XRP jumps 15%, while bitcoin and ether trade near record highs as Tesla, BNY Mellon and Mastercard warm to cryptocurrencies 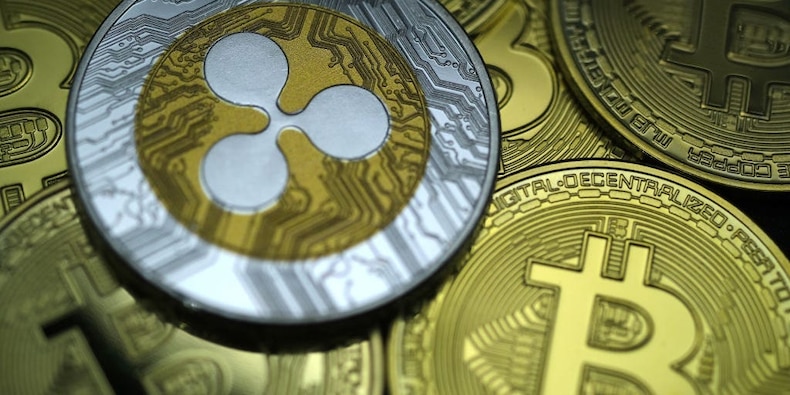 The XRP price jumped on Friday as interest in cryptocurrencies surged after Elon Musk’s Tesla snapped up $1.5 billion of bitcoin and BNY Mellon and Mastercard took steps towards using the digital tokens.

Ether, the native cryptocurrency on the Ethereum network, was up 6% to $1,769 on Bitstamp. It also off a record high of more than $1,800 reached earlier in the week.

Elon Musk’s electric-car company Tesla revealed on Monday that it had bought $1.5 billion of bitcoin and planned to start accepting it as payment.

The announcement sent bitcoin soaring to a record high of above $48,000 after languishing below $40,000 for much of the previous two weeks.

Read more: A Ruffer portfolio manager invested a portion of his $4.8 billion fund in Bitcoin. Here’s what swayed him to bet on crypto – and the 2 other ways he’s hedging against worrying speculative bubbles

On Thursday, bitcoin hit a new high of above $48,300 after BNY Mellon and Mastercard both appeared to warm to cryptocurrencies.

Mastercard announced it will allow merchants to accept select cryptocurrencies on its network starting later this year. And Bank of New York Mellon said it will issue, hold, and transfer bitcoin for clients in the future.

Craig Erlam, senior market analyst at currency firm Oanda, said: “All of this will certainly make the crypto space a more dominant feature [in the markets] in the months ahead.”

The XRP price was the biggest winner on Friday, although the Ripple network’s cryptocurrency is wildly volatile.

XRP soared and crashed in early February when a Reddit-organized buy-and-hold scheme appeared to fall apart after the price touched $0.74.

Read More: The CIO of a $700 million crypto asset manager breaks down why Elon Musk’s gradual acceptance of bitcoin means the digital currency has room to run – and shares why it’s launching an over-the-counter fund

Should Israel be investigated for possible war crimes?

The UK economy just had its worst year in three centuries