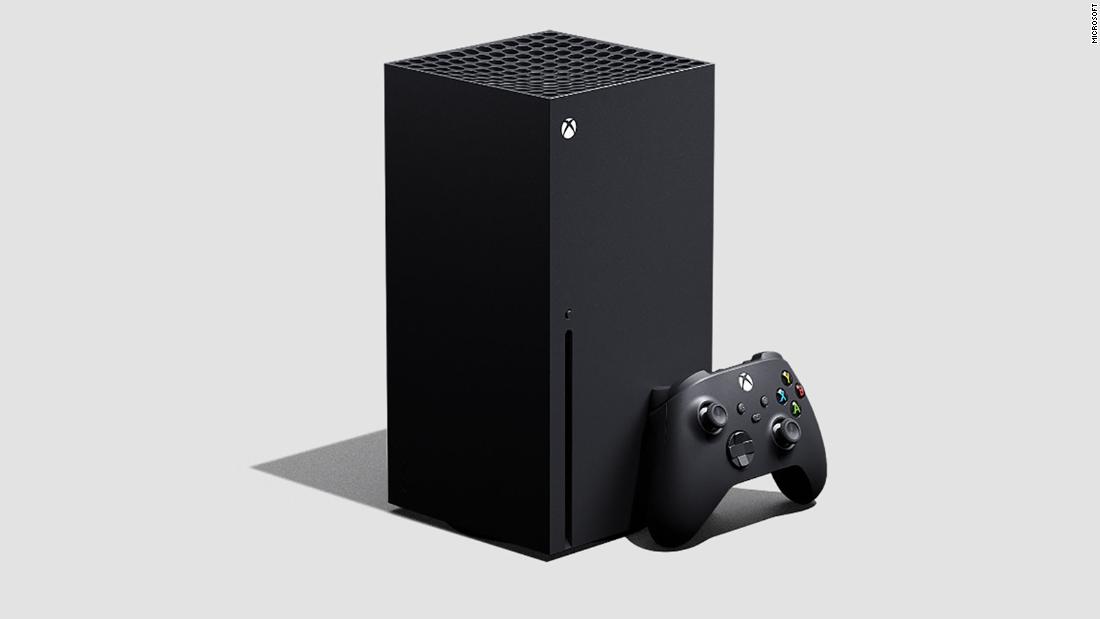 With the $500 Xbox Series X, Microsoft promises upgraded video and future-proof graphics, as well as a zippier all-around experience. Microsoft claims gamers should expect performance improvements to hold up for eight or 10 years as the device’s cutting-edge features like 8K video playback and ray-tracing, which might have little impact on game play now, are adopted by more game companies in the future.

If you’re settled on Microsoft’s ecosystem, you might be wondering if shelling out an extra hundred bucks or so for the $500 Xbox Series X is worth it when there’s a slightly less powerful Xbox Series S that plays all the same games for a more wallet-friendly $300. Does the Series X differentiate itself enough to justify the price tag?

How powerful is it, really?

Since March, Microsoft has been bragging about the Xbox Series X’s power, speed and graphics. Now that we have the console on hand, we can put those claims to the test.

On speed, I found that the Xbox Series X can boot to the home screen a few seconds faster than the Xbox One X and open up games like “Ori and the Will of the Wisps” about twice as quickly, although load speeds may depend on your home conditions and Wi-Fi. That’s a feature that could be really important to impatient gamers, but you may not notice it if you’re not paying close attention.

When it comes to how the games look, Microsoft promised the Xbox Series X would deliver a “massive increase” in graphics performance by using new features like ray tracing, which is only available on select games and adds more realistic shadow and lighting effects.

For all its claims, I found the graphics on the Xbox Series X only slightly better than those on the Xbox One X from a few years ago. The visuals on the Series X show more detail and vivid colors in optimized versions of games like “Gears 5” and “Ori and the Will of the Wisps,” which might be worthwhile to some. You’ll see a noticeable difference in how the light and fire play out against the backdrop of debris and rubble in “Gears 5” and how the waterfall shimmers in “Ori,” but you may have to blink twice to be sure, as it’s not a massive change.

I chose to compare the Xbox Series X to the One X and not the original 2013 Xbox One because it illustrates how the Series X compares to the latest and greatest on the market. And while the improvement in graphics does feel exciting, not everyone will notice the difference.

Beyond graphics, questions remain about Xbox Series X’s advertised 8K capabilities. 8K is the latest advance in screen resolution and it can mean much richer worlds on display, but it also comes with a hefty price tag. Meanwhile, 4K TVs are far more affordable.

In the short term, we’re not quite there yet, as most TVs still don’t support 8K and developers haven’t released any notable 8K games. Though I have an 8K television, the Xbox Series X I reviewed didn’t give me an option to enable 8K in its settings.

Microsoft told CNN Business that while the Xbox Series X is “fully capable of 8K output,” it hasn’t enabled the option in settings because there are no games that support 8K yet. It plans to add the option into the settings menu once games start supporting 8K.

The console currently allows up to 4K graphics at a silky 120 Hz.

The Xbox Series X is quieter than the Xbox One X. Both consoles have fans to disperse hot air that can reach temperatures of up to 120 degrees, but the latest generation console has been refined for a less noisy experience.

Games you can play

Where the Xbox One X — and Microsoft’s Xbox line in general — lags behind other console lines is in games.

Without launch availability of its flagship title, “Halo Infinite,” which is delayed until 2021, the new Xbox line doesn’t have a custom-tailored blockbuster game ready to showcase its next-gen power.

When preparing for this review, I had to scrounge around for games that I could play on Xbox Series X that had been optimized in time for my deadline.

So I simply played compatible titles like “Gears 5,” “Ori and the Will of the Wisps,” “Yakuza: Like A Dragon,” “Sea of Thieves” and “Destiny 2.”

While Sony will have launch-day exclusive titles like “Spider-Man: Miles Morales” and “Astro’s Playroom” available to showcase its new console’s controller and specs, Xbox will have exclusive titles, like “Grounded” and “The Falconeer,” that are less attention-grabbing. It might seem that Xbox is repeating the failures of the Xbox One.

As a reminder: In 2013, the last time Sony and Microsoft released dueling next-gen consoles, the PlayStation 4 had lots of exclusive games, but the Xbox One’s top 10 bestselling games didn’t include any of its own exclusives, according to NPD Group. On average, people used their Xbox consoles to play “Grand Theft Auto” and “Call of Duty” and not so much “Halo” and “Forza.” Sony’s PlayStation 4 vastly outsold the Xbox One, 109 million units as of early 2020 to the Xbox One’s estimated 49 million units, according to Ampere Analysis.

There’s evidence that Microsoft is working hard to change this. It acquired Zenimax, parent company of Bethesda, it announced in September, gaining ownership of popular franchises like “Fallout” and “The Elder Scrolls V: Skyrim,” and “Doom.”

Microsoft hasn’t said yet if it will make Bethesda’s games exclusive to Xbox, but if they do, that could provide more incentive for gamers to choose the Xbox ecosystem over PlayStation’s.

For now, the Xbox’s main edge on PlayStation is the Xbox Game Pass, its $9.99 per month digital access subscription service. Sony offers its own $9.99 PlayStation Plus subscription, but it doesn’t come with as many free games as the Microsoft service.

But you don’t need Microsoft’s $500 Xbox console to access the Game Pass — gamers with the cheaper Series S console can, of course, get a subscription — and the games that run on Xbox Series X, including the upcoming “Halo Infinite,” will also run on the Series S and older consoles.

Xbox has said thousands of its older titles will be playable on the Series X and S.

Everything else you need to know

Navigating through the console’s menus, from its store to the media apps it offers, is relatively simple and intuitive. If you need to change the display settings, you’ll find it very quickly in settings, and a quick tap on the homepage gets you anywhere you need to go.

Similarly, when you open a game on the Xbox Series X that you had already been playing on the Xbox One X, it can cross-save, so you can easily pick up where you left off. It’s almost like watching Netflix on your phone and then switching back to your TV. This was a feature I was looking to have because there is nothing worse than completing a game all the way through and then buying a new console that asks you to start all over at the beginning.

The Series X is smaller than the towering PlayStation 5 and has a sleeker, more minimalist design.

The newly designed Xbox Series X controller keeps a lot of the older features of the Xbox One controller but makes some key tweaks. It introduced a new, circular D-pad that’s a bit nicer looking and a new share button for a quick and convenient way to take screenshots and video.

The controller has also been upgraded to a USB-C port but it can still use double AA batteries instead of charging.

The Xbox Series X comes with 1 terabyte of storage and you can purchase additional storage and insert it into the console. One terabyte was just enough to load up about 19 blockbuster games before I ran out of space.

Xbox Series X has a wide selection of apps including YouTube, Netflix, Disney+, Funimation, Spotify, Showtime and more. That’s good news for any gamer who uses their Xbox as a one-stop shop for entertainment.

The Xbox Series X arrives on November 10 and costs $500. It’s a powerful console with forward-thinking technology — technology that’s not all that useful yet — but it’s still missing a flagship game to wow gamers.

That’s not uncommon for consoles at launch, but in time, we’ll see if gamers feel compelled to try the newest and flashiest console in the Xbox ecosystem over the $299 Xbox Series S, which offers slower load speeds and caps out at a lower 1440P resolution. In its current condition, it may need to do more to win over fans and convince them to upgrade. Our suggestion: wait for “Halo Infinite” to arrive, which will give us a true sense of whether Microsoft’s next-generation console is really worth it.