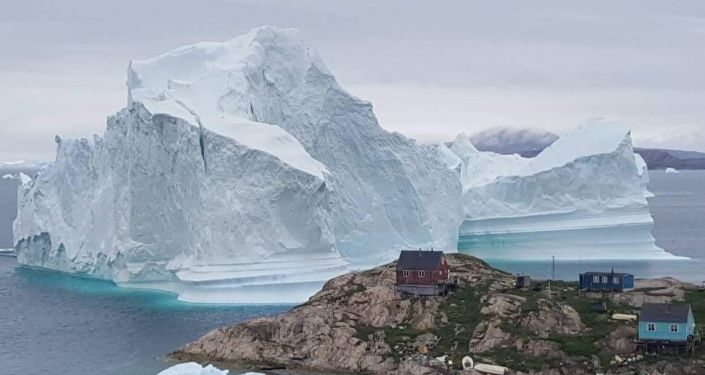 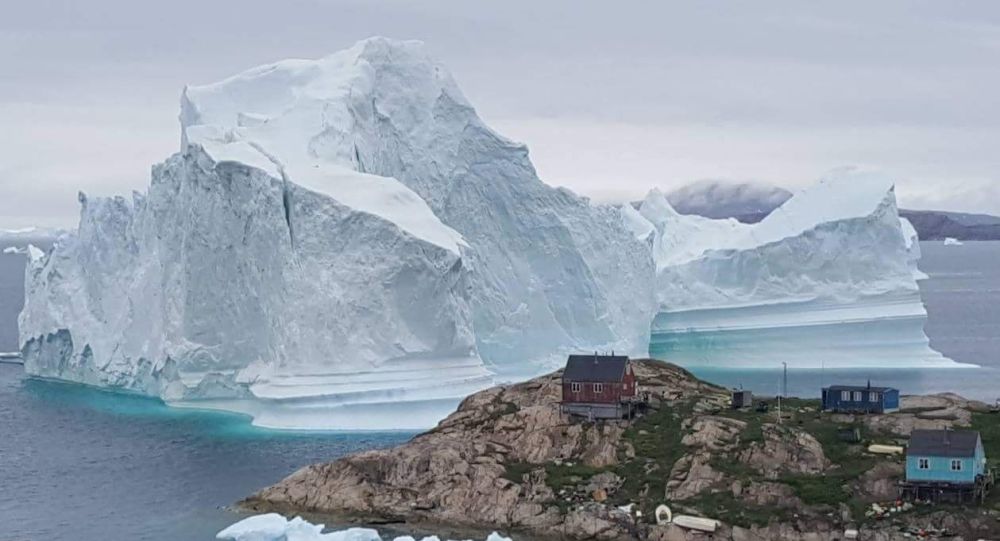 The 150km-long A-68A iceberg, which broke away from Antarctica’s Larsen C ice shelf in 2017, could lead to widespread disruption of wildlife and shipping routes in the area where the giant floating ice island is predicted to strike.

A gigantic Antarctic iceberg as big as a small country is heading toward the island of South Georgia, leading to worries that it could harm the British territory’s economy and wildlife.

The iceberg, named ‘A-68A’, broke away from the Larsen C ice shelf on Antarctica’s peninsular eastern coast in July 2017 and equals the entire island of South Georgia in size, where it is feared to be heading towards.

Since it broke off, the 150km (93 mile) long and 48km (30 mile) wide ice lump, the largest in the world currently, has drifted around 1,400km north, through what is known as “iceberg alley” and is now about 500km from South Georgia.

​“It is absolutely huge and it’s the largest iceberg around in the Southern Ocean”, said Dr. Sue Cook, a glaciologist with the Australian Antarctic Program Partnership.

Cook told the Guardian on Wednesday that the iceberg was following a similar path to others that have broken away from the South Pole continent but its final destination is currently unpredictable due to weather, currents and the shape and size of the ice structure.

“It’s lasted for three years, which is longer than was expected”, she said.

She said that the ice island is currently 500km off South Georgia at the moment, but given its 7200 sq km size, “I can see why people would be concerned. Because most of it is under water, it will project a long way underneath, which means it’s easy for it to run aground, and that’s also common”.

Cook said that, depending on the iceberg’s ultimate destination, it could disrupt the routes that animals use to access feeding grounds.

“It scrapes along the seafloor and affects those communities of animals there. If you get one stuck in the wrong place it can affect shipping”, he said.

Satellite monitoring has suggested that it is more likely to float closer to South Georgia before sinking to the ocean floor.

Concerns have been raised by Prof. Geraint Tarling of the British Antarctic Survey about the potential impact on South Georgia in a collision with the iceberg.

“A close-in iceberg has massive implications for where land-based predators might be able to forage”, he said.

“When you’re talking about penguins and seals during the period that’s really crucial to them – during pup and chick-rearing – the actual distance they have to travel to find food really matters. If they have to do a big detour, it means they’re not going to get back to their young in time to prevent them starving to death in the interim”.

Tarling explained that while the ecosystem bouncing back is possible, there remains a risk that the ice island could remain in place for over a decade.

“That would make a very big difference, not just to the ecosystem of South Georgia, but its economy as well”, he said.

The iceberg has gone through a renaming since it broke off from Antarctica’s Larsen C ice shelf 3 years ago. Initially sizing around 175km long and about 50km wide – larger than Luxembourg – the European Space Agency claimed that the structure broke off a chunk, leading to a naming convention which saw the largest section re-classified from A-68 to A-68A and the smaller piece labeled A-68B.

A-68A reduced again this year, after another piece broke off in April, spawning A-68C.

Dr Andrew Fleming of the British Antarctic Survey told the BBC that A-68A could also spin around South Georgia and float into warmer waters, where it would be broken apart at a faster rate.

If the iceberg were to submerge, all creatures living on the seafloor would be crushed, creating an intrusion that could not be reversed for a long time, according to reports.

Live election results and news on the Trump-Biden presidential race