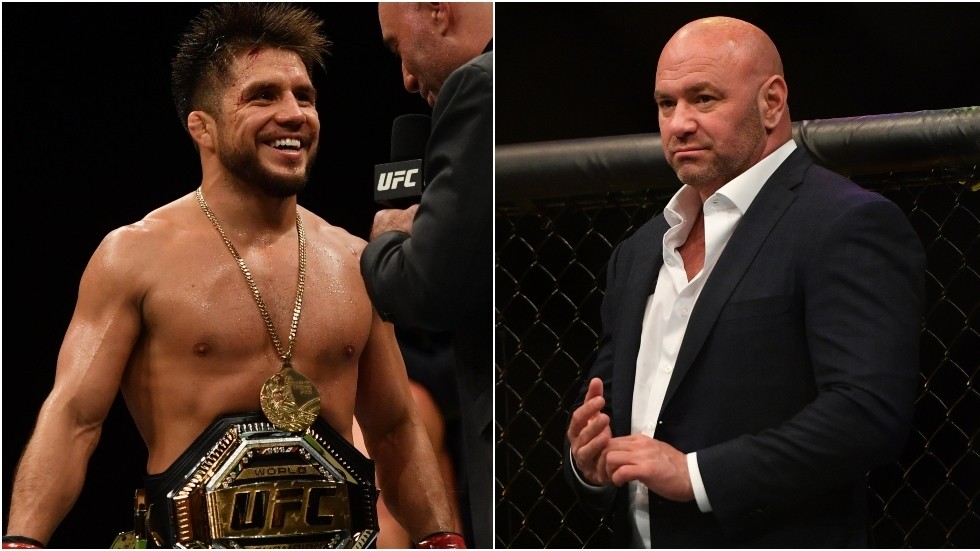 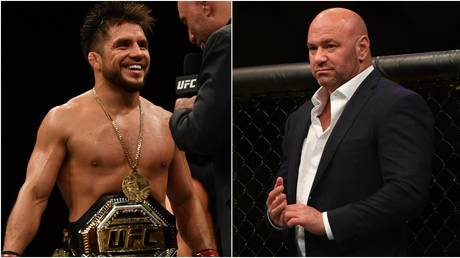 Former two-weight UFC champion Henry Cejudo proved he is still very much worthy of his ‘King of Cringe’ title as he attempted to console Donald Trump supporter Dana White while angling for an octagon comeback.

Former flyweight and bantamweight ruler Cejudo, 33, announced he was calling time on his career after his second-round victory at UFC 249 against Dominick Cruz back in May.

But the American – who also boasts an Olympic wrestling gold medal to his name, giving him the moniker ‘Triple C’ – has since teased an interest in ending that exile to face current UFC featherweight champion Alexander ‘The Great’ Volkanovski, in what could earn Cejudo a title in an unprecedented third weight class.

Forcing the issue, Cejudo attempted to play on UFC boss Dana White’s affiliation with Donald Trump and his seemingly doomed bid at re-election.

“Yo, @danawhite why don’t you wipe your tears from this election! Allow me to make the Ultimate Fighter Great Again! – C4,” Cejudo implored in a message on his Facebook account.

Cejudo shared the message along with a suggestion that he and Aussie slugger Volkanovski could lead rival teams on the next series of reality TV show ‘The Ultimate Fighter’, which would culminate in a contest between the pair in the octagon.

It’s not the first time ‘Triple C’ has voiced an interest in stepping up to 145lbs in a quest for more UFC gold, although when asked about that prospect back in the summer White seemed less than enthused.

“[Cejudo’s] retired. I just did another interview where people are asking me about other retired guys. These guys are retired. I’m not even thinking about any of those guys. They’re retired. There are so many kids right now that are here, that want to fight. Those are the people that I’m focused on,” White said at the time.

Volkanovski last fought at UFC 251 in July, when he defended his title via a split decision victory in a rematch with former featherweight champion Max Holloway.

The Aussie has said he sees his next title defense as coming against Brian Ortega, who earned a decision win over fellow contender ‘Korean Zombie’ Chan Sung Jung at UFC Fight Night in Abu Dhabi last month.

White, meanwhile, may well be disappointed at what increasingly looks like an election defeat for his friend and ally Trump.

The UFC boss joined the Republican incumbent on the campaign trial, stumping for him and also being filmed leaving the presidential limousine after consultations with Trump not long before Election Day.

Cejudo himself also met the president during a campaign in which Trump drew on support from MMA fighters including welterweight fan favorite Jorge Masvidal.

In the build-up to UFC Fight Night in Las Vegas this weekend, White appeared unconcerned at any suggestion that a victory for Democrat nominee Joe Biden could have an adverse affect on the UFC.

“I don’t think [Biden will come after us] but who knows? I don’t know.”

At the time of writing, White had also not responded to Cejudo’s attempts at leveraging Trump’s impending defeat to boost his own ambitions of an octagon return.

This Muslim basketball player refused to take off her hijab, opening new doors for athletes of other faiths