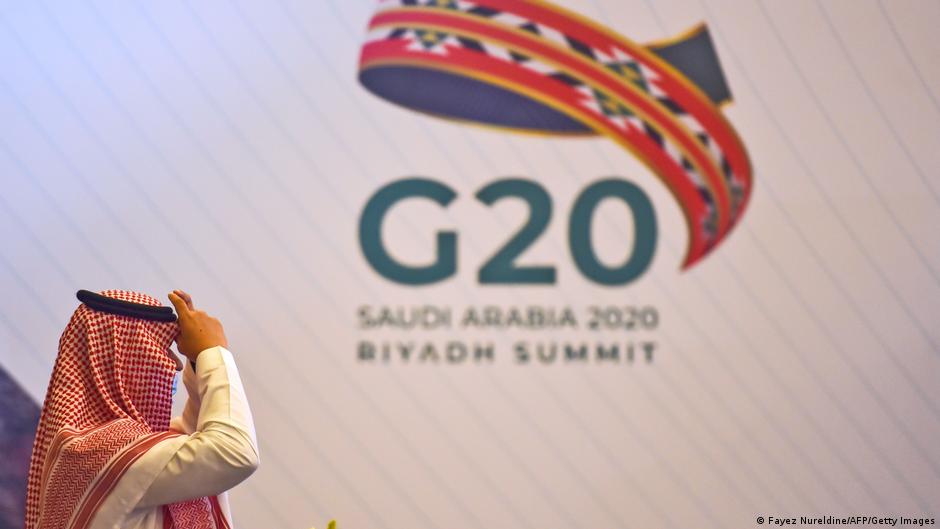 Saudi Arabia’s state-owned petroleum giant, Saudi Aramco, has emitted significantly more CO2 than any other major fossil fuel company on earth over the last half century. Emissions have slowed due to the coronavirus pandemic, but Saudi Arabia’s extremely weak CO2 reduction targets and rallying of resistance to climate action has made it a pariah in global efforts to decarbonize and fight global heating.

But as Saudi Arabia hosts the virtual G20 Leaders’ Summit on November 21-22, it will help shape a $5 trillion pandemic response stimulus package that is to include clear climate mitigation measures.

The G20 chair has indeed been talking up climate and sustainability in the run-up to the summit as crude demand and prices fall drastically in the wake of the pandemic —  Saudi oil revenues dropped45% year-on-year in the second quarter of 2020.

“The Saudi Presidency plays a leading role in advancing strategic plans to tackle climate change,” read a Tuesday statement in support of the G20’s “Safeguarding the planet” slogan. It added: “As a global energy producer, it seeks to find a solution through innovation and collaboration with G20 members to create a sustainable framework for growth during and after the pandemic.” 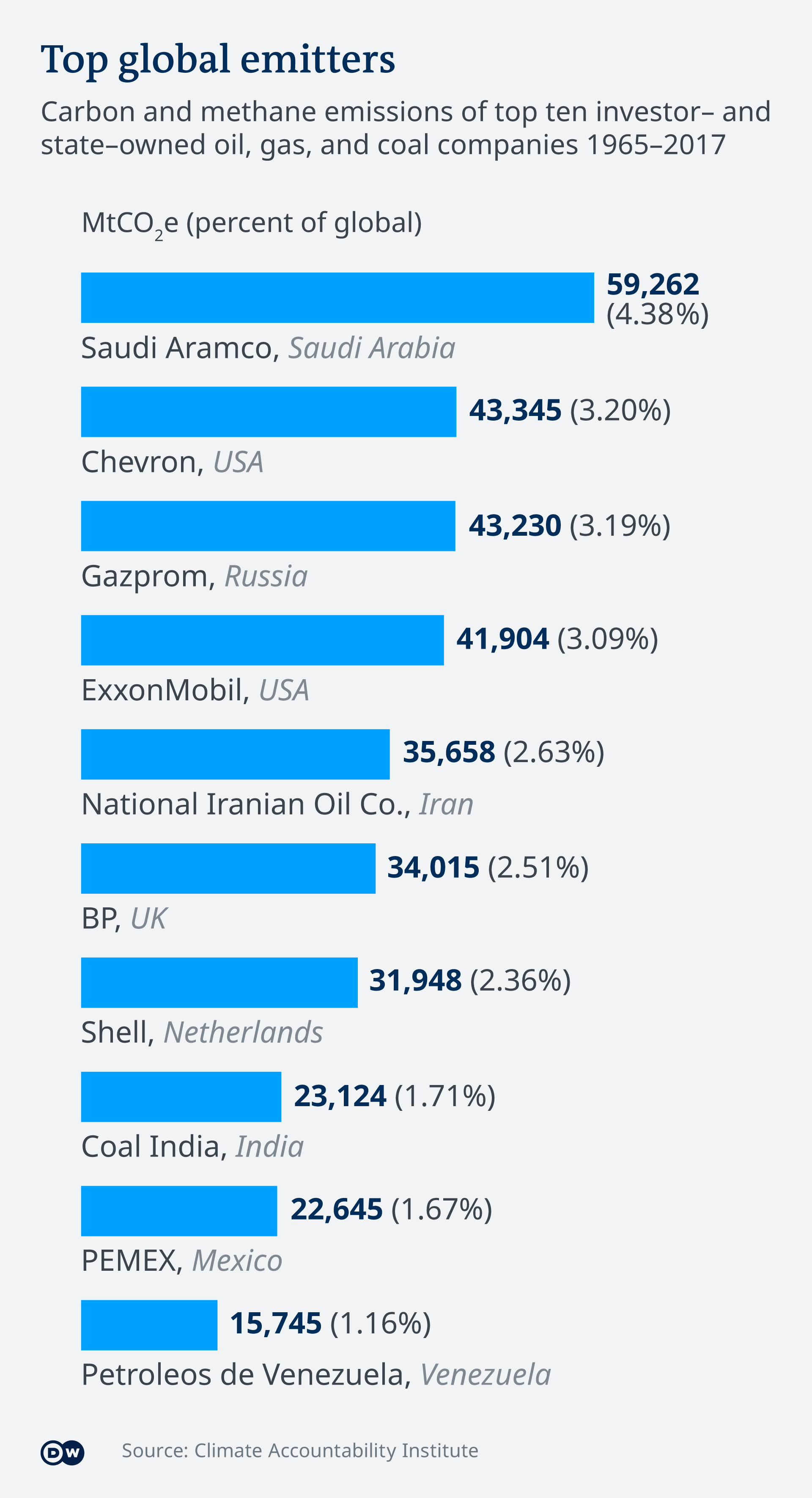 But actions have failed to live up to the rhetoric. The world’s largest oil exporter has reportedly censored discussion around fossil fuel subsidy removal that the G20 plans to implement by 2025.

It has instead pivoted to a “carbon circular economy” model that looks for ways to capture and reuse CO2 and avoid “the need to phase out oil,” said Joanna Depledge, the editor of Climate Policy, a US peer-reviewed journal covering climate change policy, and an expert on Saudi climate politics.

Moreover, Saudi Arabia’s own pandemic recovery plan aims to bail out an oil industry that brings in over 60% of government revenues, and does not mention climate or “green measures.”

Saudi Arabia isn’t the only G20 nation that has given unequivocal support to fossil fuel industries in the wake of the pandemic without attaching climate conditions.

According to the 2020 Climate Transparency Report, an annual collaboration between 14 think tanks and NGOs across G20 countries, only four G20 countries including France and Germany funded green sectors to a greater extent than fossil fuel and emissions-intensive industries.

Though the EU has promised to commit 30% of its recovery package to tackling climate mitigation, the 19 G20 nations have financially supported domestic oil, coal and gas sectors without demanding climate commitments in exchange. This risks cancelling out the 0.1% drop in energy-related CO2 emissions in 2019, which was achieved through climate policies after a near 2% increase in 2018.

In this context, “it’s not terribly unexpected that Saudi Arabia doesn’t have much in the way of climate recovery,” said Mia Moisio of the New Climate Institute, a Germany-based climate change think tank. 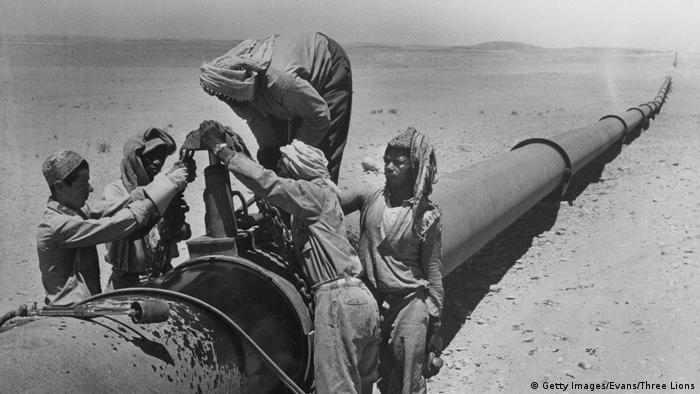 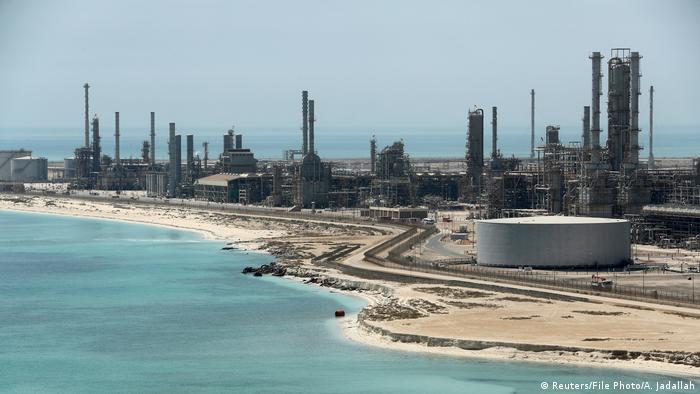 Since 1965, Saudi Arabia’s massive petroleum pumping infrastructure has emitted significantly more greenhouse gas than each of its big oil competitors

Despite the conflicting climate signals leading into the G20 summit, Saudi Arabia’s own record on climate is especially dire. The oil powerhouse continues to be ranked rock bottom on climate mitigation in the annual Climate Change Performance Index due to its high greenhouse gas emissions and low renewable energy uptake.

Though Saudi emissions are expected to drop by 6-9% over a decade as a result of the pandemic, its 2030 climate targets still remain “critically insufficient,” according to the latest Climate Action Tracker. It expects Saudi emissions to increase 75–95% above 2010 levels in 2030.

A 2020 upgrade to its Paris climate targets will unlikely be much improved, said Moisio, who is also the author of the Climate Action Tracker’s Saudi Arabia country report.

“Saudi Arabia’s NDC (Paris agreement targets) is an embarrassment,” Depledge said. “It is shocking for such a high emitter and such a wealthy country. Up until now, the antipathy of the Trump regime to strong action on climate change has given them cover.”

DW reached out to the Saudi minister of energy, Prince Abdulaziz bin Salman Al Saud, for comment on the country’s climate targets but had not received a response at time of publication. 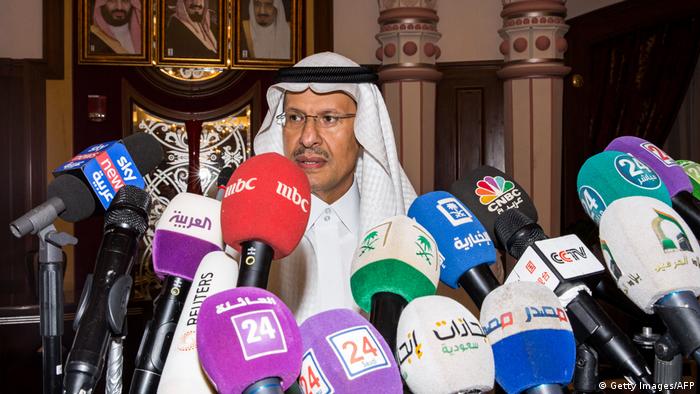 Two years ago, Mohamed Adow, international climate lead for Christian Aid, a UK charity established to fight global poverty, called Saudi Arabia a “climate villain” — along with Russia and the US — for refusing to endorse an Intergovernmental Panel on Climate Change (IPCC) report at the 2018 UN climate summit in Poland.

The Saudis again led the charge the following June as delegates at a UN climate meeting in Bonn, Germany blocked a final statement for referencing the IPCC Special Report on limiting global warming to 1.5 degrees Celsius (2.7 degrees Fahrenheit).

“Saudi Arabia is the main protagonist in this attack on science, although the US has come to its aid,” said Jan Kowalzig, speaker for climate change and climate policy poverty eradication at NGO Oxfam at the time —  referring also to the climate denial of the Trump administration.

Joanna Depledge has long been writing about Saudi climate obstructionism, going back to efforts in 1995 to prevent negotiations on what became the Kyoto Protocol. “All eyes are focused on China, the US, the EU to some extent, which allows Saudi Arabia — the real obstructionists of the process from the beginning — to get away with such retrograde behavior,” she said.

Despite this history of obstruction, Saudi’s state oil enterprise has more recently talked up climate mitigation via a circular economy (“reduce, reuse, recycle and remove”) approach.

Saudi Aramco’s commitment to “addressing the climate challenge” is primarily through “low carbon intensity oil.” According to data from Stanford University, the well-to-refinery carbon footprint of its crude oil is much lower than most global competitors — less than a quarter of Iranian crude oil, for instance, and around one third of Iraqi petroleum — due in part to low flaring of associated gas.

Saudi Aramco has also diversified into petrochemical plastics, and is converting captured CO2 and other gases into industrial products and manufacturing feedstocks. It also wants to market its vast LNG reserves as the “bridging fuel” for decarbonizing China, despite growing opposition to gas due to high methane leakage.

These fossil fuel byproducts will only exacerbate oil production and will delay the global push toward zero emissions in the next 30 years, said Moisio. “If the 2050 target is to be met, there must be almost no oil.”

The world’s most profitable company, Saudi Aramco will be buoyed by news that oil production is expected to recover, at least in the medium term. The International Energy Agency’s latest World Outlook assumes that after the corona crisis, global oil consumption will again be above 2019 levels in 2024. 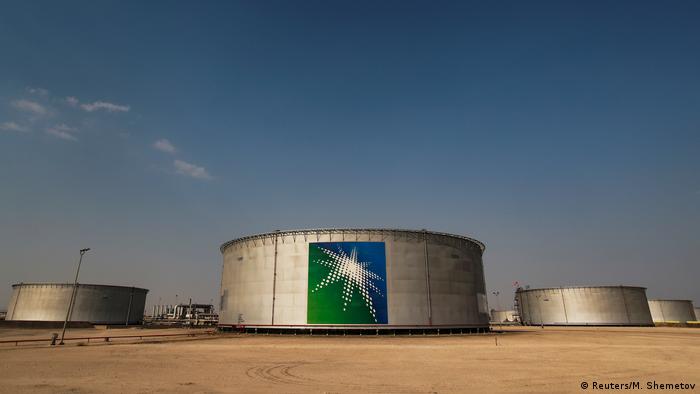 Right now, the Saudi government is maintaining low domestic oil and energy prices with huge subsidies. Investment in solar power might be one casualty, with Mia Moisoi noting that only 0.4 GW of a promised 2023 target of 23.9 GW has been reached.

“Saudi Arabia won’t be able to afford such generous subsidies anymore, especially with oil prices remaining low,” said Depledge. “But it will be a slow decline.”

She sees the failure to embrace renewables as a missed opportunity in the wealthy, sun-drenched nation.

“There’s so much that Saudi Arabia could do to redirect its technological investment and vast resources to such ground breaking green technologies,” said Depledge. “It’s wasted 30 years in obstructing, denial and foot-dragging.”

Here’s how bad the military’s aircraft readiness has gotten

Scientists crack ‘the Brazil-nut’ puzzle, how do…