Why mega-cap tech stocks could rally another 15% by year-end under a Biden-helmed split government, according to Wedbush | Markets Insider 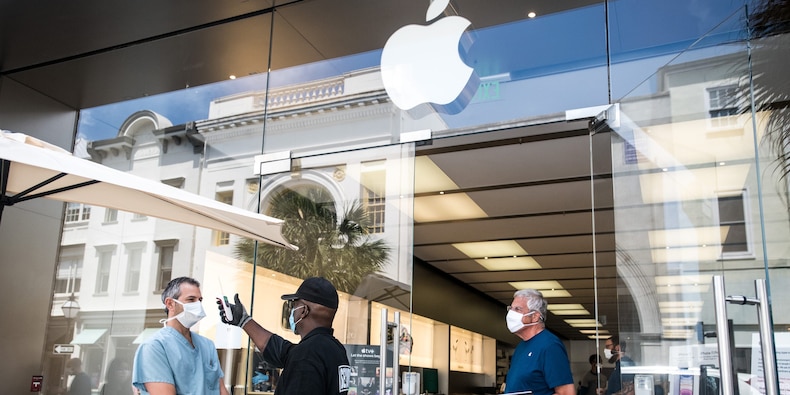 A Joe Biden-led White House and Republican Senate is the “Goldilocks election outcome” that will send technology stocks higher into year-end 2020, according to Wedbush.

In a Monday note, a team of analysts led by Dan Ives said that tech stocks could rally another 10%-15% by the year end, with FAANG stocks, cloud software stocks, and cyber security names leading the way.

Ives said his favorite stock within FAANG is Apple, as the tech giant has launched a 5G enabled iPhone 12 and has a services business that thrived during the pandemic. He’s also bullish on Amazon, Facebook, and Alphabet, writing that all of these companies listed tailwinds in the September quarter.

Within the cloud software sector, Ives likes Microsoft and Salesforce. He also said Zscaler is his favorite cyber security name.

Read more: Morgan Stanley says to load up on these 10 stocks featured on the firm’s ‘buy list,’ which has dominated the broader market this year

Wedbush’s bullish call for tech stocks under a divided government is largely pegged to the US’s relationship with China. Under a Biden presidency, Wedbush expects the US to take a more friendly tone with China’s technology and policy issues and ratchet down tensions across the enterprise and consumer technology space. Ives added however, that it’s unlikely the longstanding issues around piracy and intellectual property theft will go away.

“With a Biden presidency now official, tech investors should expect a ratcheting down of US/China tensions and the ‘decoupling path’ of the Cold Tech war, which is a bullish sign for Apple and semi stocks looking ahead,” Ives said.

A tech risk under a “Blue Wave” election outcome was increased antitrust regulation from the Senate. Now that the Senate appears Republican, chances of major legislative changes to antitrust law are off the table, said Ives.

“While the DOJ suit vs. Google and potentially others on the horizon remains a long-term threat with litigation likely to go for years, for now the Beltway vs. Big Tech regulatory environment looks less onerous than it could have in a Blue Wave scenario,” Ives said.

Read more: A team of Wells Fargo investment strategists who studied the latest election results shares how exactly to play the most likely outcome with stocks, bonds, commodities, and tax strategies

The Future of McDonald’s Is in the Drive-Thru Lane