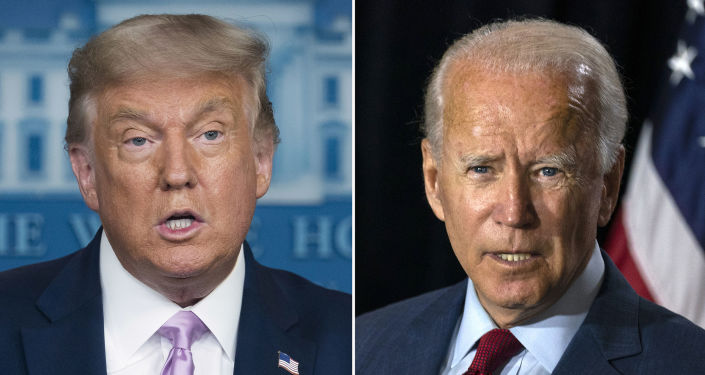 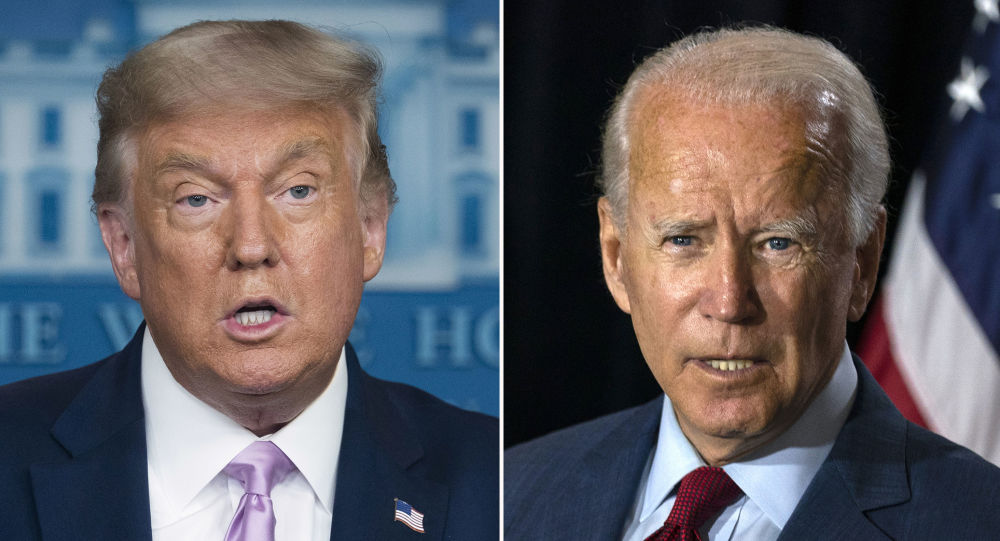 Presidential contenders Donald Trump and Joe Biden are going neck to neck in the 2020 race. American observers have discussed what can affect the election odds of either candidate and why this knife-edge race may end up in the Supreme Court.

Several key battleground states, Wisconsin, Michigan and Pennsylvania, who may determine who will be in the White House after January of next year, are still counting votes. As of mid-night following Election Day, the incumbent president showed strong early leads in the states. However, Philadelphia, PA temporarily suspended the count early on Wednesday. Given that hundreds of thousands of mail-in votes have yet to be tallied, Pennsylvania’s results won’t be known until Friday, electoral officials say, as quoted by ABC News.

Early on 4 November, President Donald Trump announced that he believes that he has won the election and vowed to take the matter to the Supreme Court in the event of potential election fraud.

“We are up big, but they are trying to steal the Election. We will never let them do it. Votes cannot be cast after the Polls are closed!”, the president tweeted.

“First of all, [Trump] hasn’t won, certainly not yet,” says Dr Mark Shanahan, an associate professor at the University of Reading. “There are millions of votes still to be counted. And his path to victory very much hangs in the balance with the upper Midwest states. So he is very premature in his claims.”

Given the already deep polarisation within American society, any premature declaration of victory may escalate tensions even further, warns Shanahan.

“Trump always plays high stakes poker,” he says. “And this is a very risky strategy. It was really quite chilling to hear his speech a little while ago. The American system relies on candidates supporting the integrity of the system.”

For his part, Scott Bennett, a former US Army officer and political analyst, believes that the incumbent president has not overestimated his election odds: “The American people are naturally conservative and traditional family values people,” he notes. “Americans are choosing Trump over Biden because Trump will open up all the states, open up the economy, and open up the schools for Americans, and this will also help boost the world’s economy.”

Although the “deep state”, US left-wing media, Hollywood celebrities and Big Tech have teamed up to campaign against Trump, the incumbent president has actually outperformed the polls insisting his Democratic rival had a stable two-digit lead, according to the analyst.

“Trump views these monopolies as very dangerous to freedom of speech, and Trump will file anti-Trust actions against these companies in his next term,” he says, referring to Twitter and Facebook’s repeated attempts to censor the president and conservatives during Trump’s tenure.

Poll workers sort out early and absentee ballots at the Kenosha Municipal building on Election Day on Tuesday, Nov. 3, 2020, in Kenosha, Wis.

Who Will Take Michigan, Wisconsin and Pennsylvania?

As expected, swing states have become the election’s major battleground. According to preliminary results, Trump has taken Texas, Ohio, Iowa and Florida, while Biden has won New Hampshire and Arizona. The Democratic nominee also shows a strong lead in Wisconsin and Nevada, while the incumbent president may potentially come out on top in Georgia, Michigan, North Carolina and Pennsylvania.

“Actually the expected states have gone to the expected people”, says Shanahan. “And while Ohio used to be a bellwether state, it probably is less so now. The population has got older, generally, they have moved a little bit more conservative over the years… If one stood back from the immediacy of the campaign, Trump was always likely to win Florida, Texas and pretty much across the Sunbelt. The one that he lost or looks as though he’s lost – Arizona – is damaging to him.”

Biden was not expected to win Arizona, says the academic, suggesting that it will improve the former vice president odds as he managed to grab some Electoral College delegates away from Trump’s column.

Nevertheless, Trump’s on ground game appears to look better, according to the professor: “[Trump]’s got the Republican vote out where it’s mattered,” Shanahan notes. “And the attraction that the Democrats thought that Biden would have for working class voters really hasn’t come through. He’s also looks as though he’s underperformed, particularly with Cuban-Americans, and generally with Hispanic Americans.”

Still, all eyes are now on the mid-West, with Michigan, Wisconsin and Pennsylvania at stake:

“The real swing states that were always going to matter most are the upper Midwest states”, the professor says. “And it looks like once again, the election will come down to which way they fall, whether it be for Trump or Biden in very, very close elections. And it may well be that Biden could still prevail if he wins even two out of three of those. But it’s going to be ever so close.”

US May Still Not Have a Clear Winner on Friday

With election data still coming, it appears that the two presidential contenders are going to remain on a “knife-edge” with elections too close to call, the professor says.

He believes that probably by Friday the Americans might get Pennsylvania results, with Michigan and Wisconsin ballots being counted in the coming hours. Still, this does not mean the end of the fight, according to the academic.

“They’re going to be very, very close“, Shanahan suggests. “So I really wouldn’t like to put a bets on this. If Biden wins narrowly, Trump will dispute it. I suspect we still won’t have a clear winner and that is when the lawyers will be tooling up and we’ll be heading for federal courts at various levels. And this may be on the way to the Supreme Court, but there has to be a very clear reason why election results are disputed. So we won’t have clarity, certainly today. And this could run for quite some time yet.”

The GOP has already filed a lawsuit in Pennsylvania on Tuesday challenging the state court’s decision to extend the date for receipt of mailed ballots for three days. The Republicans fear that the three-day extension could open the door to potential fraud. Many more lawsuits may pop up in case of tight election results evoking strong memories of Bush v. Gore case in 2000, US media say.