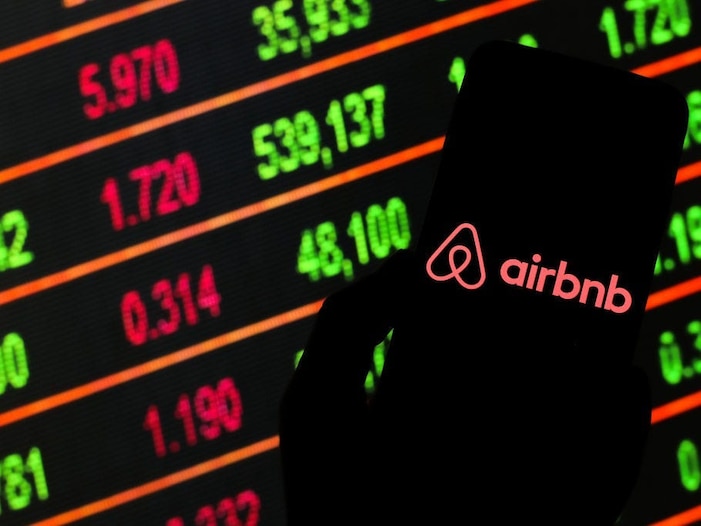 Airbnb finally filed for its much-anticipated IPO on Monday, the most concrete move it has taken towards going public in a tumultuous year for the home-sharing and hospitality giant.

Airbnb’s September 2019 announcement of its intention to go public was made before the first known case of coronavirus and the company was valued at $31 billion, and hadn’t had to raise venture funds since 2017.

Since then, the pandemic has put unprecedented pressure on the global travel and hospitality industry. Airbnb felt the pain acutely with bookings dropping down 67% year over year in the second quarter. Through the first half of the year, the company incurred net losses of $916 million on revenue of $1.18 billion, and had to lay off 25% of its staff, or about 1,900 employees.

The company also took out two $1 billion loans to keep cash flow during the slowest periods, one of which is more than 10%.

While the company’s fortunes have been looking up in the third quarter, with the company making $219 million on $1.34 billion in revenue, it is filing to go public as the world faces a second wave which has already caused Europe to go back into lockdown while coronavirus cases in the US reach record highs.

So why might the company be looking to go public at a time when the outlook for its business is much more complicated than it was before the pandemic? There are a few contributing factors, beyond the company’s 2019 announcement, for why they might be going ahead in 2020.

The company may be going public to protect the stock options for some of the company’s most tenured employees that have been reported to expire at the end of the month and mid-next year,. After the company’s widespread layoffs led some employees to be disappointed in the company, according to New York Times reports, there could also be a major morale boost in giving employees access to their options.

Read more: Airbnb just revealed it’s under examination by the IRS, which is proposing the home-sharing giant pay more than $1.35 billion in back taxes

The IPO could raise up to $3 billion dollars, according to reporting by Reuters, giving the company a bigger stockpile of money to pay off these recent costs.

While the company has had a rocky year, it has also done better than other travel and hospitality booking websites, and the short-term rental market has emerged as more popular than hotels during the pandemic. This year hasn’t been easy for Airbnb, but compared to some of its competition, it’s been successful at surviving the bump.

In the IPO filing, Airbnb had to outline the ways that the company will use the money raised by the public offering. Its answer is quite broad, noting that they will be used for “general corporate purposes, including working capital, operating expenses, and capital expenditures” and could also be used to make investments in businesses or technologies.

One area that it didn’t highlight is the repayment of two $1 billion loans it took out this year: the first from private equity firm Silver Lake Partners and Sixth Street Partners, and the second from Silver Lake, Apollo Global Management, Benefit Street Partners, Glade Brook Capital Partners, Oaktree Capital, and Owl Rock Capital.

The loans valued the company at $18 billion, according to the Wall Street Journal, a drop of almost 50% since Airbnb was valued at $31 billion in 2017.

They also didn’t come cheap. One loan has an interest rate of 7.5% plus a benchmark rate known as the London interbank offered rate, or Libor, while another has an interest rate of 10% plus Libor, according to the company’s IPO filing. The loans both have a roughly five-year term, and if carried to term they could end up costing the company at least $1.44 billion and $1.61 billion respectively. That is more than $1 billion in interest payments alone.

The filing showed how much these loans have already cost the company. Up through the end of September, the company paid interest expenses of $100.5 million. Overall interest expenses were up $100.7 million in that same period year-over-year. Interest payments during the first nine months of 2020 took up 4% of revenue, a hefty chunk for a company dealing with a threat like the pandemic.

Read more: Silver Lake has been plowing money into bets like Airbnb, Twitter, and Waymo. Here’s a look inside why it’s being called the Warren Buffett of tech.

Similarly, the company disclosed a pending investigation with the IRS over its 2013 sale of international intellectual property to a subsidiary, that could potentially cost the company more than $1.35 billion. That’s more than the $1 billion the company has set aside for tax liabilities.

Earlier this year, the New York Times reported that a group of Airbnb employees had sent a letter in 2019 to senior leadership, asking them to go public in 2020. The main reason they cited was their inability to access their employee equity, a major part of the compensation packages at a start-up like Airbnb.

While those asking were a small group of long-time employees with unique circumstances, it’s generally hard for startup employees to access their stake in a company that hasn’t gone public.

With some discontent at the company in the wake of layoffs, and the hardships of working at a company that’s dealing with the challenges of the pandemic head-on, going public is an important financial boost to the company’s employees.

The company has taken other steps to shore up employee morale: offering low-interest loans to employees, higher bonuses and raises, sabbaticals for longtime employees, increasing its retirement matching programs, and extending the company’s parental leave program, according to the Times report.

However, going public may be an essential step to retain the trust of some of the company’s earliest employees, those who also are likely to have some of the biggest windfalls of any employees when the company goes public.

This has been a tough year for Airbnb, but a 2020 IPO could also be a vote of confidence. In a year that has hit the travel industry especially hard, Airbnb has differentiated itself from its closest competitors, other travel booking websites.

Airbnb’s revenues in the third quarter of 2020 dropped 18% compared to the same quarter last year, but top competitors Booking.com and Expedia saw much more drastic year-over-year drops, 48% and 58% respectively. This could be for a lot of factors, but a leading reason may be the company’s focus on short-term rentals instead of hotels and flights.

Read more:Lyric, an Airbnb-backed hospitality startup that raised $180 million, is offloading its final property to a competitor as its founder turns to focus on software business

Vacation habits have changed through the pandemic, with many people eschewing crowded cities to spend more time in rural settings where there are less opportunities to catch coronavirus and more outdoor activities. Airbnb has more of a foothold in rural locations than big hotel chains. Airbnb saw its top 20 markets, all major cities, gross booking value decreased by 52% year over year this September, while those that booked outside of those top 20 cities were only down 19% gross booking value.

Vacation-rentals like Airbnb have also been determined by the CDC to be less risky than hotels, though of course, both are riskier than staying at home. It will likely have an advantage over other booking marketplaces while social distancing and other coronavirus precautions are in place.

While Airbnb’s absolute numbers may be down year over year, the company has shown itself to do better than its competitors. Maybe now, after a third-quarter that showed the company recovering and before a second wave of threatens to resubmit the world into lockdown, is the best time for the company to open its financials and go public.

Step Into the 10th Doctor’s TARDIS in the ‘Doctor Who: The Edge of Time’ VR Game