Who spied on journalists, again? Obama urged to self-reflect after accusing Trump of acting like a power-hungry dictator 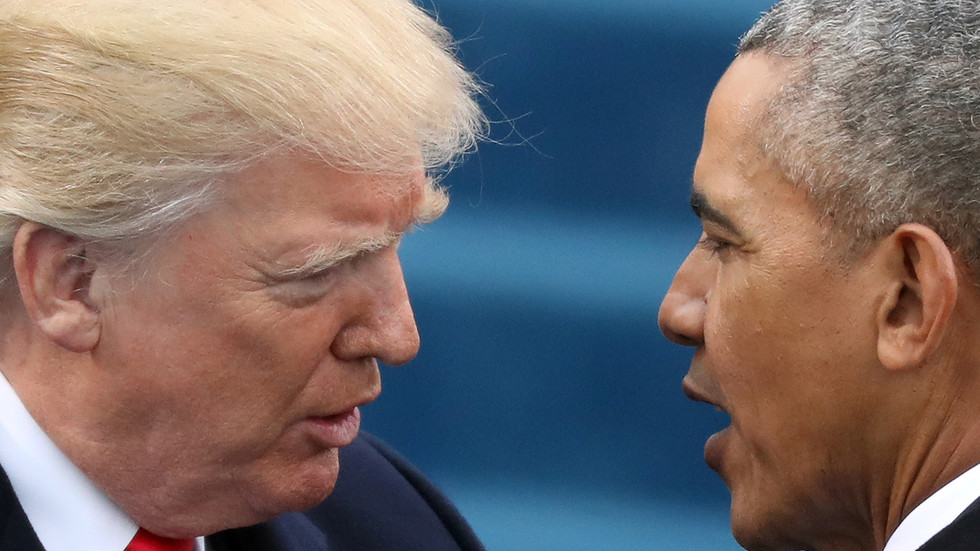 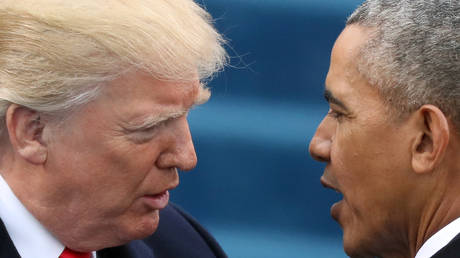 Barack Obama has suggested that Donald Trump resembles a tyrant who will do anything to consolidate power, prompting social media users to recall the ex-president’s penchant for drone strikes and wiretapping.

The former president appeared on 60 Minutes to promote his new memoir, ‘A Promised Land’, but the interview seemed to focus more on his views of the current administration. According to Obama, Trump has “accelerated” the sense that “not only do we not have to tell the truth, but the truth doesn’t even matter.”

The Democrat claimed Trump’s refusal to concede the 2020 election reveals sinister character traits in the incumbent Republican. He accused Trump of believing that “literally anything goes and is justified in order to get power,” adding that such an abhorrent philosophy is not “unique” to the US leader.

There are strongmen and dictators around the world who think that, ‘I can do anything to stay in power. I can kill people. I can throw them in jail. I can run phony elections. I can suppress journalists.’

Obama expressed hope that presumed president-elect Joe Biden would reaffirm to the world that Washington still has “values.”

Reacting to his inflammatory remarks, social media users referred back to Obama’s own White House term, noting that the ex-president might know a thing or two about “suppressing journalists.”

In 2013, the Obama administration seized records of 20 AP office phone lines and reporters’ homes and cell phones, without providing notice, as part of a probe into the disclosure of information about a foiled Al-Qaeda plot.

In a fact check article from 2018, the news service said “Trump may use extraordinary rhetoric to undermine trust in the press, but Obama arguably went farther – using extraordinary actions to block the flow of information to the public.”

AP also noted that Obama weaponized the 1917 Espionage Act, using it to prosecute more whistleblowers for leaking information to the public than all previous administrations combined.

Commenters were similarly peeved that Obama was never pressed by 60 Minutes about allegations that his administration spied on the Trump campaign.

Hey @60Minutes why aren’t you asking Obama about spying on Trump during his campaign? Or are you just gonna leave it with all the softball questions like you gave O’Biden?? I mean you have 60 minutes can’t you devote at least two of them to finding out the truth?

Others argued he had no standing to suggest that Trump was “killing people” with impunity, given the fact that the former president killed two American citizens in Yemen, alleged terrorist Anwar al-Awlaki and his 16-year-old son, Abdulrahman, despite the fact that neither had been formally charged of any crime. Abdulrahman’s 8-year-old sister was killed in a US raid in Yemen several months after Trump took office.

His DOJ literally threw a journalist into jail and tried to prosecute him, as well as bugging AP office phones.Oh, and he ramped up a drone campaign that culminated on the killing of a US citizen without trial.

Still, some Twitter users were clearly elated by Obama’s fighting words, insisting that the ex-president “humiliated” Trump without even trying.

Asia’s economies are bouncing back. The West is headed in the other direction