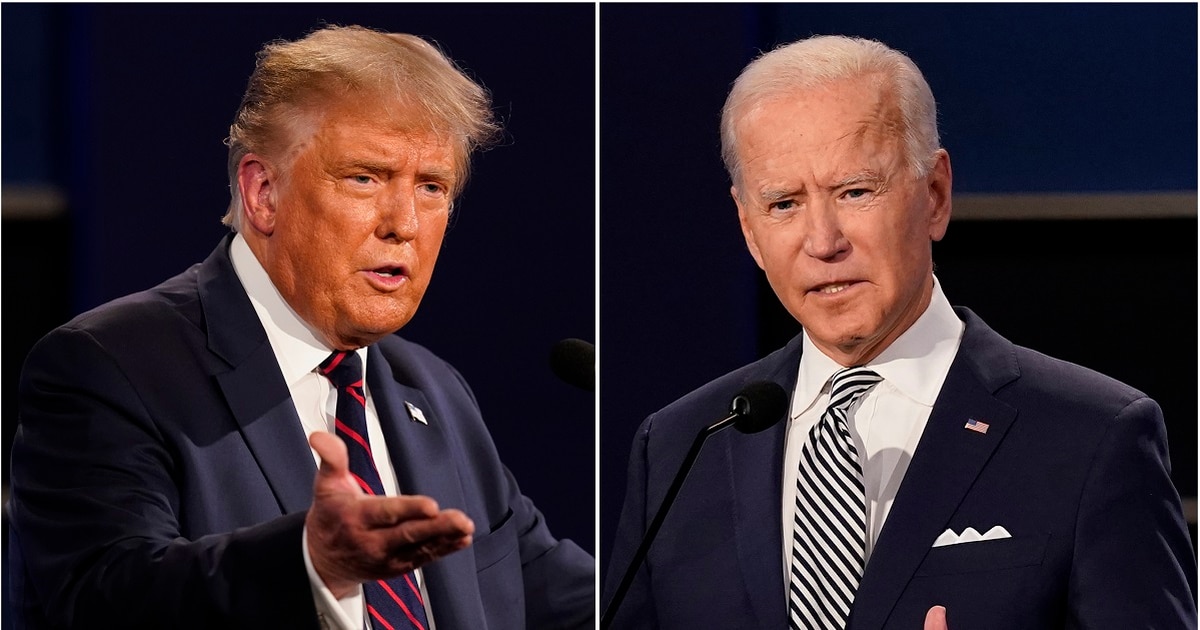 WASHINGTON ― Anyone will tell you this is the most important election in U.S. history ― unless they happen to run a major American defense firm.

In earnings call after earnings call, defense industry executives projected calm ahead of Tuesday’s election, mainly because they see the coronavirus pandemic carrying greater uncertainty (especially for firms with commercial aviation businesses). But another reason is that, despite wide projections of flat 2021 defense budgets no matter who controls the White House, industry is confident in the Pentagon’s commitment to modernization.

“We continue to believe that bipartisan support for defense spending will endure and that our portfolio is well-aligned to support our National Defense Strategy,” Northrop Grumman CEO Kathy Warden said in remarks typical of third-quarter earnings calls last week. “While we plan for various budget scenarios, defense spending is largely threat-driven and today’s threat environment warrants a strong defense. Emerging threats are intensifying, and we believe both political parties are committed to effectively countering these threats.”

If defense firms are upbeat, then Wall Street seems skeptical, with pure-play defense firms down this year and lagging the stock market, said Capital Alpha Partners’ aerospace and defense analyst Byron Callan. Partisan gridlock, he noted, is what led to the budget caps that bedeviled federal budgeting for the last decade.

“You could argue that some of this underperformance is related to concerns about what the election’s outcome could be. Even if the president wins, no one’s predicting the House will flip, and then you’ll still have gridlock in Congress,” Callan said. “Let’s say there’s a 50-50 split in the Senate. Things can get pretty sporty.”

Defense executives were comfortable making warm predictions about 2021, but the lack of comment about 2022 and 2023 was telling, said Callan. Also, Pentagon officials have warned they will have to tap modernization and readiness funds if Congress does not appropriate about $10 billion for defense contractors’ coronavirus-related expenses.

So why didn’t any CEOs use their earnings calls to amplify that message?

“That was one of the dogs that didn’t bark here,” Callan said. “Either industry doesn’t see it as an issue, or that it’s inevitable it’s not going to happen.”

With Democrats readying to debate steep defense cuts if they sweep the election, the expectation is that swollen national deficits ― driven by pandemic aid and Republican-led tax cuts ― will pressure the defense budget downward. But industry is banking on Washington’s drive to prepare militarily for a rising China, a disruptive Russia and an unpredictable North Korea.

“Whether it’s flat with a little bit of rise or flat with a little bit of fall may depend on the election, but I think that’s a fairly narrow space you’re working in politically, given the deficit and the threat vectors,” Bill Lynn, the CEO of defense and aerospace conglomerate Leonardo DRS, said in an interview. Lynn is a former deputy defense secretary and Raytheon lobbyist.

“The first thing that Biden’s going to worry about is COVID and the economic recovery.” Herson said in an interview. “So do you really want to touch defense spending, which adds to your economic woes, because it increases unemployment, in the first year of your presidency?”

Defense Secretary Mark Esper has warned that a flat budget will force the armed services to make budgetary trade-offs and likely force cuts to legacy programs. But the Pentagon has also communicated a commitment to modernization, and that’s part of industry’s confidence.

In September, Northrop won a $13.3 billion award for the Ground Based Strategic Deterrent program, the U.S. Air Force’s effort to replace the LGM-30G Minuteman III intercontinental ballistic missile. But some Democrats have attempted to defund it, and investors grilled executives about its post-election survival prospects ― and those of Northrop’s B-21 Raider.

Warden, Northrop’s CEO, argued the nuclear triad becomes more of a budgetary priority when conventional military forces are under pressure.

“So we’re confident that a new administration would recognize that value and continue to support the modernization efforts that are well underway for both GBSD and B-21,” she said.

The Pentagon over recent years has oriented itself toward technological competition with China, with related investments in artificial intelligence, next-generation networks, cybersecurity and space. Companies did not see signs of that momentum reversing.

“The government doesn’t pivot on a dime,” Booz Allen Hamilton’s chief financial officer, Lloyd Howell Jr., told investors. “And a lot of the programs that we currently support … are increasingly tied to their missions, which is politically agnostic.”

The CEO of infrared imaging maker FLIR Systems, Jim Cannon, acknowledged there will be “top-line pressure on the budget … no matter what happens with the election,” but he put stock in Army leaders’ assurances that the service must remedy long-underfunded modernization efforts.

“The message that was sent out to industry loud and clear is that, after four decades largely without significant modernization transformation, now is the time,” Cannon said. “And if we look at the priorities that we’re aligned against and the work that we’ve been doing for the past two years, we think we’re well positioned there. But look: [I] agree there’s a lot of uncertainty, a lot of work yet for us to do, but that’s our perspective right now.”

When asked, L3Harris downplayed how a drawdown from Afghanistan ― which Trump and Biden both favor ― or hypothetical cuts to end strength would impact the sales of radios or night vision goggles.

“We’re not even 40 percent through the modernization ramp with radio. So even if end strength comes down, as I expect it likely will, I don’t think it’s going to affect the growth rate in our radio business,” said CEO Bill Brown, arguing that night vision goggles and radios had “under-penetrated the force.”

“So if anything, reduced end strength might actually free up some dollars to be put onto modernization investments that really affect a broad part of our business,” he added.

Executives at companies without a stake in a specific major platform had a good story to tell, and several pointed to investments in cybersecurity or artificial intelligence. Leonardo DRS’ Lynn said the firm’s investments in communications, sensors and computing systems had made it “ambidextrous.”

“We can go in any direction,” he said. “The larger companies have greater exposure across the breadth of the defense budget. We’re more in targeted areas and haven’t got broad exposure.

“We’re in Army sensors, satellite communications; we’re in 10 or 12 segments. We can be targeted, and frankly in a flat budget environment, that ability to target’s important to grow at all.”

Needle Update: What to Expect on Election Night