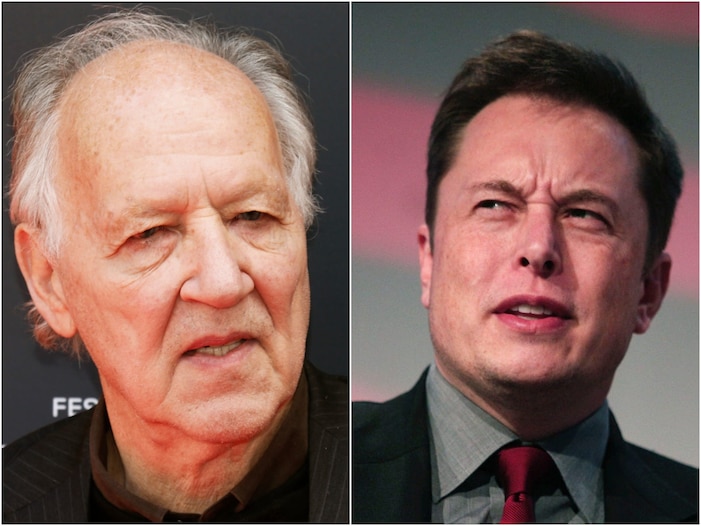 Elon Musk is on a mission to make humans a multi-planetary species by building an independent city on Mars.

The billionaire tech mogul has said that the Starship spacecraft designed by his rocket company, SpaceX, could launch on its first flight to Mars as early as 2024. Eventually, he hopes that the rocket will shuttle people to the red planet en masse. His goal is to build a city of 1 million Martians by 2050.

Legendary filmmaker Werner Herzog thinks that would be “a mistake.”

But, he added, “I disagree with him when he postulates and preaches about colonizing Mars.”

Humans should “not be like the locusts,” Herzog said, but instead should “look to keep our planet inhabitable.”

Musk has argued that Earth cannot be habitable forever and that the human species ought to outlast it. If the climate crisis doesn’t render our planet inhospitable to human life, an asteroid impact could easily do so. Even if we’re lucky, in a few billion years the swelling sun will boil off Earth’s oceans and, eventually, expand to swallow our planet entirely.

For Musk, colonizing Mars is the first step to escaping this fate. But Herzog told Inverse he is not convinced.

He compared the entrepreneur’s plans to the 20th-century rise and fall of communism and fascism.

“Thank God, both these gigantic utopias were brought to an end,” he said, adding that the same will happen to Musk’s Martian city. “Our century very quickly will bring to an end technological utopia like colonizing Mars.”

Still, Herzog said he would “love to go [to Mars] with a camera with scientists.”

Send a Friend Some Food With DoorDash’s New Gift Feature