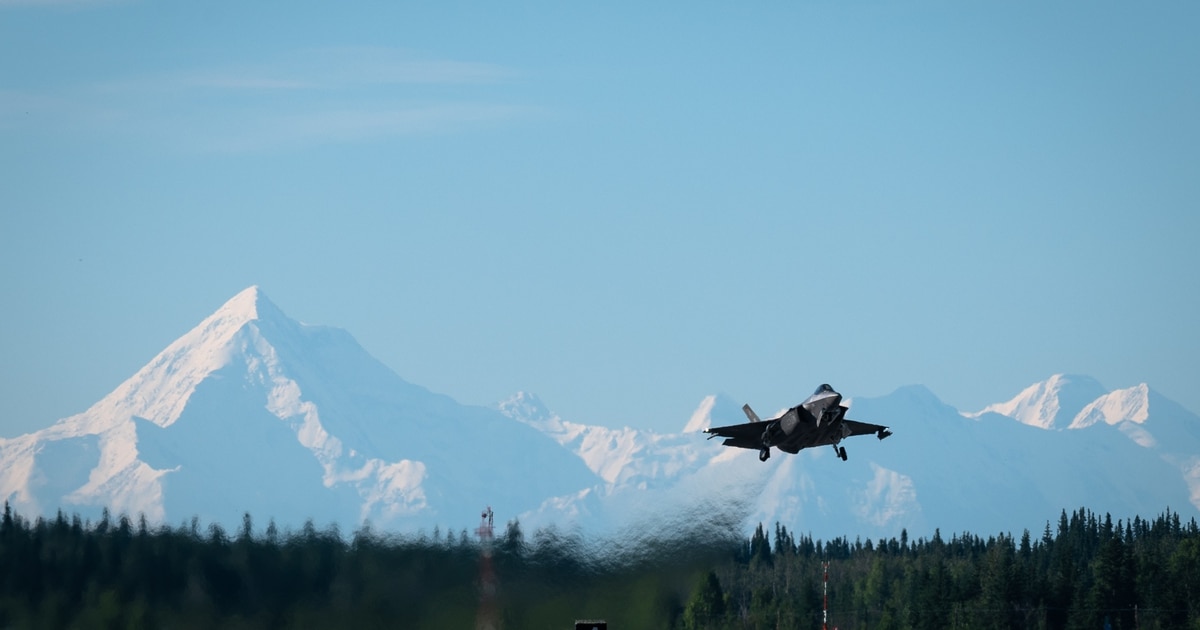 WASHINGTON — Under current estimates, the U.S. Air Force will reach a tipping point where projected F-35 sustainment costs become too expensive, forcing the service to either cut its planned buy of the Lockheed Martin-made jet or drastically reduce flying hours, the Government Accountability Office found in a new report.

As the Air Force, Navy and Marine Corps’ F-35 operations reach their peak in 2036, it will be exponentially difficult for the services to afford sustaining the F-35 if the cost per tail remains at current estimates, the GAO said in a July 7 report. Cost per tail per year is the measurement the Pentagon uses to measure how much money it takes to sustain a single aircraft annually.

Specifically, the Defense Department will face a $6 billion gap in 2036 between the actual cost of sustaining the services’ F-35s and the cost the services can afford, the GAO said.

About $4.4 billion of that expense will be billed to the Air Force, which plans to buy 1,763 F-35A conventional takeoff and landing jets throughout the program of record.

“If the projected annual sustainment cost overruns — conservatively estimated at tens of billions of dollars when aggregated — are not reversed and brought into alignment with the affordability constraints, over time there will be increasing and significant pressure on DOD’s annual budget as the number of the aircraft in the F-35 fleet increases,” the GAO said.

“Decisions made and actions taken in the coming few years could have a significant effect on the affordability and effectiveness of the F-35 program in the longterm.”

Specifically, Air Force officials told the GAO that unless sustainment costs decrease, “the service’s only available remaining options to meet the affordability constraints are to reduce the total number of F-35A aircraft they plan to purchase, or to reduce the aircraft’s planned flying hours.”

Air Force Chief of Staff Gen. C.Q. Brown has already signaled that the service may be willing to cut the F-35A program of record and buy a less expensive “fourth-gen plus” fighter to replace some of its oldest F-16s, which were originally slated to be replaced by the F-35.

The F-35 program is expected to cost taxpayers a total of $1.7 trillion across its lifecycle, according to the Pentagon’s Cost Assessment and Program Evaluation office’s 2020 estimate.

Sustainment activities — which include maintaining the jet, the manpower needed to support the aircraft, fuel and training munitions costs, support equipment, certain costs associated with training, and other expenses — make up a whopping $1.3 trillion of F-35 lifecycle costs.

The $1.3 trillion sustainment estimate reflects an increase of more than $150 billion since the program was re-baselined in 2012, and there are signs sustainment expenses could continue to grow, the GAO said.

“The Air Force needs to reduce estimated costs per tail per year by $3.7 million (or 47 percent) by 2036 or it will incur $4.4 billion in costs beyond what it currently projects it could afford in that year alone,” the GAO stated.

Meanwhile, the GAO calculated that the Navy will need to reduce sustainment costs by 24 percent to meet affordability targets, or it will pay an additional $655 million in 2036.

The stakeholders of the F-35 program—which include the F-35 joint program office, the services and prime contractor Lockheed Martin — have “unique and differing perspectives on affordability,” which ultimately make it difficult to develop a shared plan for cutting sustainment costs, the GAO said.

For example, Air Force officials have noted that, even if it could somehow obtain all spare parts for its F-35 fleet for free, F-35 sustainment costs would still exceed affordability targets by 14 percent. Further, officials told the GAO that there is “little room left for the program to make significant sustainment-related cost reductions” because its design and maintenance plan have already been set in stone.

For the other services, the situation is less dire.

Navy officials believe current cost-cutting initiatives will eventually bear fruit and resolve affordability problems, while the Marine Corps stated that while affordability issues could arise in the future, the service plans to address them further down the road, the GAO stated.

Officials from the Pentagon’s acquisition and sustainment office noted that the F-35 program could cut sustainment costs by transitioning additional contractor-performed maintenance to military maintenance personnel.

Meanwhile, other stakeholders — such as the F-35 joint program office — told the GAO that service requirements like number of aircraft, flight hours per year, and mission capable rate make it difficult to bring down the cost of sustaining the aircraft.

Lockheed Martin officials have also sought for the services to decrease manpower costs, which according to CAPE’s 2020 estimate make up about 53 percent of the total sustainment costs.

Both lawmakers and the Defense Department have a chance to mandate further cost reductions as part of the upcoming Milestone C full-rate production decision, which could occur sometime before 2023, the GAO said.

“Taking program-wide strategic actions to achieve the services’ affordability constraints prior to Milestone C declaration would better position DOD and the services to take the necessary steps to arrest the increasing sustainment costs of the F-35 and plot an affordable direction for sustaining the F-35 program,” the GAO said.

“Such an approach would entail assessing cost-savings initiatives, assessing the impact of potential changes in program requirements, developing and documenting a program-wide plan for achieving affordability constraints with detailed actions tied to milestones and resources, and developing and documenting a risk-management approach for addressing potential challenges or making adjustments to achieving affordability objectives.”

Sustainment costs have become an albatross for the F-35 program over the past several years, and several lawmakers have put pressure on program officials to decrease them.

“There’s no question that everyone involved ― certainly Lockheed Martin ― could be doing a better job on getting sustainment costs down,” said House Armed Services Committee chairman Adam Smith, D-Wash., during a roundtable with reporters last month. “The sustainment costs ― and it varies, I understand they’re as high as $38,000 an hour, and that is incredibly expensive ― it’ll make the plane so that you don’t really want to operate it any more than you absolutely have to.”