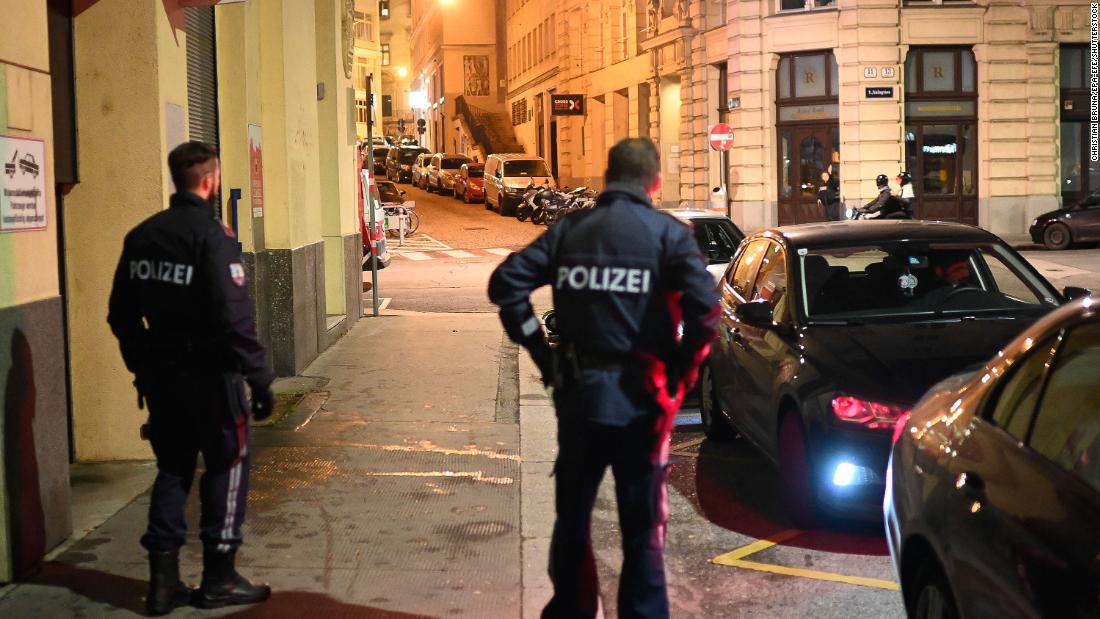 The situation is still ongoing and members of the public are being urged to stay indoors as police try to find the attackers, Nehammer added.

Gunfire erupted in the Austrian capital on Monday night, and police say several people have been injured in the city center amid exchanges of fire.

“All possible forces” are responding to the incident, according to police, who are urging people to avoid the area and not to share photos or videos on social media.

“Shots fired in the Inner City district – there are persons injured – KEEP AWAY from all public places or public Transport – don’t share any Videos or Fotos!” Austrian police said on Twitter.

The area where the shooting took place is a busy district packed with bars and restaurants, near Vienna’s main synagogue, Seitenstettengasse Temple.

Oskar Deutsch, the head of Vienna’s Jewish community, said in a tweet that it was unclear whether the synagogue was a target, but that it was closed at the time of the shooting.