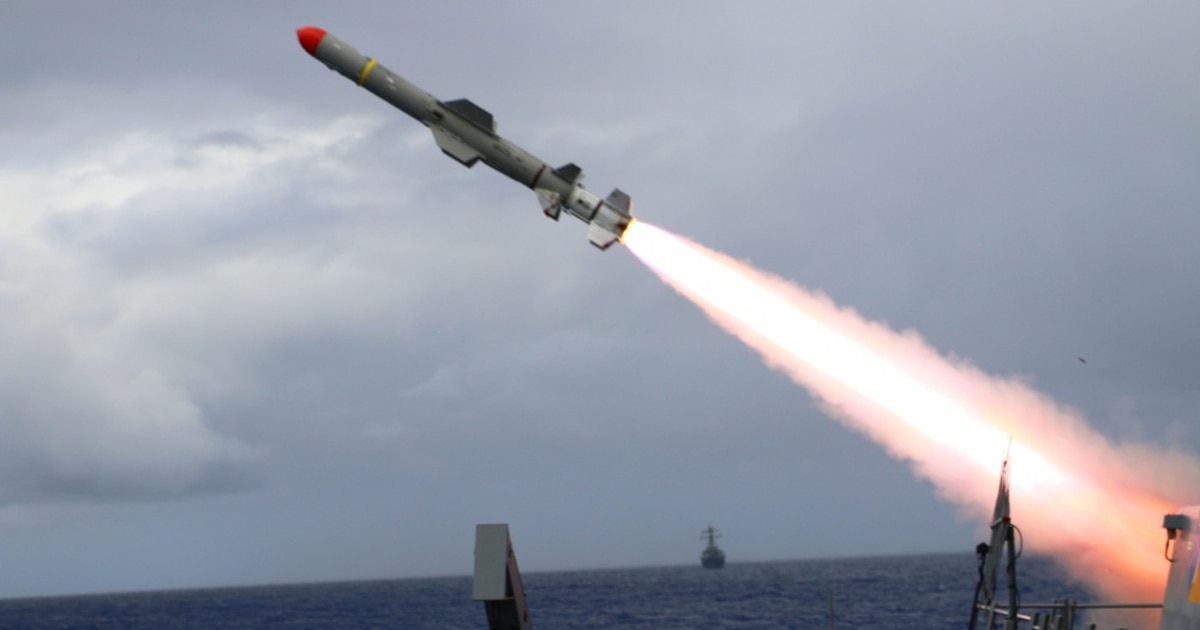 WASHINGTON – The U.S. State department is authorizing the sale of 400 anti-ship cruise missiles, along with associated road-mobile launchers, radars and technical support, to Taiwan in a deal worth up to $2.37 billion.

State Department must approve foreign arms sales before a deal can be concluded. Taiwan intends to use its own funds for the missiles, a State Department official said on background.

The sale of anti-ship cruise missiles comes as tensions between China and the United States are elevated over the COVID-19 outbreak, which President Trump blames on China, and over today’s announcement that China intends to sanction Boeing, Lockheed Martin and to some degree Raytheon over U.S. arms sales to Taiwan.

The sanctions announcement drew an acid response from State Department Spokesperson Morgan Ortagus, who said in an emailed statement that it was outrageous to target U.S. firms for contracting with the United States government.

“Beijing’s efforts to retaliate against U.S. and foreign companies for their sales that support Taiwan’s legitimate self-defense requirements are unproductive,” Ortagus said. “Worse still, in this case, the People’s Republic of China is sanctioning a company for doing business with the U.S. Government.

“On October 21 the Administration notified Congress of several possible Foreign Military Sales to Taiwan for SLAM-ER missiles, a HIMARS rocket system, and MS-110 reconnaissance pods,” the statement reads. “These are FMS sales in which the U.S. Defense Industrial Base is contracting with the U.S. Government.

“As such, the PRC appears to be applying a sanction against a U.S. company for contracting with the U.S. Government. This is entirely unacceptable and reflects a complete lack of understanding of the nature of much of American security cooperation.”

A harpoon missile launches from the missile deck of the littoral combat Coronado off the coast of Guam. Taiwan is preparing to buy the ground-launched version of the missile. (U.S. Navy photo by MC2 Kaleb Staples)

Today’s announcement of a pending Harpoon sale was welcome news to those who want to see the U.S. increase its commitment to Taiwan.

The Harpoon missile is an older technology and travels at sub-sonic speeds, which means it may be more vulnerable to advanced air defenses. But at such high numbers and combined with other capabilities, it’s a good fit for Taiwan’s concept of defense, said Eric Sayers, a former aide to former Indo-Pacific Command head Adm. Harry Harris and a vice president at Beacon Global Strategies

“It’s exciting news,” Sayers said. “These are the numbers and kinds of systems Taiwan needs more of and it will complement existing systems well.

“I think if there’s anything to be concerned about its how fast we can get these systems to the Taiwans. If this is over the next 5-7 years, it’s still something to be excited about but we shouldn’t be coming out of our seats celebrating. And that’s a political question, how we prioritize the sale of these systems to Taiwan versus other countries that may be in line for them.”

Taiwan already operates a more capable road-mobile missile, the Hsiung Feng III, which is supersonic and has a range of about 250 miles, according to the Center for Strategic and International Studies. The issue is that they have not been able to produce the missile in the numbers needed to be a suitable deterrent, Sayers said, adding that combining HF-III with 400 Harpoon missiles would have an impact.

The administration should also back up arms sales to Taiwan with increasing bilateral training, Sayers said.

“We need to do more joint bilateral training,” he said. “We judge our commitment to Taiwan too much by weapons, types of weapons and dollar figures. It doesn’t need to be big, in-your-face stuff. You don’t need to invite them to RIMPAC because then everyone would be under pressure to not come and it could blow up RIMPAC. …

“But if you are committed to Taiwan’s security you have to be able to operate together. If we needed to intervene – you know you can’t just put the Mets and Yankees together on the same team the day before the World Series and expect them to play together.”

GeForce Now: It’s getting there.