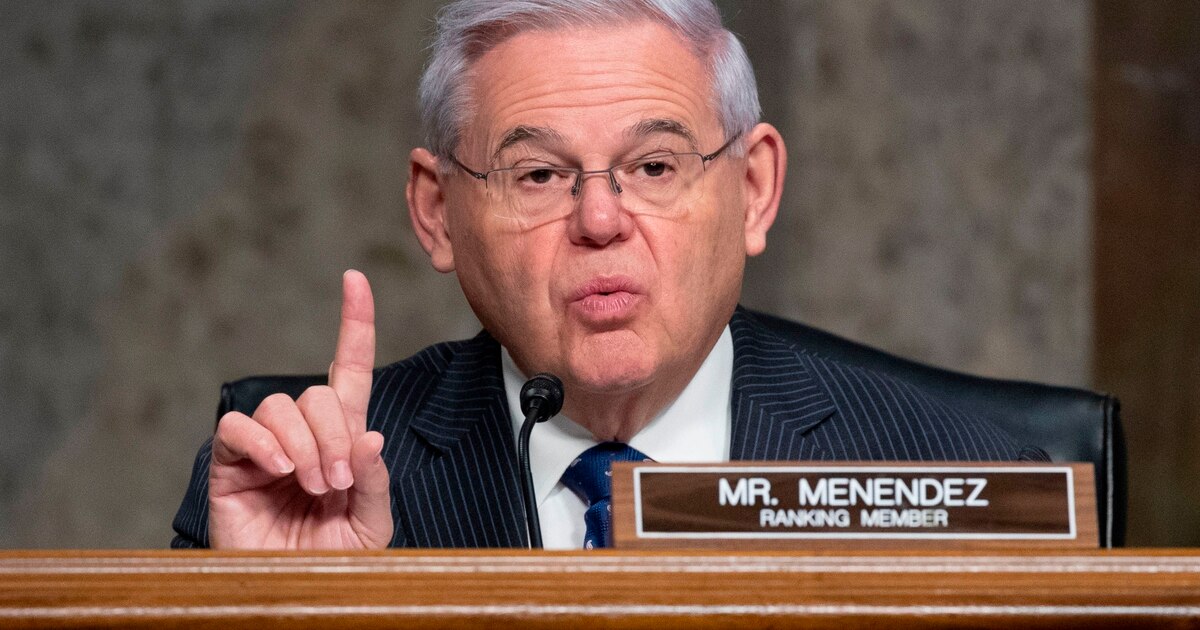 WASHINGTON ― A duo of Democratic senators offered a bill Friday that could block Washington’s sale of F-35 fighter jets to the United Arab Emirates after the Biden administration acknowledged it was advancing the Trump-era deal.

Senate Foreign Relations Committee Chairman Bob Menendez, D-N.J., and Sen. Dianne Feinstein, D-Calif., would require the administration make a raft of assurances and commitments to Congress that the F-35′s sensitive technology and Israel’s security are fully protected. The bill targets a pending deal that includes 50 Lockheed Martin F-35s worth $10.4 billion.

“I remain concerned with the implications of a sale of our most advanced fighter jet given numerous outstanding, unanswered questions about the implications of this sale for U.S. national security, our technology interests, and implications for regional stability including the legal parameters of Israel’s Qualitative Military Edge,” Menendez said in a statement.

Menendez, who led opposition to President Donald Trump’s efforts to fast-track the deal in his final days in office, offered similar legislation then with Feinstein. A months-long fight centered on concerns that UAE supplied weapons in the Libya and Yemen civil wars and about its relationships with Russia and China.

“[I]f the Administration has decided to proceed with this Trump-era deal, then we must enact protections to ensure the incredibly sensitive technology of these aircraft is not compromised by powers hostile to the United States, including making sure the UAE pulls-back from its burgeoning relationship with China and other U.S. competitors,” Menendez said.

The deal followed the signing of the Abraham Accords between Israel, Bahrain and the UAE, under which the Arab states have agreed to normalize relations with Israel. The Trump White House expressed confidence “UAE is capable of protecting the technologies involved and of using them in a responsible manner.”

In January, the Biden administration announced a review of all recent arms sales cleared by the Trump administration. This week, a State Department spokesman said it would “move forward” with a broader UAE deal worth $23 billion, “even as we continue reviewing details and consulting with Emirati officials to ensure we have developed mutual understandings with respect to Emirati obligations before, during, and after delivery.”

The administration’s decision not to cancel the sale doesn’t mean its guaranteed to be completed. The administration retains the ability to stop any weapons sale prior to delivery, which for the F-35s, may be 2025 or 2026.

The Menendez-Feinstein bill would require the president, before an F-35 is delivered to any Mideastern country other than Israel, ensure that the sale won’t harm Israel’s military edge, that tech security measures were emplaced and that the recipient hasn’t provided weapons to adversaries of Israel or the U.S.

For 10 years after the F-35 is delivered, the president would have to certify annually that the U.S. is continuing the security measures, the recipient hasn’t engaged in operations against Israel or U.S. interests and the country hasn’t committed or enabled human rights violations.

The human rights requirement might present a significant obstacle for UAE, which has been criticized for enforcing a blockade against Yemen, contributing to famine there. In 2019, Human Rights Watch reported on a number of abuses by UAE.

“It’s positive that senior Senate leaders are concerned about transfer of F-35s to the United Arab Emirates and signaling that strong provisions are needed for any future sales to the region,” Arms Control Association Senior Fellow Jeff Abramson said in a statement.

“Better yet would be to simply recognize that Emirati past and current behavior should disqualify them from these F-35s as well as billions of dollars of drones and munitions that the Trump administration proposed. The Biden administration should simply cancel these sales.”

You Can Try to Buy LG’s New Rollable TV, But You Probably Can’t Afford It