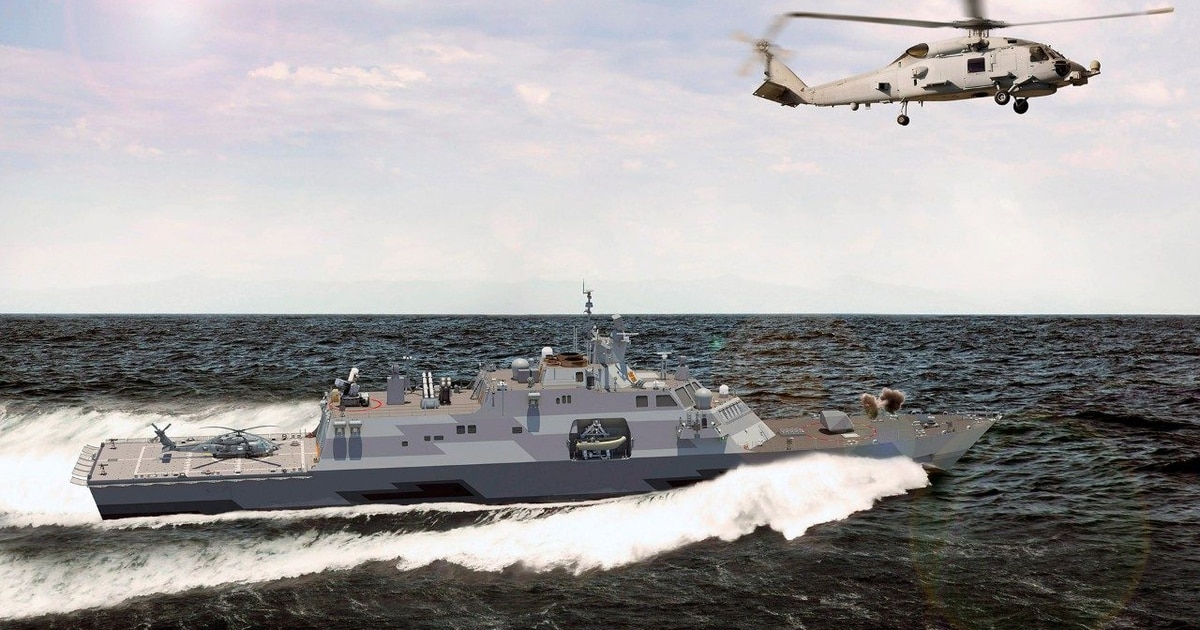 WASHINGTON — The United States is aggressively pitching Greece to purchase four American-made frigates, and will offer to co-produce three vessels in country, the top U.S. diplomat in Greece said Thursday.

“We think the United States is going to have a very competitive product to offer there with our frigates and the unique American proposal to co-produce three of those frigates here in Greece,” said Geoffrey Pyatt, the U.S. Ambassador to Greece, during a panel discussion hosted during the during the Association of the U.S. Army’s annual conference.

Should Greece decide to buy frigates from the United States, the U.S. government is proposing that three of them be co-produced by American-owned Onex Shipyards, based in the Greek island of Syros.

“We had a U.S. Navy International Programs Office team here in Athens just a few weeks ago, which had a very successful round of discussions with Onex, visiting the shipyards [and] seeing the capabilities there,” Pyatt said.

“They came away absolutely confident that if the Greek state goes with the American frigate offer, that the United States and the US Navy IPO will be positioned to implement a co-production approach to that strategically important project — a project which is important to Greece’s long term security, but also advances America’s interest in helping Greece to continue to be a strong and effective NATO partner in a geopolitically complicated neighborhood,” he said.

It’s unclear which frigate Pyatt was talking about. The U.S. Navy recently launched a new frigate design with Fincantieri’s FREMM, though it is unlikely that this is the frigate the United States is pitching to Greece since it is only now entering the detailed design phase after being awarded in April. Lockheed Martin’s Multi-Mission Surface Combatant, being built at Fincantieri’s Marinette Marine shipyard, is a potential contender. The four-ship, $1.96 billion MMSC contract with buyer Saudi Arabia was awarded in December.

The MMSC is an evolution of the U.S. Navy’s mono-hull littoral combat ship design.

In a statement, the Navy declined to discuss any pending sale.

“The Navy does not comment on pre-decisional discussions with foreign governments,” the statement said. “Any formal U.S. Government offer in the context of the Foreign Military Sales program will comply with congressional notification requirements.”

In September, Greek Prime Minister Kyriakos Mitsotakis presented an economic plan that called for a handful of weapons buys, including the purchase of four frigates, 18 Rafale fighter jets made by France’s Dassault — a combination of new and used planes — and four MH-60R helicopters from Lockheed Martin-Sikorsky. The country also plans to refurbish four MEKO frigates, as well as procure torpedoes and antitank weapons.

Pyatt said the United States paid “special attention” to the announcement and is eager to offer American defense products to the Greek military.

“Our industry is here for the long haul and is looking now to work with the Greek government as the prime minister seeks to modernize Greece’s defense capabilities,” he said.

Greece currently finds itself in the midst of tensions with its fellow NATO ally Turkey over oil and gas reserves in the Eastern Mediterranean, which has led both countries to deploy naval vessels to the area and to stage navy and air force exercises.

Asked twice during the panel about the U.S. position on the situation, Pyatt declined to comment both times.

Panos Xenokostas, Onex’s president and chief executive, said that the company is interacting with the leading shipbuilding companies in the United States to prepare its shipyards to begin construction should the Greek frigate program be awarded.

“We understand this is a game changer,” he said. “And that will put our shipyards in a position to attract more business from the United States.”

The United States is not the only country with an interest in selling new naval vessels to Greece.

In 2019, France and Greece signed a letter of intent to open up formal discussions on a potential purchase of two Belharra frigates, which are being build by the Naval Group for France’s navy. However, Greek Defense Minister Niko Panagiotopoulos said then that there was still a “long way to go” before a final deal is reached between the two nations.