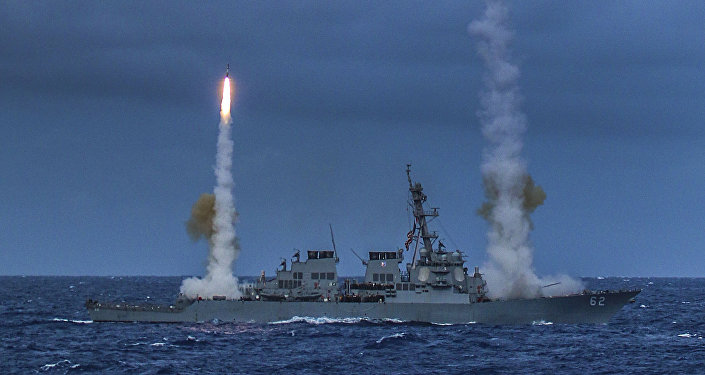 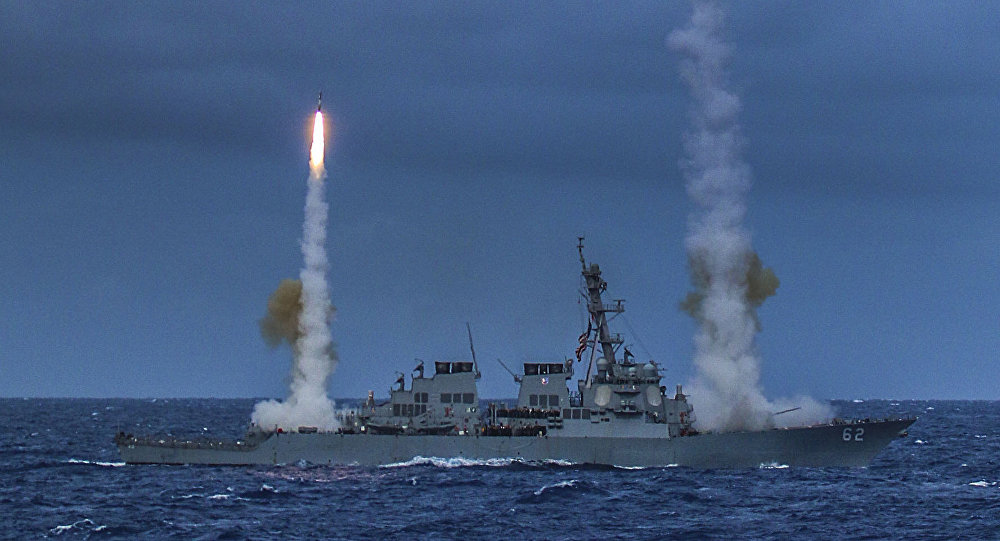 A new proposal to recreate a defunct US Navy fleet in the western Pacific could provide the US with another way to confront China in the South China Sea, but could also alienate regional partners at the same time.

US Navy Secretary Kenneth Braithwaite has proposed refounding the US First Fleet and basing it in the Indo-Pacific region, possibly Singapore, at the southern tip of the South China Sea.

“We want to stand up a new numbered fleet,” Braithwaite said Tuesday, at the Naval Submarine League’s annual symposium, according to USNI News. “And we want to put that numbered fleet in the crossroads between the Indian and the Pacific oceans, and we’re really going to have an Indo-PACOM [Indo-Pacific Command] footprint.”

“We can’t just rely on the 7th Fleet in Japan. We have to look to our other allies and partners like Singapore, like India, and actually put a numbered fleet where it would be extremely relevant if, god forbid, we were to ever to get in any kind of a dust-up,” he suggested.

“More importantly, it can provide a much more formidable deterrence. So we’re going to create the First Fleet, and we’re going to put it, if not Singapore right out of the chocks, we’re going to look to make it more expeditionary-oriented and move it across the Pacific until it is where our allies and partners see that it could best assist them as well as to assist us,” the Navy chief said.

He added he had not yet spoken with Acting Defense Secretary Christopher Miller about the idea, but had “crossed all the other T’s and dotted all the other I’s.” Miller took office earlier this week after US President Donald Trump suddenly fired Mark Esper from the position.

Navy spokesman Capt. J.D. Dorsey told USNI News on Wednesday that “no decisions have been made regarding the establishment or location of an additional numbered fleet in the Indo Pacific.”

Beginning in 1947, the US First Fleet patrolled the western Pacific as part of the US Pacific Fleet, until it was disbanded in 1973.

The US Navy is expected to grow considerably over the next decade, aiming to reach at least 355 ships from its present 293 by the year 2030. However, some in the Pentagon are pressing for a still-larger fleet of unmanned warships.

US Moving to Confront China

Washington has cast a wary eye at Chinese expansion southward into the South China Sea and the Indian Ocean, where it has held military drills and built ports in Pakistan and Djibouti. In the South China Sea, where Beijing not only drills its navy but has extensive and disputed land and sea claims, the US has positioned itself as a defender of the international rules of “freedom of navigation,” carrying out provocative maneuvers in which US warships purposefully violate the claims made by the Chinese that Washington refuses to recognize.

“Ignoring the rules of international law, the US side has repeatedly provoked troubles in the South China Sea, exercising navigational hegemony under the pretext of ‘freedom of navigation,'” Senior Colonel Li Huamin, a spokesperson for the Southern Theater Command of the People’s Liberation Army, told reporters after one such exercise in August. “We urge the US to stop such provocative behavior and restrict its maritime actions to avoid possible military accidents.”

The US has attempted to rally other nations in the region that have overlapping sea claims to China’s, and while it’s had some success with Vietnam, Taiwan, the Philippines and Malaysia, Indonesia recently refused to allow a bevy of US spy planes that crisscross the South China Sea on daily patrols to land and refuel at their airfields.

A new US fleet based in Singapore or in Western Australia would also be able to provide support for Australia’s navy, which in the past few years has moved to become a regional counterweight to China. Beginning with a 2016 white paper, Canberra set out to dramatically expand its naval forces to counter the anticipated rise of China as a major naval power in the Pacific. In 2017, they outlined a huge shipbuilding plan that would include two landing helicopter docks – smaller aircraft carriers – plus a dozen new submarines and nine new frigates, among other maritime military assets.

More recently, the White House pressed Canberra to increase the frequency of its own freedom of navigation operations (FONOPS) in the South China Sea. Canberra has denounced China’s South China Sea claims and joined fellow members of the US-led Quadrilateral Security Dialogue (QUAD), India and Japan, in shoring up the group’s military dimension. November’s Malabar 2020 military drills were the first QUAD exercises Australia had participated in since 2008, having abstained over fears of souring its relationship with Beijing.

Some experts have warned, however, that the move could alienate US allies instead of inspiring confidence.

Indo-security expert Blake Herzinger mused in a Tuesday Twitter thread that, among other poorly-thought-out aspects of the proposal, he could “guarantee this didn’t get briefed to Singapore,” noting the move had “blindsided our most valuable partner in Southeast Asia.”

“In the last two months of an administration defined by haphazard, uncoordinated policy, they drop a bomb like this that will inevitably cause partners to pull back publicly,” he added.

“This administration doesn’t have the juice to make it happen anyway.”

A look at Facebook Groups, used by two thirds of Facebook's MAUs and a company focus since 2017, which make leaving the platform especially difficult (Heather Kelly/Washington Post)