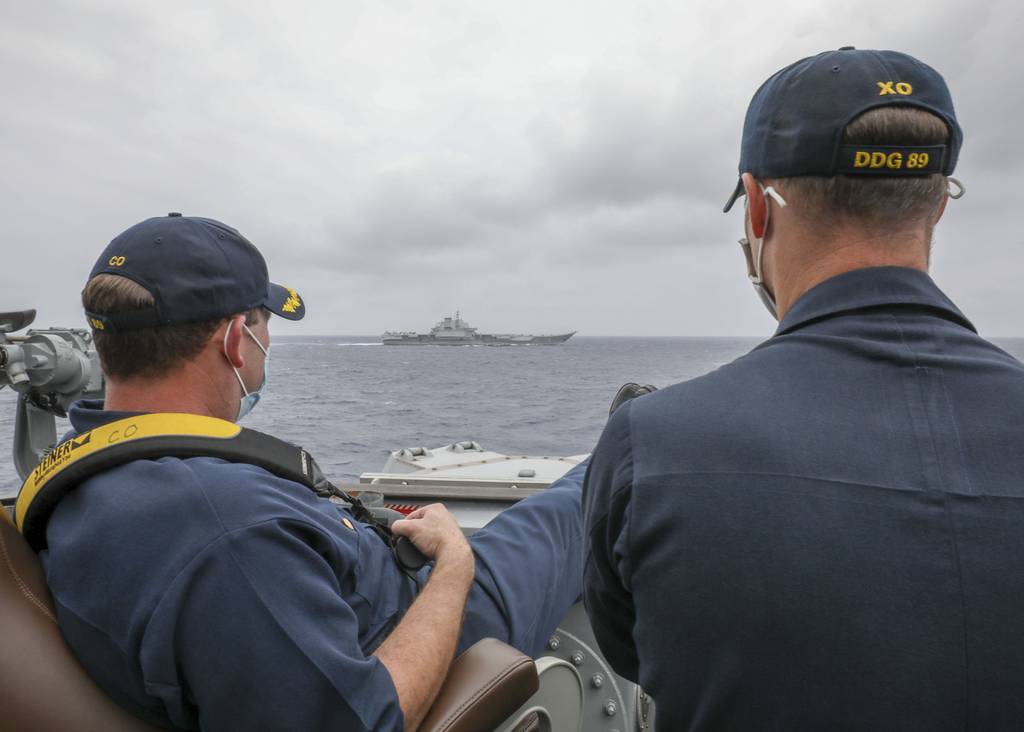 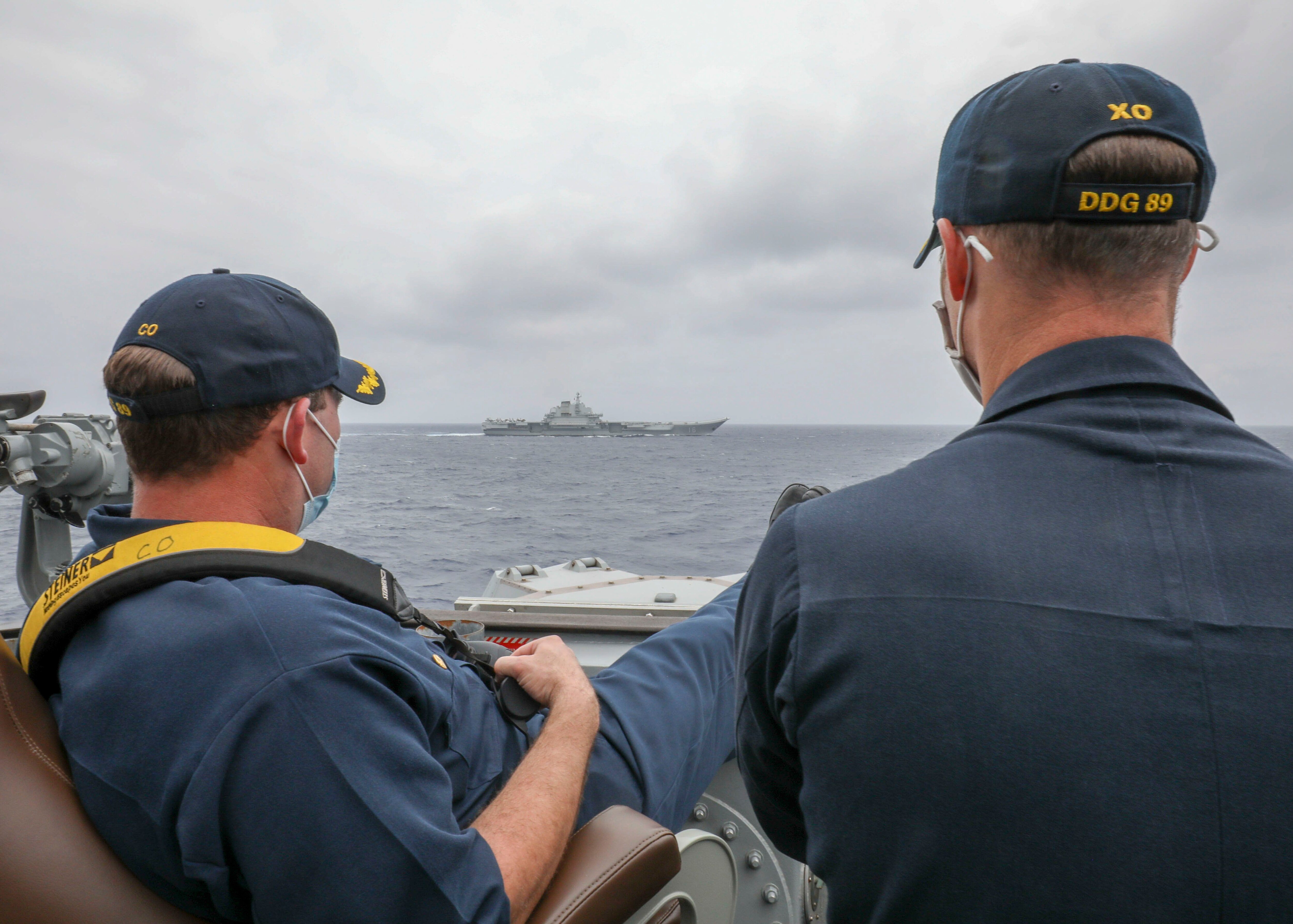 The U.S. Navy is coming in close contact with adversaries during operations all over the world, according to Vice Adm. Roy Kitchener, commander of naval surface forces.

To illustrate this, Kitchener pointed to how the guided missile destroyer Mustin shadowed the Chinese aircraft carrier Liaoning in the South China Sea in April 2021. Although the Chinese had some restrictions around the carrier, he said, those restrictions didn’t apply to the Mustin, allowing the destroyer to get a good view of the Chinese ship.

“They proceeded on it, found a good station, and sat alongside taking pictures and doing other things for quite a bit of time,” Kitchener said. “You’ve all seen the picture of the CEO and the XO on the bridge … with the carrier in the background.”

He said the episode irritated the Chinese enough that they told the U.S. State Department the Mustin “is no longer welcome in the South China Sea.” In response, the crew created patches to wear on their Navy working uniforms depicting the South China Sea and the numerals 89 for DDG-89.

“To me, that shows the boldness and what sailors are trained to do,” Kitchener said.

The State Department did not immediately respond to a request for comment.

According to Adm. Daryl Caudle, commander of U.S. Fleet Forces Command, the operation wasn’t triggered by China’s actions, and these types of operations need to be the norm because the Navy is a “troops in contact kind of force.”

“We don’t see battle space. If it’s international waters, we reserve the right to operate our Navy everywhere, and we want to make sure that that’s normalized and understood to any country that we have a right to be there, we have a right to conduct operations there, and it’s not so much that we’re targeting that at any particular thing, we want just a continuum of doing that,” Caudle told reporters Wednesday.

“This is the way we operate all the time,” Caudle said. “The more healthy our force is, the larger that Navy is abroad, the more consistently I can do that. So instead of it being maybe in response to something, it’s just scheduled. It’s just the way we’re doing business.”

Caudle also said the Navy is always adapting how it prepares the force to reflect the more competitive nature of deployments and closer contact with the enemy.

“There is nothing more dynamic than the way we prepare carrier strike groups, independent deployers, submarines, air wings, for their mission,” Caudle said. “It’s one big continuous learning loop where we take lessons learned from the previous events … intelligence assessments, tactics, doctrine that’s being developed by our warfare development centers, baking all of that in to make sure that when they leave, they are the most ready for the current mission set.”

On a tight budget with caviar tastes? This PC case full of RGB is for you

Firefox not working? Here’s how to fix hanging tabs