US Navy destroyer shoots down an ICBM in milestone test 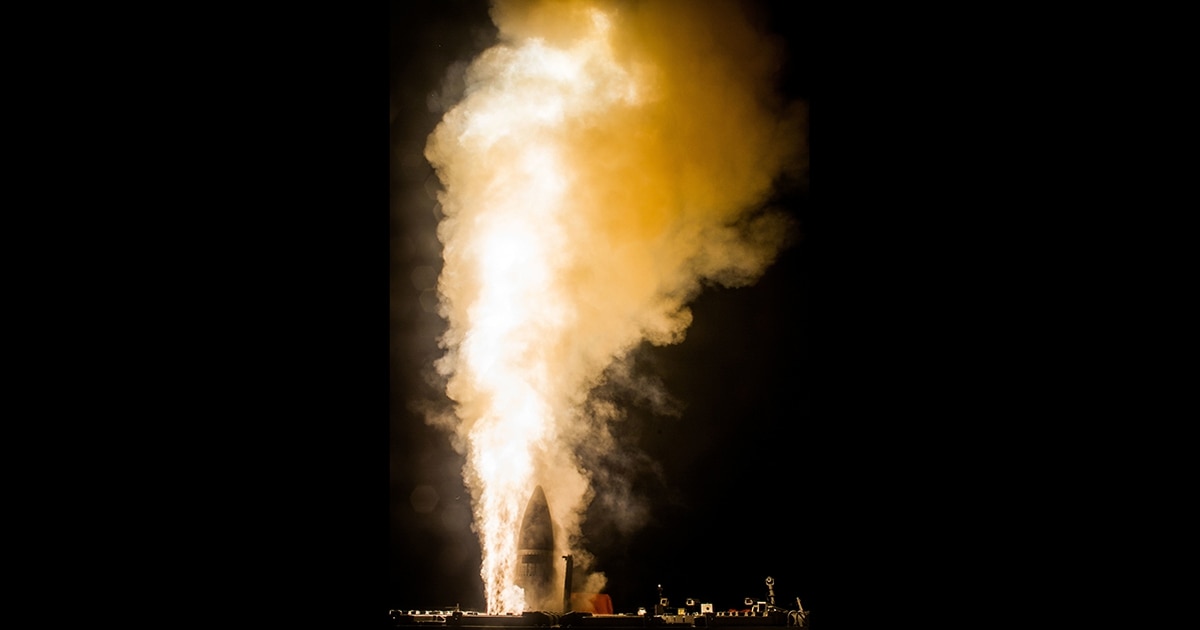 WASHINGTON – The U.S. Navy has shot down an intercontinental ballistic missile over the Pacific Ocean with an SM-3 Block IIA missile in a milestone test that demonstrated a potential scheme to defend Hawaii, the Missile Defense Agency announced Tuesday morning.

The test, which comes on the heels of the revealing of a larger North Korean ICBM in October that could potentially strike the U.S. East Coast, is the first time the United States has shot down an ICBM with anything other than a ground-based interceptor, an MDA official said.

Just before 1 a.m. Eastern Time, MDA oversaw a test where a missile was fired from Ronald Reagan Ballistic Missile Defense Test Site on Kwajalein Atoll toward the open ocean northeast of Hawaii. The Arleigh Burke-class destroyer John Finn, equipped with Aegis Baseline 9, received a track from an external sensor through the Command and Control Battle Management Communications network.

The ship then fired on and destroyed the target with the SM-3IIA, the release said.

In a statement, the head of the MDA said it was a big accomplishment for the agency and showed how a potential defense of Hawaii scheme could work in conjunction with ground-based interceptors now based in Alaska.

“This was an incredible accomplishment and critical milestone for the Aegis BMD SM-3 Block IIA program,” said Vice Adm. Jon Hill. “The Department is investigating the possibility of augmenting the Ground-based Midcourse Defense system by fielding additional sensors and weapon systems to hedge against unexpected developments in the missile threat.

“We have demonstrated that an Aegis BMD-equipped vessel equipped with the SM-3 Block IIA missile can defeat an ICBM-class target, which is a step in the process of determining its feasibility as part of an architecture for layered defense of the homeland.”

This was the sixth test of the SM-3IIA from a Navy ballistic missile defense-capable ship, and the first time the Navy has shot down an ICBM. The test was to fulfill a congressional requirement to test the SM-3IIA against ICBMs before the end of the year. It was originally slated for May but was delayed because of the Covid-19 pandemic.

The successful test marks another positive step for SM-3 after a run of bad luck in recent years, including an incident where a sailor inadvertently triggered a self-destruct of the missile in flight by misidentifying the incoming missile as a friendly target. A test in 2018 also failed.

Raytheon, which developed the SM-3IIA, was thrilled by the successful test.

“This first-of-its-kind test shows that our nation has a viable option for a new layer of defense against long-range threats,” said Bryan Rosselli, vice president of Strategic Missile Defense at Raytheon Missiles & Defense.

Tom Karako, an expert in missile defense policy at the Center for Strategic and International Studies, said in an email that the test was a big deal for the Aegis system, and that while SM-3IIA won’t replace the much larger ground-based missiles, it is reason to celebrate.

“This milestone for homeland defense also represents the continuing success of evolving Aegis to today’s increasingly complex air and missile defense challenges,” Karako said. “Standard [Missiles] are not going to replace missiles of significantly larger diameters anytime soon. But by creating flexibility, this capability buys time and creates a bridge toward a future, next generation capability.”

It’s also a big accomplishment in the Navy’s venerable Aegis program, Karako said, the Navy’s system developed from the late 1960s in recognition that human reaction times would be insufficient in an era of mass missile fires at ships. Today, Lockheed Martin is the prime contractor for Aegis today. It was originally developed under auspices of RCA, followed by General Electric.

The system combines highly sensitive radars with sophisticated missiles to combat air threats. It was primarily developed to defend aircraft carriers but as the U.S. has become more invested in ballistic missile defense, the service has expanded the capabilities to include protection from nuclear missile attacks from countries such as Iran or North Korea.

“Admiral Wayne Meyer is looking down with pride on the men and women of the Aegis family, and what they accomplished today,” Karako said.

‘One Person’s Apocalypse Is Another Person’s Day-to-Day’