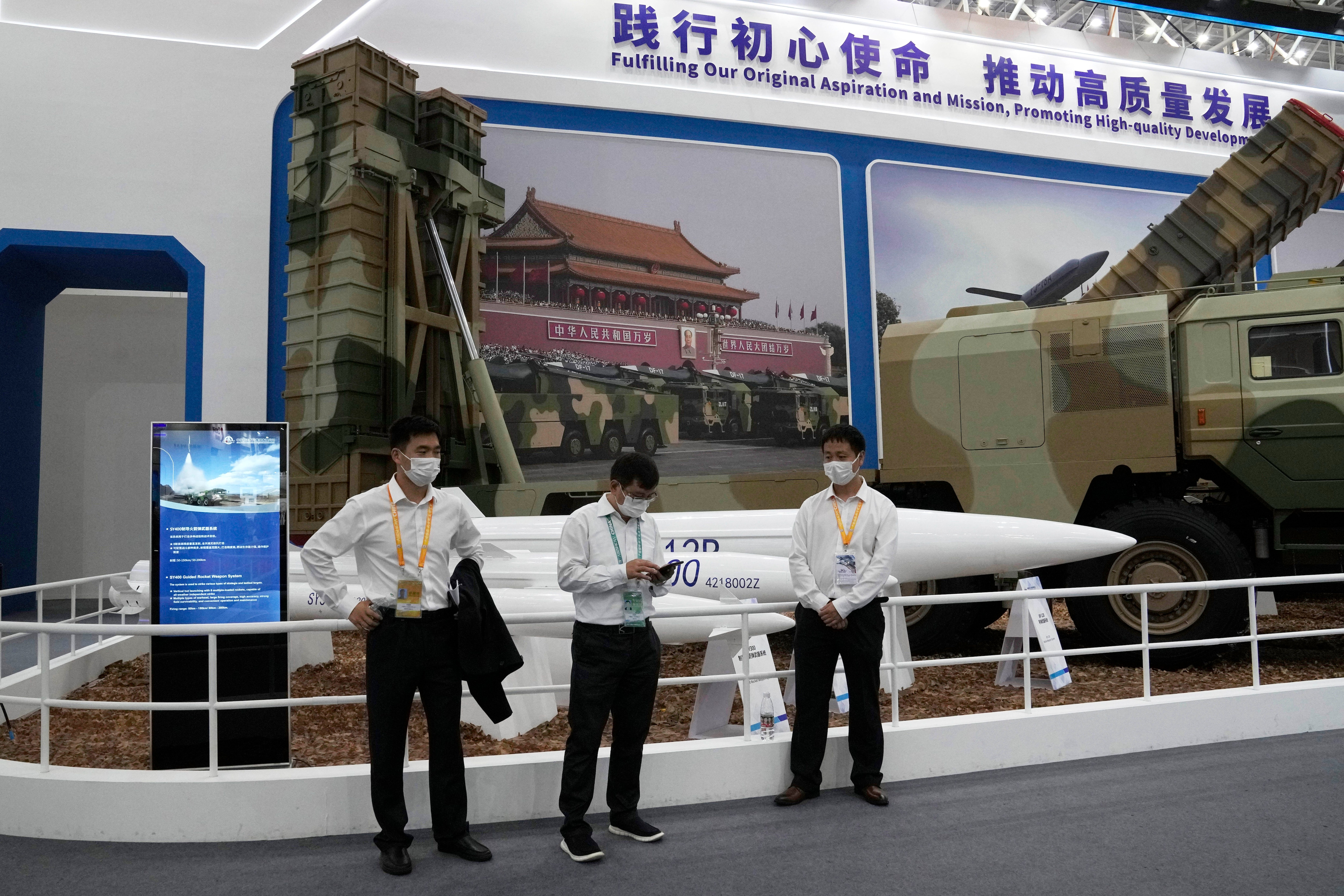 The United States announced penalties on three companies it said were engaged in unspecified “missile technology proliferation activities.” It said they were barred from U.S. markets and from obtaining technology that can be used to make weapons.

China accounted for about 5% of global weapons exports in 2016-2020, according to the Stockholm International Peace Research Institute. The United States was the top global exporter, accounting for 37% of the total in 2016-2020.

Cruise missiles and long-range ballistic missiles are regarded as among China’s strengths in weapons technology.