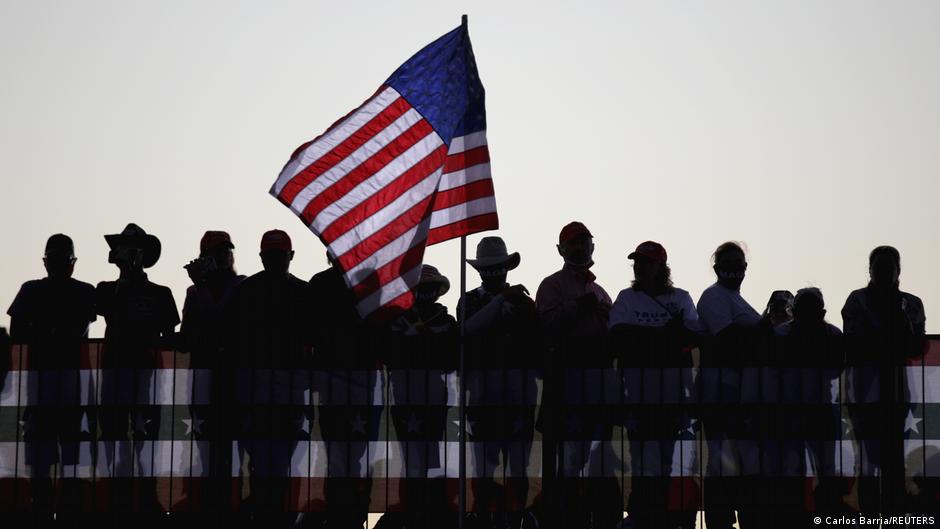 In the leadup to Election Day, both Republicans and Democrats have expressed concerns over mail-in voting — albeit for different reasons. President Donald Trump, without providing evidence, said voting by mail “will lead to massive electoral fraud and a rigged 2020 Election.”

DW examines the US vote-by-mail systems — and whether either political party stands to gain from it.

The answer is neither, according to available data.

Two independent studies published this year found little evidence to support the claim that just one party benefits. Instead, the research shows that while voter turnout slightly increased — neither of the two heavyweight parties benefited.

One of the studies, carried out by Stanford University and published in April, analyzed voter data from California, Utah and Washington, all states that have rolled out a form of mail-in voting. Their findings showed that neither Republicans nor Democrats gained an edge.

“Claims that vote-by-mail fundamentally advantages one party over the other appear overblown. In normal times, i.e. not during the pandemic, based on our data at least, vote-by-mail modestly increases participation while not advantaging either party,” the Stanford researchers said.

Read more: Voting in US elections: A tale of 3 states 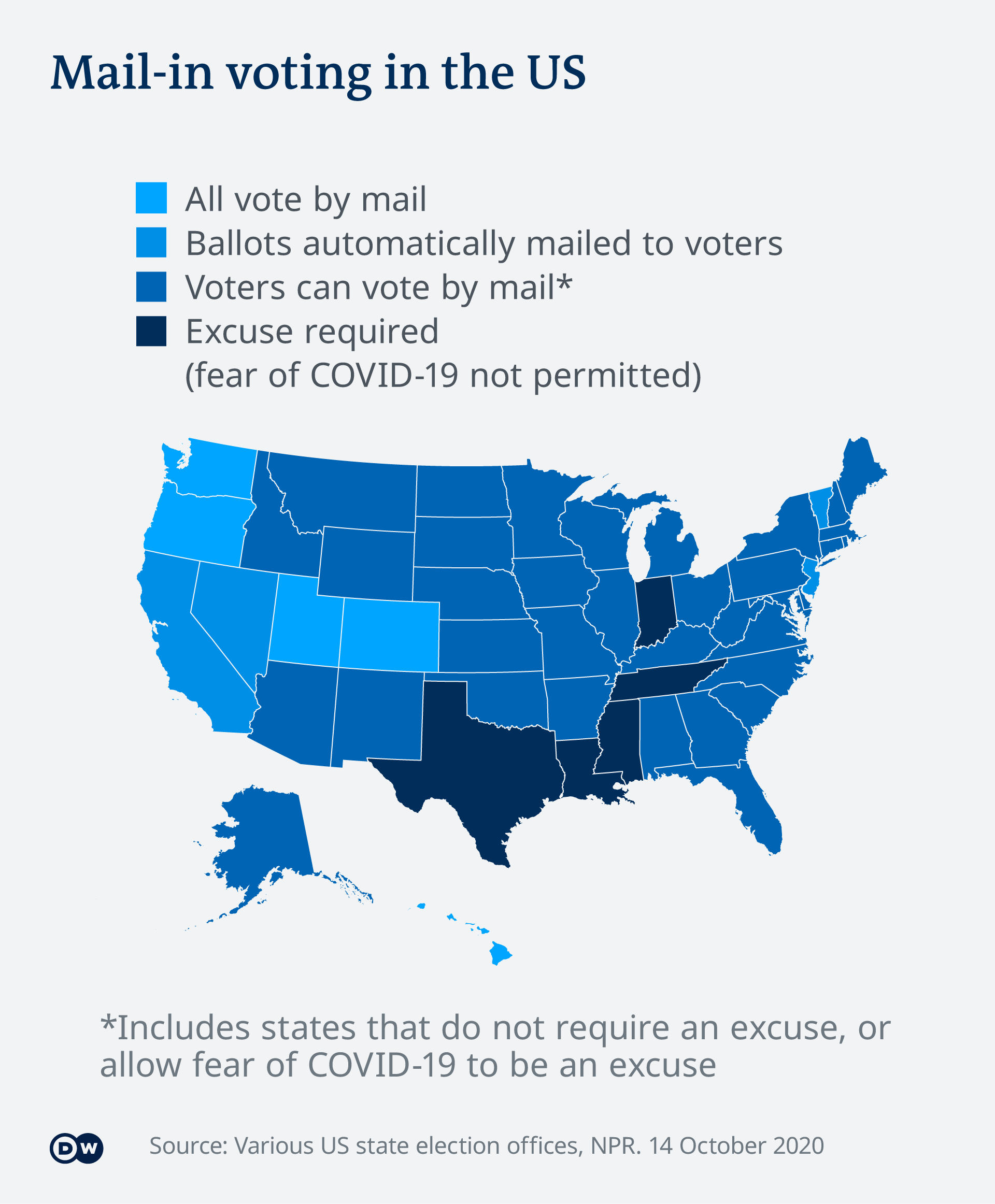 The paper noted that there was a 0.1% increase in Democratic turnout when compared to Republicans — but, when taking into account the margin of error, the number shows “negligible partisan impact.”

A separate study in Science Advances, which is published by the American Association for the Advancement of Science (AAAS), buttressed the Stanford report. The study, which was published in August and which was the first to look at mandatory mail-in voting nationwide, found there was no effect on the election outcomes from races running from the state all the way up to the presidency.

Mandatory mail-in voting, however, did have a “modest” positive effect on voter turnout.

“In short, mandatory [mail-in voting] preserves public safety while also maintaining the current balance of power between the two dominant political parties,” the researchers said, adding that it “preserves both public health and the integrity of elections.”

But researchers also note that the coronavirus crisis is a wild card — and it is not clear how the pandemic will ultimately affect mail-in voting.

So neither party will benefit?

Not so fast. The above studies looked at states and counties where mandatory voting, i.e. all-mail voting was rolled out or in place.

In practice, however, only a handful of the 50 US states have mandatory mail-in voting. In most other states, you have to request a mail-in ballot. Within this mix, most say you need an excuse — while some of these states, like Texas and Mississippi, say fear of the pandemic does not justify a vote-by-mail ballot.

That means in most states the burden rests with the voter to apply for a mail-in ballot, or they can choose to vote in person. So what it comes down to are preference and awareness — and this could shape how mail-in voting tilts.

In Florida — a key battleground state that Trump needs to win to clinch a second term — registered Democrats have an 810,000-ballot-request lead over Republicans, according to US Elections Project data. The US Elections Project has been tracking early-voting statistics since 2008, led by researchers at the University of Florida.

Andrew Hall, who led the Stanford University study, tells DW that the pandemic makes it too difficult to predict whether either party will benefit — and for two reasons: “The first is the increase in COVID-19 cases we are seeing in many states right now. If this deters Republican voters who were planning to vote in person, then the Democratic advantage in voting by mail will turn into an electoral advantage,” says Hall in an emailed response.

The second factor, according to Hall, is the logistics surrounding voting by mail as many states scramble to get a system in place. “If there are widespread logistical issues with it — if voters do not receive their ballots, or if they are not able to get them submitted in time, or if many ballots are rejected due to confusion over signature requirements and other details — then a disproportionate number of Democratic votes could be lost in the process,” Hall said, as more Democratic voters have voted or plan to by post.

“In this case, the expansion of vote-by-mail will hurt the Democrats and help the Republicans.” 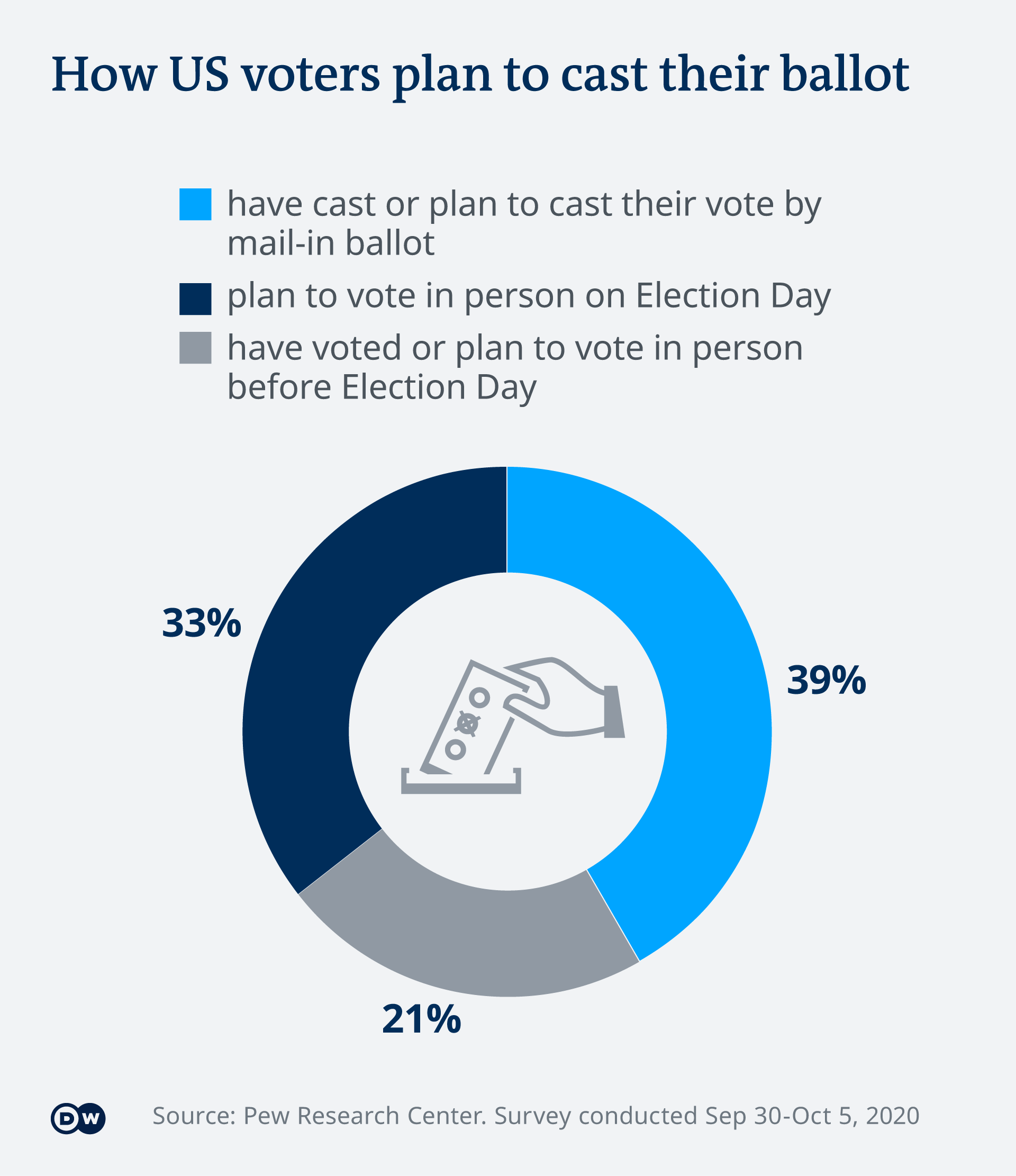 How do Democrats and Republicans prefer to vote?

About four in 10 registered voters plan to cast their ballot by mail-in voting (or have already done so), according to a Pew Research survey.

Despite the preference, Hall, who led the Stanford University study, tells DW that mail-in voting may not necessarily give Democrats a notable advantage.

“Right now, a lot more Democrats than Republicans are voting by mail, but on its own, that won’t inherently advantage the Democrats electorally because most of these Democratic voters would probably have voted in person if they didn’t vote by mail,” said Hall to DW.

Is every mail-in ballot counted?

No. Research carried out by Charles Stewart, a political scientist at the Massachusetts Institute of Technology (MIT), found that 4% of all mail-in ballots from all US states during the 2016 general election were not counted. This makes up 1.4 million votes, or 1% of all votes cast.

“States that will see the greatest growth in mail ballots tended to have higher lost-vote rates than those with vote-by-mail systems,” said Stewart in the report. “This implies that a doubling or tripling of the number of mail ballots in 2020 will result in a disproportionate growth in the number of lost votes due to mail ballots.”

More than 30.9 million mail-in ballots — also called absentee ballots in some states — were returned as of October 29, according to figures from the US Elections Project, inching closer to the 33.3 million total mail ballots returned in 2016.

According to a National Public Radio (NPR) analysis, more than 550,000 mail-in ballots during the primaries were rejected in 2020, marking a 75% surge when compared to 2016. The spike could signal what’s to come during November’s presidential elections.

Hall adds that the conversation around mail-in voting sometimes gets bogged down in which political party benefits from the system, instead of looking at which system is best for voters in principle.

“When we evaluate vote-by-mail in this light, the big questions become how secure is it, and how logistically sound is it. I am generally quite confident about its security,” says Hall, pointing to his team’s recent study.

“But I am quite concerned about the logistics and about making sure large numbers of ballots aren’t rejected.”