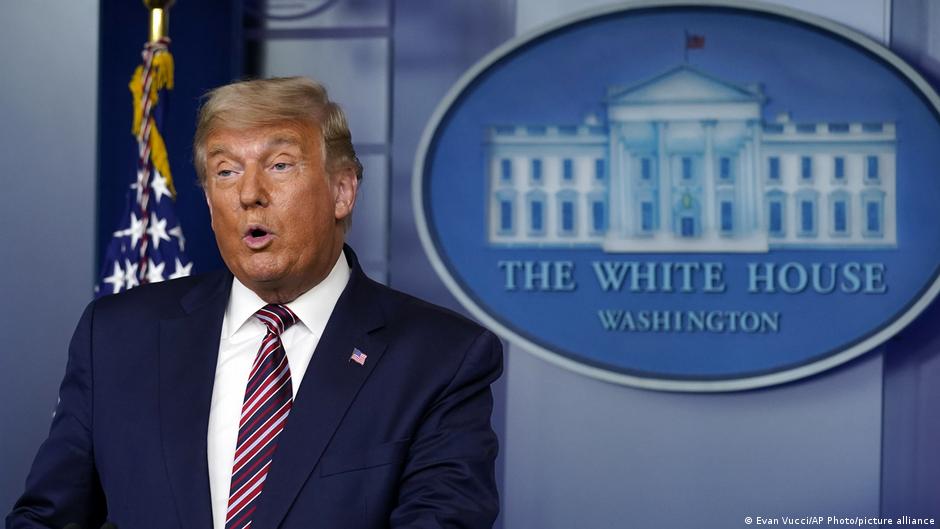 US President Donald Trump and his Democratic challengers Joe Biden made statements on Thursday night as the counting of votes continued across the United States and the results in key states remained undeclared.

Trump’s path to reelection appeared to get narrower as more mail ballots were being counted. Biden was fast catching up with Republican incumbent’s leads in Pennsylvania and Georgia.

With Arizona included in the tally, the Democratic candidate was just six electoral votes away from winning the presidency Thursday night. The Associated Press (AP) called Arizona for Biden on election night, but most networks are yet to do so. DW uses election data from AP.

Meanwhile, Trump sought to undermine the confidence in the US election by making unsubstantiated claims about the integrity of the results.

“They’re trying to rig an election. And we can’t let that happen,” he said, in a 17-minute statement at the White House where he gave no evidence to back his claim and took no questions.

While the results have been delayed due to the barrage of mail ballots that some states couldn’t begin counting until polling closed, election officials have said there is no evidence that any votes cast illegally are being counted or that the process is unfair and corrupt.

No presidential election has had all the votes counted the same day, and there is no law or even expectation that that should be the case.

Trump also said there is going to be “a lot of litigation,” alleging that mail-in ballots are subject to “fraud.”

“We think we will win the election very easily, and there is going to be a lot of litigation, and it could end up in the highest court in the land, we’ll see.”

The Trump campaign’s legal action in the states of Georgia and Michigan were dismissed with judges in each state finding no basis for the lawsuits. The campaign has vowed to file a new lawsuit in Nevada over what it called voting irregularities.

Several US networks cut short the live broadcast of what was Trump’s first public appearance since election night, after concluding that the president was making false statements.

Shortly after the president’s remarks, Biden said on Twitter: “No one is going to take our democracy away from us. Not now, not ever. America has come too far, fought too many battles, and endured too much to let that happen.”

Earlier, he had expressed confidence he would win.

“Democracy’s sometimes messy,” Biden said in his hometown of Wilmington, Delaware. “It sometimes requires a little patience as well. But that patience has been rewarded now for more than 240 years in a system of governance that has been the envy of the world.”

The former vice president called for Americans to remain patient and offered assurances that the counting of votes could be trusted.

“I ask everyone to stay calm. The process is working,” he said. “The count is being completed. And we will know soon”

DW’s Washington bureau chief Ines Pohl said there is no evidence to back Trump’s unprecedented claims of electoral fraud.

“Many fear that this will not end well, that [Trump’s] speech is a dog whistle, a call to arms so to speak, lie after lie, just to inflame violence in this country. This is a big fear right now in the US, less than an hour after Donald Trump delivered this speech in the White House,” said Pohl.

After traveling across the US in the weeks leading up to the election, Pohl said that Trump enjoys such widespread support based on his reputation as a successful businessman.

“We talked to many people. It was sometimes stunning how some African-Americans in Los Angeles told us that Donald Trump is the only person who is able to bring the US back on track after the pandemic. So many see him still as a strong businessman,” said Pohl.

DW’s Washington correspondent Oliver Sallet said that Trump’s unproven claim that mail-in ballots would suddenly show up after election day is directed to his followers.

“His follower base is not following the factual-based news. They are also getting their information from conspiracy theories like QAnon, so his claims resonate [with his followers],” he said.

Sallet added that Trump is seeking to create a narrative if he loses the election.

“And that is, it’s him, the underdog, against the establishment, that this election was stolen. Of course, this is all baseless, and we’ve heard that confirmed by international election observers,” Sallet said.