US election result delays: How 2020 compares

As the wait to know the victor of the United States presidential election enters its fourth day, Americans and the world feel the contest is taking an extraordinary amount of time to be called.

Of the last five contests going back to 2000, three have been called on the same night, between 11pm and about 2am, the hour at which the 2016 contest saw US President Donald Trump deemed victor over then-Democratic nominee Hillary Clinton.

Former President George W Bush was projected to win his second term the day after the 2004 election.

But the 2000 contest between Bush and former Vice President Al Gore took 36 days to be called, due to a legal challenge over vote tallies in Florida that went to the Supreme Court. 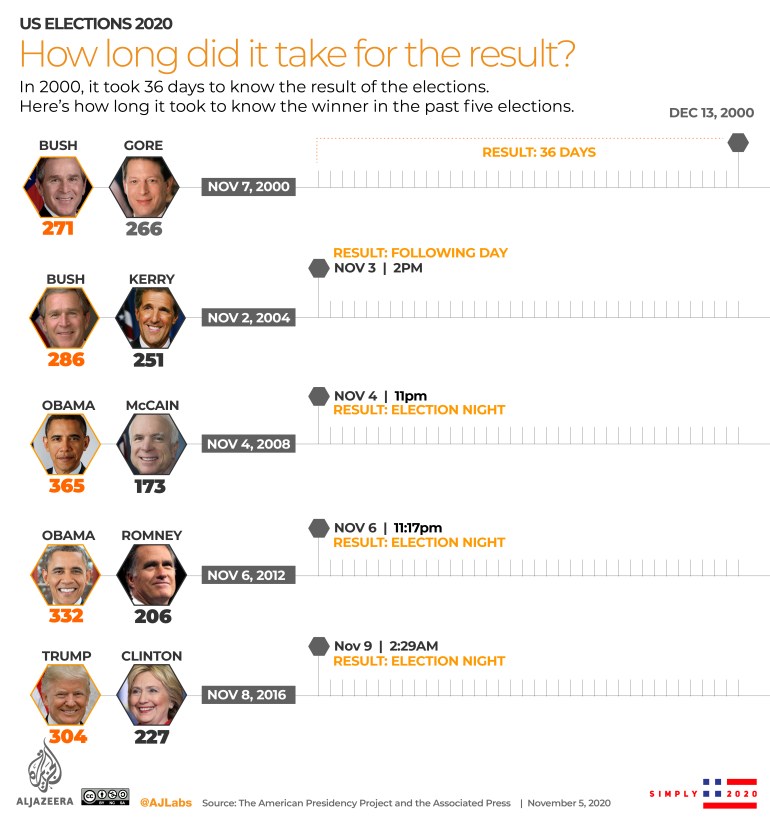 The majority of this year’s delay has been caused by the unusual conditions surrounding the COVID-19 pandemic, though Trump’s campaign has already filed numerous lawsuits that could make their way to the high court.

The candidate who wins 270 of the 538 Electoral College votes allotted by states based on their population, is named president-elect.

Currently, Democratic candidate and former Vice President Joe Biden sits at 264, needing only six, and is ahead in most of the states that have yet to be called.

Trump has 214 Electoral College votes and is likely to win more than a dozen more. This difference is in keeping with the wide range of margins since 1964. 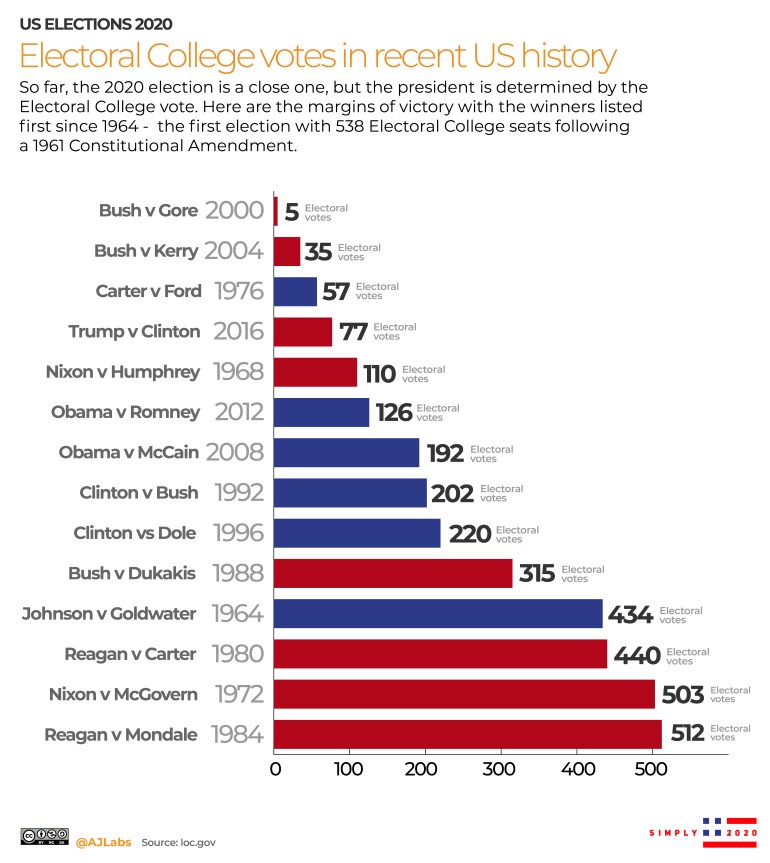 The smallest difference came in 2000, when Gore lost to Bush by five votes.

The largest was in 1984, when former President Ronald Reagan blew Democratic nominee Walter Mondale out of the water, winning 512 Electoral votes.

Though the US presidency is not decided by popular vote, Reagan won more than 58 percent of the tally, while Mondale lost with about 40 percent.

Sources: Apple and Sony each held talks about acquiring podcast network Wondery, which seeks a possible $300M-$400M sale; Spotify has pulled out of the running (Bloomberg)