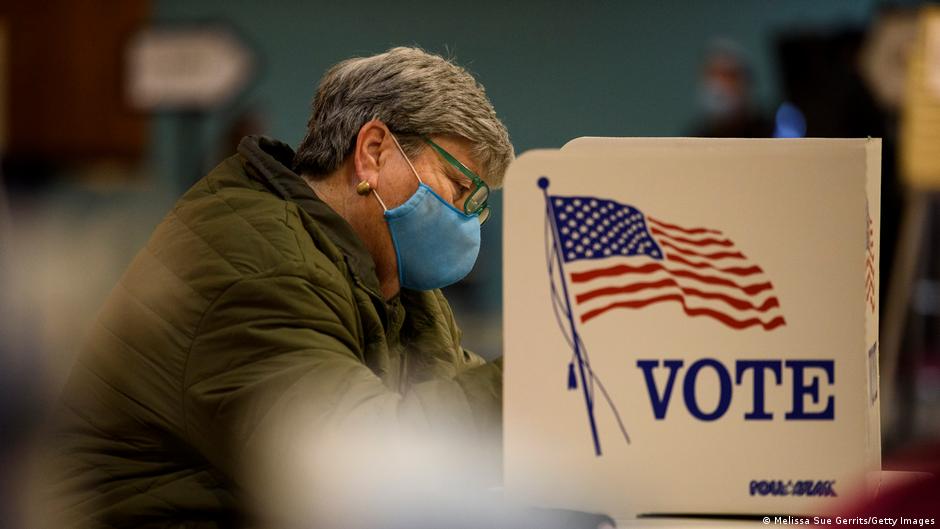 All times in GMT/UTC

18:50 Trump visited his campaign headquarters in Arlington, Virginia outside the US capital to thank dozens of campaign workers.

“I think we’re going to have a great night, but it’s politics and it’s elections and you never know,” Trump said. “Winning is easy. Losing is never easy … not for me it’s not,” he added.

The president is expected to spend the rest of election day at the White House.

Biden spent the first part of election day in Pennsylvania, speaking to supporters in his birthplace of Scranton, before traveling to Philadelphia. Biden is expected to return to his home state of Delaware for election night.

18:42 A US district judge has ordered the US Postal Service to carry out a sweep of processing facilities in central Pennsylvania, Philadelphia, Detroit, South Florida, Arizona, and several other regions to make sure no ballots have been held up and for any discovered ballots to be sent out immediately. Many states require mailed ballots to be received by the end of Tuesday.

17:48 President Trump told the “Fox & Friends” news program that he would declare victory “when” and “if” he wins the election.

“I think we will have victory. But only when there is victory. You know, there is no reason to play games,” said Trump in response to a question over suggestions in the US media that he intends to declare victory if early returns show him leading in key states.

Biden’s campaign manager, Jen O’Malley Dillon, said Monday that “under no scenario” will Trump be declared the victor on election night, adding that there is no historical precedent for the vote to be completely tallied on election night.

“When Donald Trump says that ballots counted after midnight should be invalidated, he’s just making that up,” she told a pre-election briefing with reporters.

17:30 More than 100 million voters have already cast ballots in early voting, according to the US Elections Project, a non-partisan website. The number portends a major turnout. For comparison, the total early votes cast in 2020 represents more than 70% of the total 2016 turnout. 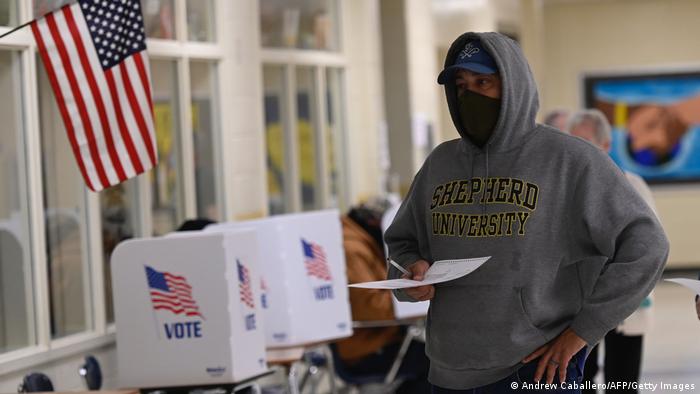 With more than 100 million early votes cast, the 2020 US election could break records

Read more: What to watch out for on election night

What time do polls open and close?

Voting kicked off in two small towns in the northeastern state of New Hampshire, where polling stations stuck to their traditional midnight opening (0500 GMT/UTC).

Most polls are to close around 7 or 8 p.m. local time. The final polls will close in the far western state of Alaska — by which time it will already be morning on the east coast.

How can I watch US election coverage?

There are several ways to keep up with DW’s live election coverage.

On TV – Watch the DW News channel on your TV

When can we expect results?

Results usually trickle in overnight, after polls have closed, with the candidates delivering their victory or concession speech in the early hours of the morning. But things may be a little different this year due to the record number of Americans voting by mail due to the coronavirus pandemic.

Mail-in ballots typically take longer to tally than votes cast in person, which means that if the race is tight in some key swing states, it could take days, or weeks, before a winner is confirmed.

Individual states begin counting these mail-in ballots at different times. Some, such as Florida, began the count ahead of November 3, while others can only start processing these ballots on election day.

How does the voting system work?

The race for the US presidency isn’t decided by popular vote. Rather, the winner is determined by the Electoral College, a body of 538 appointed electors, or delegates, from each state who in turn vote for the president. The number of Electoral College votes assigned to each state depends on its population size. In order to be elected president, a candidate needs to win a majority, or 270 electors.

It’s a winner-takes-all system, which means one candidate takes the full number of a state’s electoral votes. It also means the outcome in key swing states will likely decide the election.

Read more: US election: German-US relationship hangs in the balance

What are the key states to watch?

While most of the 50 states are expected to stay Republican red or Democratic blue after election day, several key states could go to either candidate. It’s these swing states that will ultimately decide who wins the White House.

Both Florida (29 electoral votes) and Pennsylvania (20 electoral votes) are split down the middle, and they’ll prove crucial because of the weight they carry in the Electoral College. Other key battleground states to watch include Wisconsin (10), Michigan (16), North Carolina (15) and Arizona (11). Trump won them all in the last election in 2016, but polls put Biden ahead in all six.

How Long Is This Going to Take? Americans Settle In to Wait