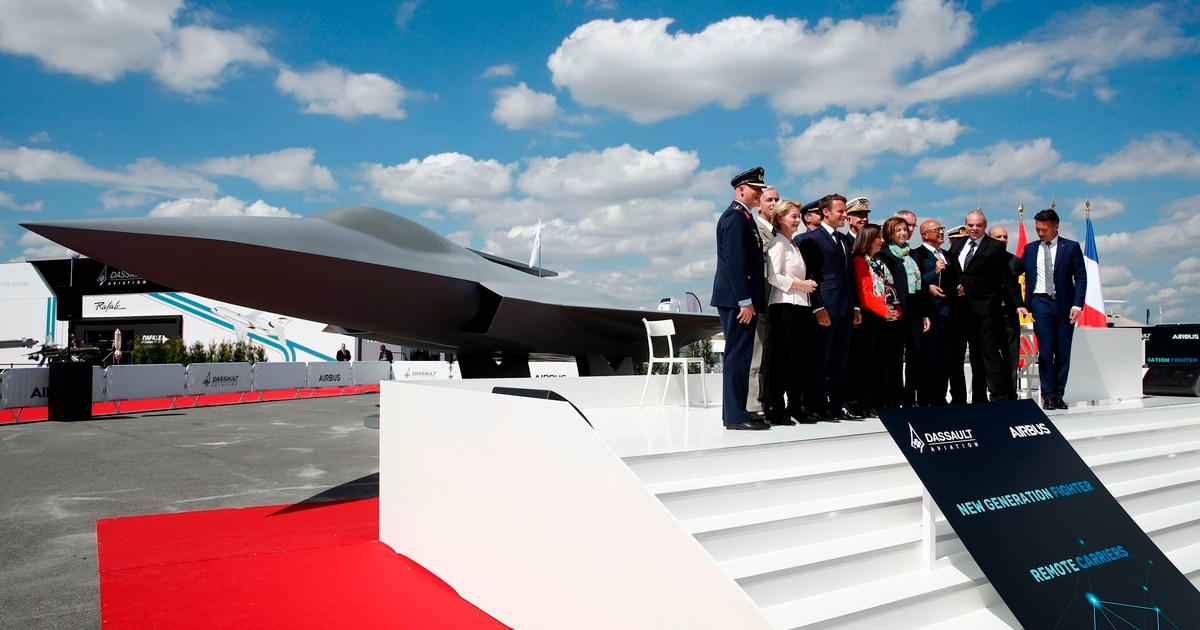 STUTTGART, Germany – The ongoing uncertainty surrounding the U.S. presidential election has reinvigorated conversations regarding Europe’s efforts to rebuild its own defense capabilities – no matter who occupies the White House.

Recent commitments to invest in pan-European defense solutions are becoming more urgent, and observers are looking for proof that these proposed joint programs are truly coming to life.

FCAS is among multiple pan-European defense programs that have emerged amid four years of a U.S. presidency under Donald Trump. Since 2016, Trump has questioned the ongoing relevancy of trans-Atlantic efforts, including NATO, and called on European allies to spend more on their collective defense.

As of Friday morning, votes continued to be tallied to determine the next leader of the United States. On the eve of the election, German Defense Minister Annegret Kramp-Karrenbauer warned in an op-ed published by Politico that the “illusions of European strategic autonomy must come to an end.”

While the minister emphasized that policymakers in Germany and Europe must continue to ramp up their military capabilities, she also urged the continent to acknowledge that “for the foreseeable future, we will remain dependent” upon U.S. security cooperation. Other U.S.-European policy observers wrote on social media this week that the chaotic process of the presidential election should be a wakeup call for Europe to maintain a laser focus on its own strategic destiny.

The next five years will be crucial for the program to prove itself, analysts and nation stakeholders agreed. The partners involved are moving quickly through the effort’s initial stages, said Bruno Fichefeux, FCAS leader for Airbus, in an interview.

Since the program’s inception in 2017, the industry team is now 19 companies wide and has invested over 200 million euros into the ongoing Joint Concept Study phase, along with signed technology demonstrator contracts, he noted.

“It’s a sign of a strong motivation by all partners to make it happen,” he said.

The results of the Joint Concept Study, launched in 2019, are expected to be revealed in summer 2021, the French defense ministry told Defense News. Meanwhile, the teams are working in parallel on Phase 1A of the demonstrator portion, launched this past February and scheduled to run for 18 months.

The initial demonstrators for the next-generation fighter and remote carrier drones are expected by 2026, while the advanced combat cloud may be introduced a year earlier, a source close to the program told Defense News. The full development program is currently slated to begin around 2027.

While all of the FCAS components should enter service in 2040 – to replace the partner nations’ fleets of Dassault Rafale and Eurofighter Typhoon fighters – certain capabilities may come online sooner. For example, some first-generation remote carrier drones may be available in the early 2030s to upgrade existing Eurofighter jets, the source said.

Several key decisions remain to be made. The stakeholders have not yet established a date when they will solidify the fighter jet and remote carrier designs, according to Fichefeux.

The question of workshare division also remains in flux. “You have to base the workshare on the typical criteria – who has the skills, who has the knowledge, who has the technology, who is the best player to ensure that we can move forward on this technology without duplicating it – while ensuring a level of cooperation. And this is what the nations are expecting of us,” he said. “It’s not a competition program. It’s a cooperation program.”

Programs like FCAS will position Europe’s defense companies to remain competitive in the global market, analysts said. The complex effort to build a “system of systems” involving multiple components and cutting-edge technical fields, has no equivalent in the history of arms cooperation programs in Europe, said Hélène Masson, a senior research fellow at the Fondation pour la Recherche Stratégique, a French independent think tank.

There is pressure to ensure that European industrial players maintain and enhance their technological prowess, and to compete against their American, Asian and Russian counterparts, she told Defense News.

The success of FCAS will depend on the quality of the Joint Concept Study and demonstrator phases, with the goal of reducing technological risks “and therefore limit delays and possible additional costs,” Masson said.

The program needs to start showing that it has a “degree of momentum,” said Sash Tusa, an aerospace and defense partner at Agency Partners, a London-based independent research firm.

“It’s important to focus on three key data points: one, when is the demonstrator going to fly; two, when is the prototype going to be flying; three, when is the in-service date,” he told Defense News. “Those are the three absolutely cast-in-stone dates, and as soon as they start moving, that tells you something about the program.”

FCAS could still suffer from its “deeply political nature,” Tusa noted. Previous efforts to build a Franco-German fighter jet have devolved into separate programs amid disputes over workshare.

The program could be a “litmus test” for France to prove that it is committed to a joint European weapons program this time around, said Dan Darling, a senior analyst for Forecast International, a U.S. market intelligence firm.

With Spain joining FCAS nearly three years into the program, questions still remain regarding workshare among the partner nations. Indra, Madrid’s industry lead, did not respond to requests for comment by this article’s publication.

But even if its workshare portion is smaller than that of Paris and Berlin, the research and development efforts that Spain will be privy to as part of FCAS serve as an opportunity that the nation “didn’t want to pass up,” Darling said.

Some watchers remain skeptical that this joint fighter jet effort will succeed where previous endeavors have failed. “It’s important to remember that it would take a serious breakthrough in Franco-German defense politics to change the status quo,” said Richard Aboulafia, vice president of analysis for the Teal Group, a U.S.-based market analysis firm.

But the current geopolitical pressures on Europe serve as powerful incentives for the program to succeed, Fichefeux noted.

“The complexity of [FCAS] requires nations to put their strengths together, not only in terms of funding, but also in terms of industrial capacity and technologies,” he said. “This trend towards sovereignty … really favors such a program as FCAS.”

“The geopolitical situation that we are facing reminds us every day that we need to have our own capabilities, and need to be able to operate in the future theaters within a sovereign manner,” he continued.

Dutch teacher in hiding after threatened for Islamic cartoon discussion