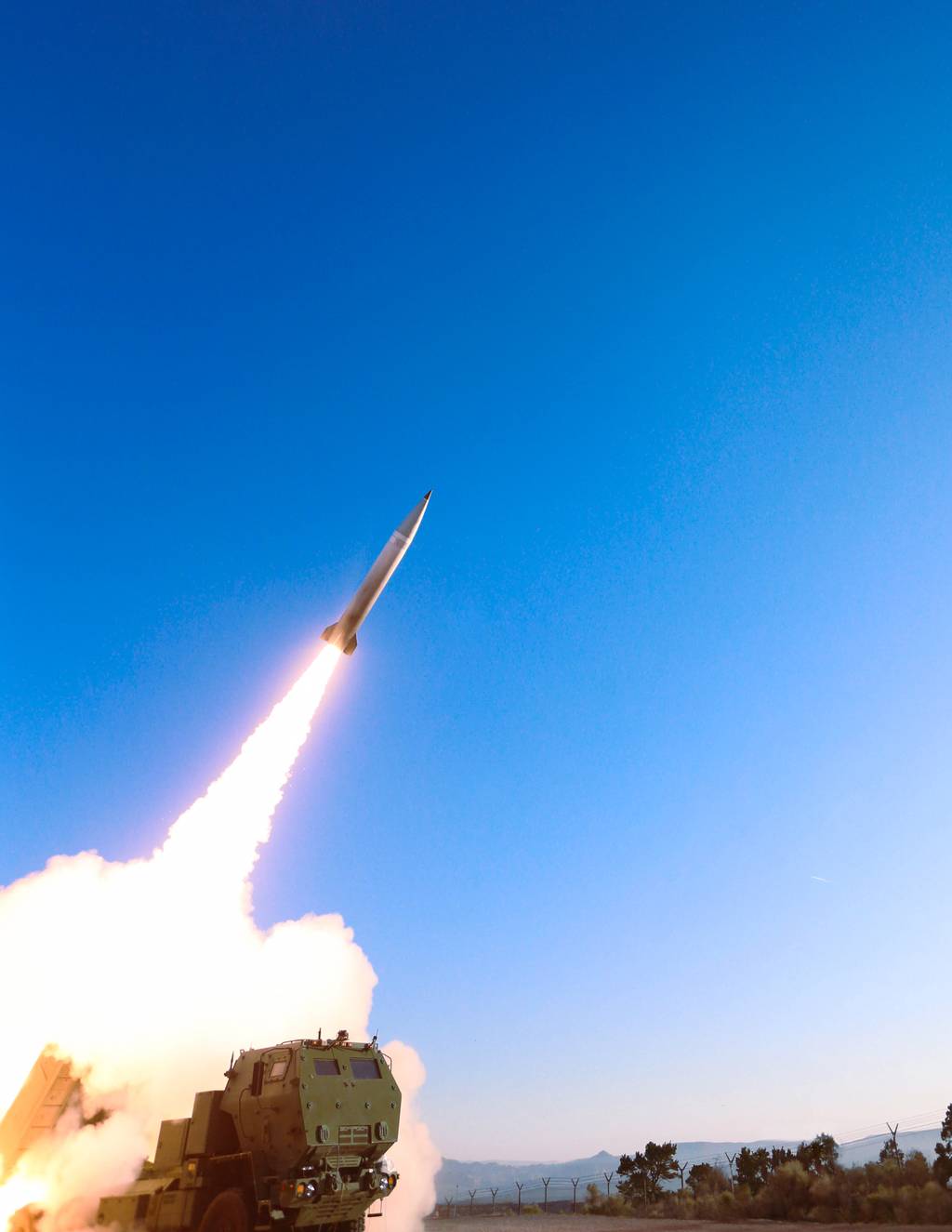 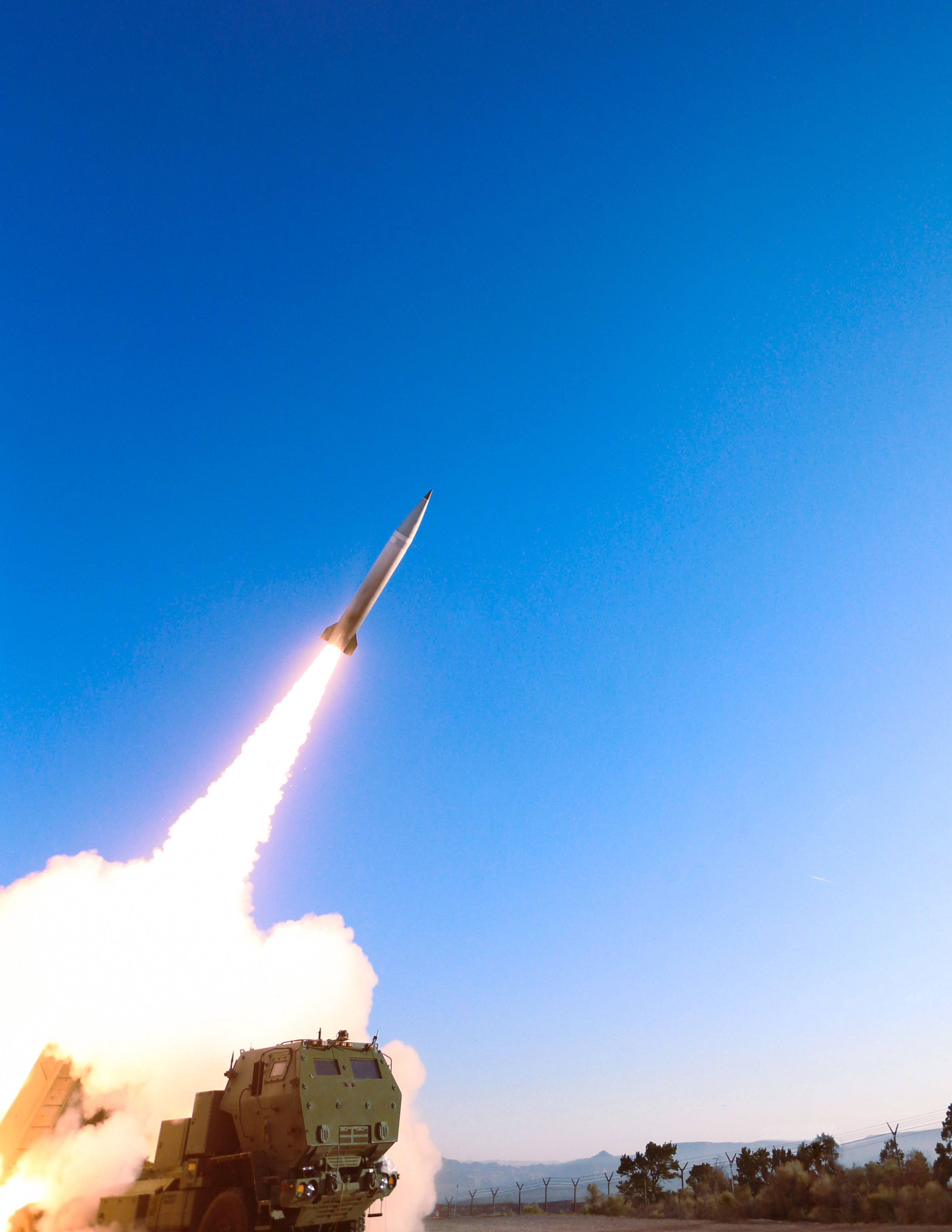 The U.S. Army’s Precision Strike Missile broke its distance record in a flight test at Vandenberg Space Force Base, California, Oct. 13, according to an Oct. 14 Lockheed Martin statement.

Lockheed Martin is the PrSM developer. The company and the Army have conducted five consecutive successful flight tests.

The company did not disclose the distance the PrSM traveled in its flight test, but the goal of the test was to see exactly how far the missile can travel beyond its previous set requirement of 499 kilometers.

The original intent was to reach a maximum of 499 kilometers, but America’s 2019 withdrawal from the Intermediate-Range Nuclear Forces Treaty with Russia has allowed the U.S. Army to develop the missile to fly farther. The INF Treaty prevented the development of missiles with ranges between 499 and 5,000 kilometers.

“The Precision Strike Missile continues to validate range and performance requirements,” Lockheed Martin’s Paula Hartley, vice president of tactical missiles for the company’s missiles and fire control business, said in the statement. “Achieving this long-range milestone for the baseline missile demonstrates PrSM’s capability to meet our customer’s modernization priorities on a rapid timeline.”

The Army originally planned for the test shot at Vandenberg to take place August, but due to range scheduling, the event was pushed back to October, Brig. Gen. John Rafferty, who is in charge of Army Long-Range Precision Fires modernization, told Defense News in an interview before the Association of the U.S. Army’s annual conference this week.

The U.S. Army approved the PrSM program to move into the engineering and manufacturing development phase on Sept. 30 and awarded Lockheed a $62 million contract for an Early Operational Capability production.

The contract drives the Army toward an initial fielding of the weapon in fiscal 2023.

PrSM is a priority program for the Army and is intended to replace the Army Tactical Missile System. It will play an important role in the service’s future deep-strike capability necessary to counter Russian and Chinese capabilities.

The PrSM will also be shot during the Army’s Project Convergence campaign of learning at Yuma Proving Ground, Arizona, this year. The missile will have a side-by-side shot during which one missile is launched from one side of the pod and another from the other side of the pod. Lockheed would not disclose the rate of fire for that test involving more than one interceptor.

The missile broke a range record in May, reaching “more than” 400 kilometers — roughly 250 miles — in a test shot at White Sands Missile Range, New Mexico, according to Lockheed Martin.

PrSM also went through three flight tests last year during a technology maturation and risk reduction phase, ranging from 240 kilometers, 180 kilometers and 85 kilometers. Shorter ranges can be more difficult to execute, as the missile must go up and come down quicker, according to experts.

While the PrSM development program started out as a competitive effort between Lockheed and Raytheon Technologies, the latter ducked out of the competition in early 2020.

The Army is shooting to initially field the capability in 2023, but it will spiral in more technology, including an enhanced seeker, and more capabilities, such as increased lethality and extended range. The priority for PrSM in the near term is to pursue a maritime, ship-killing capability as well as enhanced lethality.

Army Futures Command has yet to determine the timeline to extend PrSM’s range, but Rafferty said the Army has been investing in extended-range propulsion development “for a while, with good results.”

The Army expects to decide in FY22 on the propulsion approach, he added. “It’s going to be a hard choice of which is best, so we’ve got to refine what’s the objective range.”

Leprosy seen in wild chimpanzees for the first time