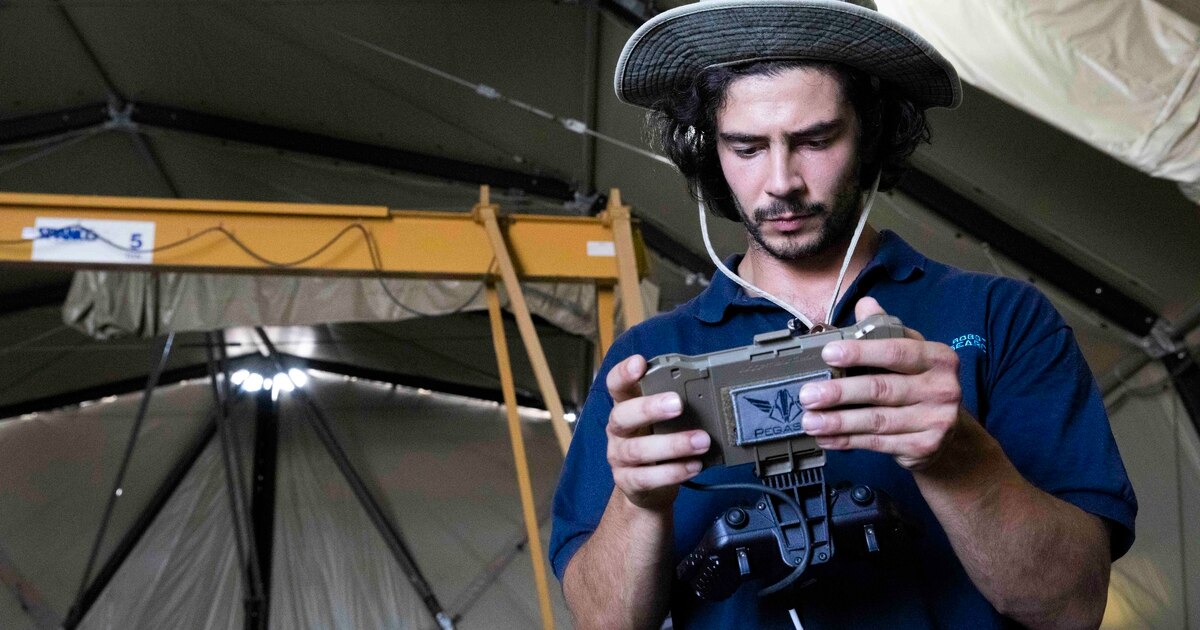 WASHINGTON — A recent high-tech exercise at Yuma Proving Ground, Arizona demonstrated to U.S. Army leaders how important having coders on the battlefield will be going forward against near-peer adversaries.

“We have to have coders at the edge,” Brig. Gen. Ross Coffman, who led the Project Convergence campaign of learning over a six-week period from August into September, said Oct. 15. Coffman spoke as part of a C4ISRNET webcast at the Association of the U.S. Army’s conference.

“One of the success stories of Project Convergence was whenever we identified a problem with the code, a problem with an algorithm, we had — we called them the Pep Boys — and the Pep Boys were there coding into the night to fix problems every day,” Coffman said.

These coders at Yuma sat in 120 degree heat, with nothing more than a laptop and fan, he said.

“They were able to solve problems in hours because the engineers, scientists and soldiers were all together working on the same problem,” Coffman said. “We have to have that going forward.”

Tech-savvy soldiers will be critical on the future battlefield. “Now you hear ‘field-craft’ for soldiers out in the field, they really understand how to operate. You hear about tradecraft, a tanker on their tank, they really understand their tank,” Col. Rob Ryan, the deputy director in charge of Army network modernization, said during the same event. “We’ve got to incorporate into the lexicon the tech-craft piece as we modernize this Army.”

But what does having coders on the battlefield look like?

“We have mechanics across the battlefield at echelon,” Coffman said. “Do we want a coder with the forward line of troops? Probably not. But not far back from that. We need to understand so that we don’t have the burden of this long misunderstood problem that we’re trying to solve.”

When dealing with a “living, breathing, thinking threat, we have to provide capability that can be able to adjust on-the-fly at that pace,” Brig. Gen. Rob Collins, the Army’s program executive officer for command, control, communications – tactical, said at the event.

But having coders on the battlefield isn’t simple because networks have to be configured so they are secure and such a possibility will still require a hard look at tactics, techniques and procedures.

“There are things that we can do with open systems architecture,” which means the government needs to own the data, he said. “Often what folks get focused in on is the intellectual property and as long as we control the interfaces, we can provide things like a ‘Pep Boys toolkit’ so that soldiers out on the edge can have a developer’s kit,” he suggested.

Then as the threat, information and sensors change, “whatever the process may be, they can tailor that based on their mission without having to go all the way back to the factory of the industrial original equipment manufacturer to make that change,” Collins said.

Having such a capability is “well within the art of the possible,” he said, adding, “We have to think through the configuration management just to make sure that we continue to keep our systems cyber-hardened on the battlespace.”

The Army isn’t just demonstrating the need for these types of technical experts out at Project Convergence, but have been doing so around the world, Col. Stephanie Ahern, Army Futures Command’s chief of concepts, said.

And so the Army has already been working within its new talent-management effort to get the right types of people for these jobs. Some of those processes, which AFC is leading, include standing up of the Army’s new software factory in Austin, Texas, and its partnership working on artificial intelligence with Carnegie Mellon. They are helping to develop experts that could enter the force, according to Ahern.

Some have argued it’s hard to convince software engineers, coders or even hackers that their place is with the U.S. Army due to perceived culture clash, but for Coffman, it’s a fit.

“If you know coders, you’re not doing it for the money,” he said. “Most of them, they’re in it because they want to solve extremely hard problems and the United States Army, that’s what we deal with is extremely hard problems on the edge of the battlefield while people are shooting at us in 100-degree heat. These women and men that have this talent … we need to retain them and we retain them by giving them really tough things to solve.”

Lockheed teams with Aerojet on Next Generation Interceptor