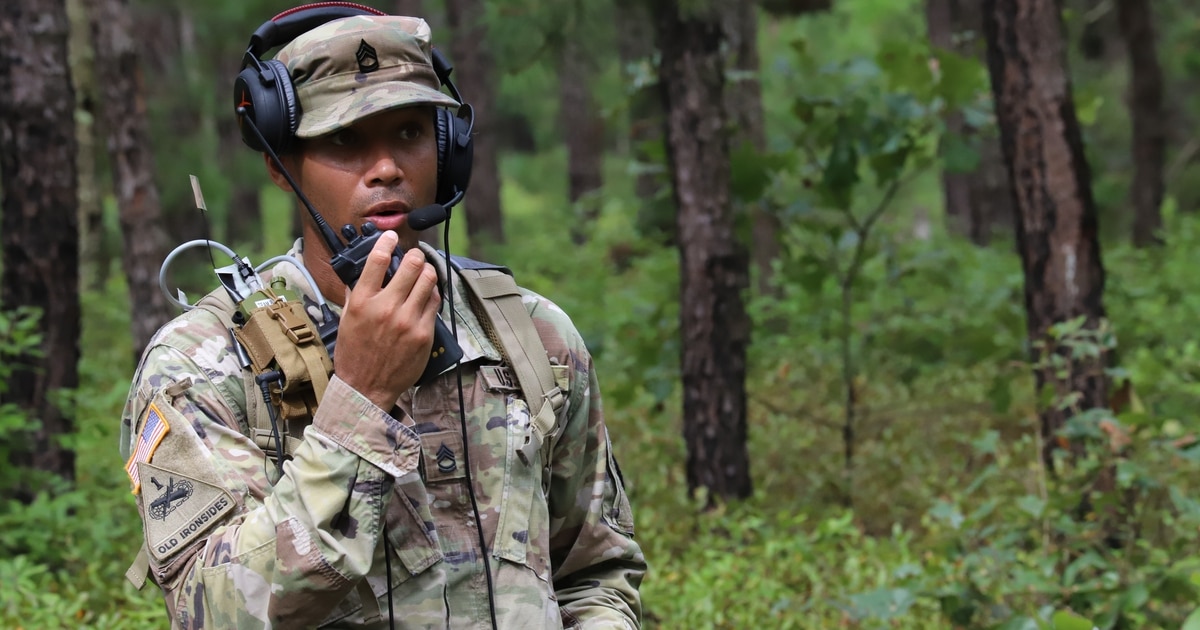 WASHINGTON — The U.S. Army’s tactical network science and technology arm made major breakthroughs at a recent experiment on several pieces of advanced technologies that will likely be part of the service’s next set of new network tools.

Those technologies are set to be part of Capability Set ’23, the next iteration of new tactical network tools that focus on increasing throughput, bandwidth and network resiliency.

“NetModX is a great facility and venue to test those out and reduce the technical risk so that they can come into more capability-focused, operationally focused events,” said Donald Coulter, senior S&T adviser to the Network Cross-Functional Team.

The experiment was held July 20-Oct. 2 at Joint Base McGuire-Dix-Lakehurst in New Jersey by the Army Combat Capability Development Command’s C5ISR Center — or Command, Control, Communications, Computers, Cyber, Intelligence, Surveillance and Reconnaissance Center. The center makes prototypes of emerging technologies with industry and then works to transition them into Army programs of record. That has been a difficult process until recently, when the tactical network team received $30 million in funds designed to bridge that gap between the S&T community and Army programs of record.

The radio team at the C5ISR Center worked to strengthen the resiliency of radios by running them through simulated adversary threats that advanced state actors like China and Russia could use to disrupt communications. The most promising radio tested was made by Silvus, which the team and company were able to make “very, very difficult to jam,” according to Daniel Duvak, chief of the C5ISR Center’s radio frequency communications division. A C5ISR Center spokesperson later added that radios made by Persistent Systems also showed similar advancements in anti-jam capabilities at NetModX.

The Silvus radio is slated for Capability Set ’23, Duvak told reporters on a Oct. 22 roundtable. At NetModX, C5ISR Center experts worked with the Silvus team to develop several technologies built into the radio and enhance resiliency. The first is power control, which controls the signal power so the adversary won’t detect it. The team also worked on interference avoidance, where the radio changes frequencies to avoid jammed ones.

Finally, the team enhanced the radio’s interference cancellation. This is important because “if the radio senses interference, either from an adversarial jammer or from noise generated on the platform, [electromagnetic interference] noise, it can cancel out some of that noise and energy that is unwanted so that we can get back to a higher bandwidth and better operation,” according to Duvak.

Despite the tightened communications security, the team is still working through some radio-related challenges it needs to refine before Capability Set ’23 is sent to soldiers in fiscal 2023. The first challenge is overall network architecture and spectrum allocation depending on what bandwidth the soldiers are using in an area of operation. The second challenge is still power control. At NetModX, the service tested power control between just two radios, but it wants to test that control in a larger network.

“How that power control algorithm works is something that we really need to continue to exercise and see how that works when we have multiple radios in the network,” Duvak said.

The Army also made a major breakthrough on millimeter waveforms, another Capability Set ’23 technology, getting its throughput capability up to “multiple” gigabits per second, Duvak said, which will have several benefits for the service in the field.

“So we can do multiple video feeds, we can re-replicate data between servers, but that opens up the aperture quite a bit as to some of the things that we can do out in the battlespace,” Duvak added. “Also from the spectrum perspective, going up into that millimeter wave band where there’s available spectrum is really a gamechanger to get out of where it’s [a] very congested spectrum where we typically [have] been operating.”

Duvak anticipates the biggest challenge with millimeter wave will be cybersecurity.

The Army also tested new protected satellite communications capabilities at the experiment. Jeremy Zwirn, an electronics engineer for the C5ISR Center’s satellite communications resiliency team, told reporters that the team experimented with interference cancelation technology bound for Capability Set ’23. (The argument here is that an adversary could jam a frequency so data can’t be demodulated by the receiving hub.)

“Interference cancellation has very advanced algorithms that are actually able to separate the interference from the original signal of interest, the signal that you want to receive, clean it up and present that back at the sanctuary hub, thus allowing the communication to continue going on even though you’re being jammed by an adversary,” Zwirn told reporters.

The unsolved problem at this point, he said, is integrating the technology more seamlessly with the modems that the soldiers use.

“What we’d like to have is a complete feedback loop between the modem and the interference cancellation algorithms, which will automatically refine how the algorithm is working,” Zwirn said. “The adversary may not just put up an interfering signal and not change it. These things can be dynamic, and we want it to be as automatic and seamless from the war fighter as possible so they can concentrate on the mission at hand instead of trying to play catch-up with the adversary to keep the signal locked.”

SATCOM testing only included geosynchronous satellites, but no low- or medium-Earth orbit satellites. LEO and MEO satellites are capabilities the Army is looking to mature by Capability Set ’25 or ’27.

Another SATCOM capability tested at NetModX that will likely be mature enough by Capability Set ’25 is bandwidth virtualization, a technology that protects the link by using multiple satellites, or a combination of satellites and terrestrial capabilities to carry information to then put that information back together at the final destination.

“If one or more of those links are taken down, your entire communication path is not taken down,” Zwirn said. “You would still have the ones that are not being interfered with.”

The weaponization of a first lady’s image