US Army gets first Infantry Squad Vehicle from GM Defense 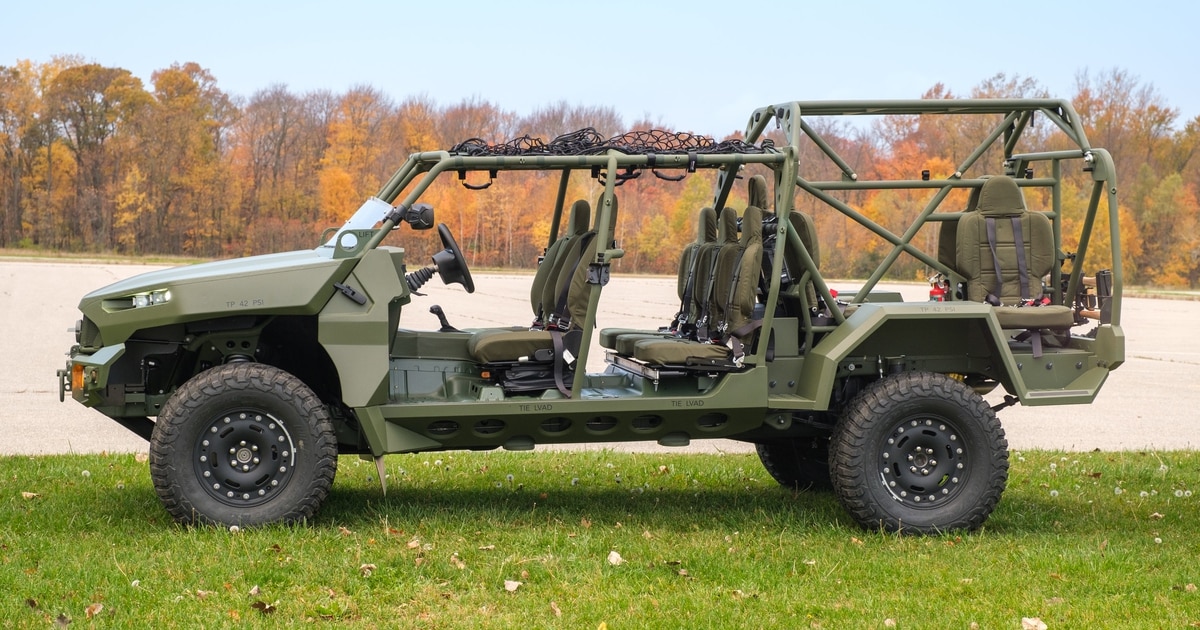 UPDATE — This story has been updated to correct the location for ISV production in North Carolina. A GM Defense representative previously misspoke.

WASHINGTON — GM Defense delivered its first Infantry Squad Vehicle to the U.S. Army in an Oct. 27 ceremony at its proving grounds and production facility in Milford, Michigan, just 120 days after being chosen to build the new troop carrier.

Designed to carry a nine-soldier squad, the ISV was specifically put together to be light enough to be sling loaded from a UH-60 Black Hawk and small enough to fit inside a CH-47 Chinook, to provide maximum flexibility for deployment.

While the first low-rate initial production vehicles — 27 in total — will be built in Michigan, GM has a long-term plan to move its ISV manufacturing to Concord, North Carolina, where it is standing up a facility to manage its higher volume ISV production.

The Army first identified a need for a light infantry vehicle in 2015 when its most recent combat vehicle strategy was released, but nothing materialized until Congress forced the Army to launch the competition as part of the FY18 National Defense Authorization Act. The Army awarded $1 million contracts to three teams in August 2019 to develop offerings — GM Defense, a team of Oshkosh Defense and Flyer Defense LLC and an SAIC and Polaris team.

“One hundred and twenty days from contract award to delivery is a significant milestone, and I am very proud of the team for this accomplishment,” David Albritton, president of GM Defense, said in a statement. “We’re leveraging General Motors’ engineering prowess and immense manufacturing capabilities to bring transformative solutions to the military vehicle market. Our initial success with the ISV shows our commitment to our customer and highlights our unique right to win in the military mobility market.”

GM Defense has a “very, very talented team,” Albritton said during the ceremony, and “their innovation, attention to detail, flexibility when incorporating soldier feedback during testing and a magnitude of other factors helped us to win this ISV contract and gives me great hope for how we will tackle other pursuits in the future.”

The first vehicles will be going to the 1st Infantry Brigade Combat Team of the 82nd Airborne Division, but ultimately 11 IBCTs will be outfitted with 59 vehicles each under the first contract covering the 649 ISVs.

The vehicles are slated to go through tests in the coming year, including further analysis of its air-deployable capability, as well as verification the maintenance manuals are complete. The first unit equipped will take the ISV through an initial operational test and evaluation.

With the success of the ISV, GM Defense is setting its sights on other opportunities with the Army and other military services.

“We have a strong interest in the Joint Light Tactical Vehicle Program,” Albritton said. The Army is planning to re-compete for the JLTV and for new Humvees to round out the tactical vehicle fleet.

“If you look at the size and scale of this program, obviously, this is closer to a commercial-size vehicle, but as you step up in class and step up in weight, we believe we have a right to win in vehicles sizes of that size,” he added.

“That doesn’t limit us there, as well. There are only a few ground vehicle programs across the [Defense Department] right now, but we believe that other than doing a fully integrated vehicle like we do on ISV or what we potentially could do on JLTV in partnership with other companies, we can look at programs like the Advanced Reconnaissance Vehicle for the U.S. Marine Corps, or we can look at the Optionally Manned Fighting Vehicle,” Albritton said. “But if you think about power and propulsion solutions, you think about light weighting, think about cybersecurity, there’s other types of capabilities that we can apply in partnership on a variety of platforms as well.”

Naval Group keeps its head down during the pandemic