US Army floats the option of fielding high-altitude balloons 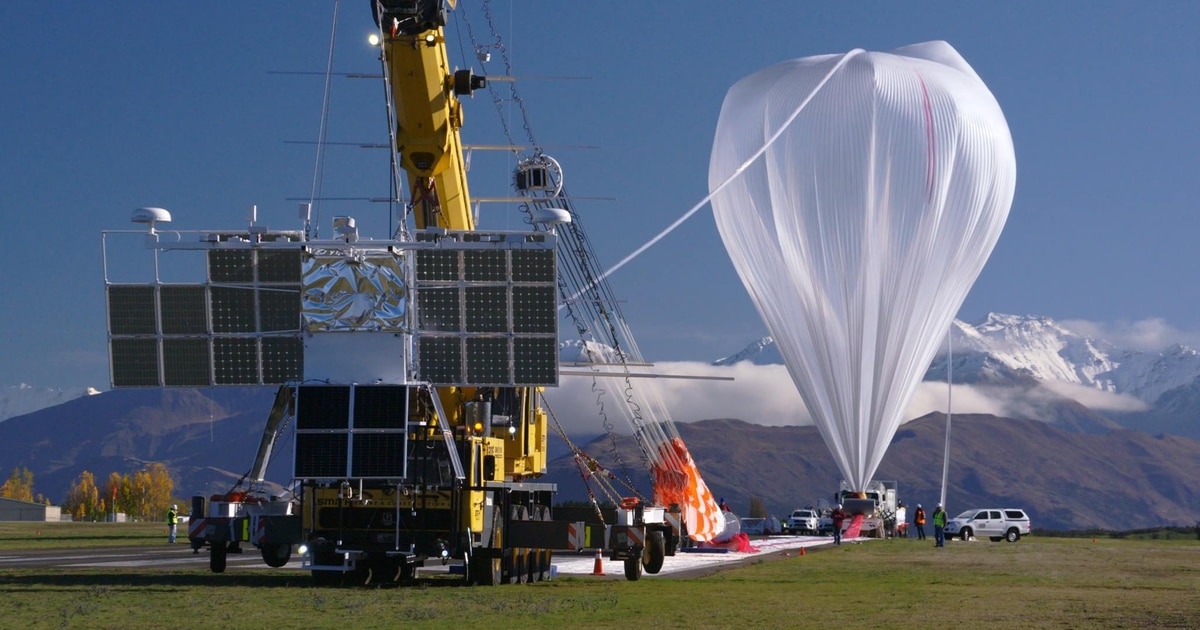 WASHINGTON — The U.S. Army is now carving out a path to field high-altitude balloons to provide an additional but less expensive layer of communications, connectivity, range extension and surveillance capabilities, adding resiliency to the service’s existing architecture of space assets and aircraft supporting multidomain operations.

Recent tests and experiments with high-altitude balloons at White Sands Missile Range, New Mexico, left an impression on the head of the Army’s Space and Missile Defense Command. “It’s just phenomenal what we’re able to do with high-altitude balloons,” Lt. Gen. Daniel Karbler told Defense News in an interview ahead of the Association of the U.S. Army’s annual conference, which took place virtually Oct. 13-16.

“I don’t have the cost analysis but, in my mind, pennies on the dollar with respect to doing it. If I had to do it via a [low-Earth orbit] or some satellite constellation, what we are able to provide with high-altitude balloons, it’s tactically responsive support to the war fighter,” he added.

Karbler said he sees the balloons supporting the Army’s Multidomain Task Force in the future.

“Conceptually, with the types of missions that the Multidomain Task Force is working, the high-altitude balloons would be a key capability enabler,” Brent Fraser, concept development division chief at SMDC’s Space and Missile Defense Center of Excellence, told Defense News in an Oct. 29 interview.

In terms of war games and experiments conducted with high-altitude balloons, “as we look at a number of emerging concepts and capabilities and formations,” he explained, “I think we still have a ways to go, but I think we’re on a positive path to continue.”

SMDC has been working on high-altitude balloons — basically dirigibles that can camp out roughly 60,000-90,000 feet in the air — for a long time, but recently the technology has improved, particularly through the commercial market. Google, for instance, used high-altitude balloons to help Puerto Rico after Hurricane Maria to help establish internet connectivity.

Duration is one of the areas that has greatly improved. High-altitude balloons can now stay aloft for weeks, if not months, rather than just hours or days. Users can also command and navigate the balloons better than before, and the platforms can more easily be recovered after missions.

SMDC has partnered with Army Futures Command to advance the technology, particularly involving the latter’s Assured-Positioning, Navigation and Timing cross-functional Team as well as Training and Doctrine Command, the Army Intelligence Center, and cyber and special operations personnel.

Several years ago, the Army developed a high-altitude concept that established a foundation on which to build, Col. Tim Dalton, Army capability manager for space and high altitude within the SMDC’s center of excellence, said in the same interview.

After integrating the concept into a variety of war games with Futures Command and other entities, the Army is starting to develop requirements. “We’re in the initial stages of defining what those requirements would be,” Dalton said. “There’s kind of two aspects to the high-altitude piece: the high-altitude platform, so it’s the balloon, and then whatever it’s carrying on there for a payload.”

The Army has created initial documents for staffing through Futures Command, and over the next couple of years the service will run those requirements through the Joint Capabilities and Integration and Development System process, which will lead to review by the Army Requirements Oversight Council.

The service is in the early stages of figuring out what a program of record would look like, but it has some options, Dalton said. “What we’re kind of hoping to do over the next couple of years as part of our campaign of learning is to help define what that looks like and the best way to resource those requirements for the Army.”