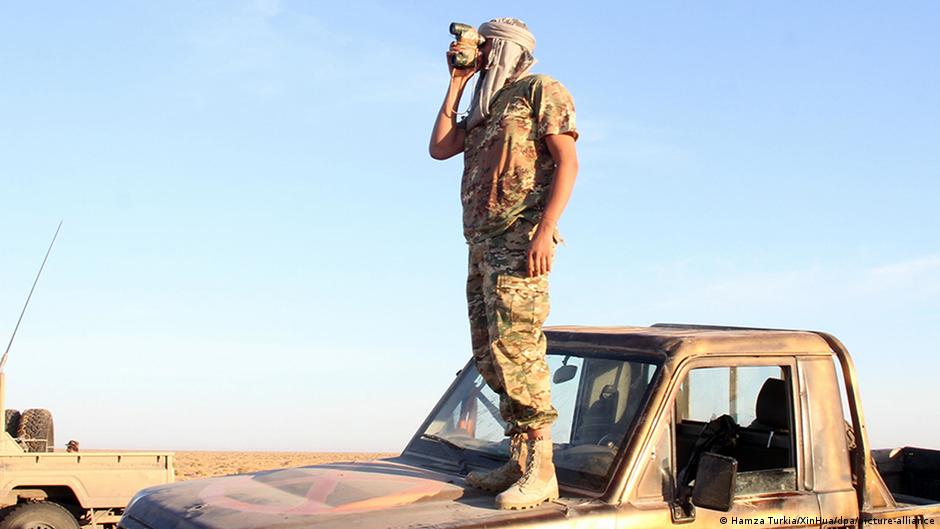 Ahead of direct political talks about to place in Tunisia, the acting head of the United Nations Support Mission in Libya seemed to express cautious optimism that the conflict could be resolved. Stephanie Williams, who is also the UN secretary-general’s acting special representative to Libya, spoke after the warring sides met in the town of Ghadames to discuss how to implement a ceasefire agreed to in Geneva in October.

“This is the beginning of a process that is going to require determination, courage, confidence and a lot of work,” Williams told reporters in Ghadames on November 4, “and what I have seen in these two days and what I saw in Geneva was the determination of this team to implement this agreement.” 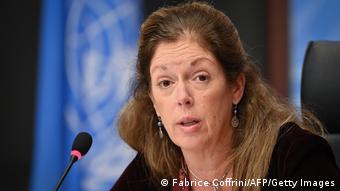 Williams says the process will “require determination, courage … and a lot of work”

UN Secretary-General Antonio Guterres has called the process a “fundamental step toward peace and stability,” and the United Nations has set demanding goals. The aim is to form a new government of unity by integrating key representatives of Libyan society in the process — and then to organize parliamentary and presidential elections.

Thomas Volk, the director for the regional program for political dialogue in the South Mediterranean for the Konrad Adenauer Foundation, considers it a “great success” for Williams that talks are taking place at all. “To get the different actors around a table is an achievement,” he told DW. “It is also to be welcomed that she is continuing the principle of the Berlin Libya conference to not only address the economic and military aspects of the conflict but also the political.”

A series of meetings will be held with groups from across society as part of a wider Libyan Political Dialogue Forum. “It represents a variety of different constituencies, based on the principles of inclusivity, fair geographic, ethnic, political, tribal, and social representation,” the United Nations announced in October.”The group was convened by the UN to include representatives of the House of Representatives, of the High Council of State as well as Libyan political actors who are not members of the two institutions, and with a firm commitment to the meaningful participation of Libyan women, youth and minorities.”

But not everybody is convinced by the method. “A whole series of Libyans feel excluded,” Volk said. “This is highly problematic because it puts the legitimacy of the talks into question, as well as the results that might emerge.” He added that many people fear that participants could try to use the talks to maneuver themselves into influential positions. 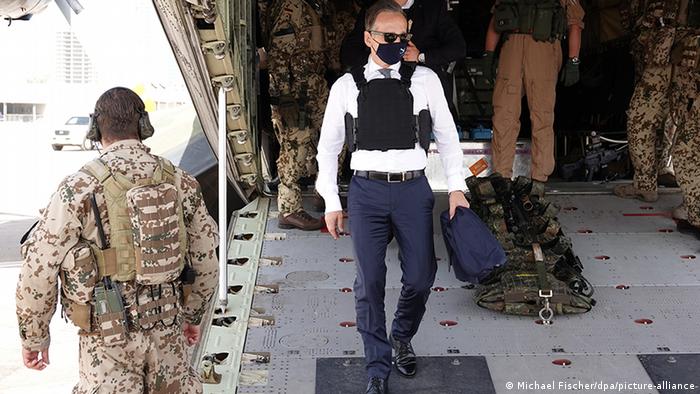 The fact that the terms of the ceasefire agreed to in Geneva are not entirely clear will not help the situation. Though the Brussels-based International Crisis Group welcomes the deal, an analysis by the ICG found that the text leaves “room for divergent interpretations, misunderstandings and/or intentional recasting of terms to serve either party’s interests — or those of foreign patrons.”

“Should disputes erupt between the sides over how to interpret the accord, it could fall apart, leading to renewed combat,” according to the ICG. And, though both sides have agreed that all foreign fighters, military advisers and mercenaries should leave Libya by the end of January 2021, the ICG reports that “the problem is that neither side officially acknowledges being supported by foreign fighters, which could lead to future backtracking.”

According to the analysis, the ICG “understands that — on Tripoli’s side — Turkish-supplied anti-Damascus Syrian fighters and a handful of Sudanese and Chadian armed groups mainly based in southern Libya are to go home.” On the side of Khalifa Haftar’s rival government in Tobruk, “those who will leave are the estimated 2,000-3,000 Russian Wagner Group contractors, pro-Damascus Syrian fighters and a second collection of Chadians and Sudanese.”

Volk said it was hard to predict how the foreign fighters would respond and whether they were ready to leave. He said Turkey and Russia would probably be keen to not disturb the current balance of power.

Further potential for conflict, according to the ICG, is that the agreement “states that all foreign military officers must leave the country immediately and freezes all training agreements with foreign states until the Libyan parties form a new unity government.” In the past, the Turkish military trained militias with links to the Government of National Accord, while Russia, Egypt and other countries trained soldiers linked to Haftar. The agreement does not specify which training programs and which foreign actors might be affected. It is also unclear “whether less controversial programs carried out by European states, such as training of the coast guard loyal to the GNA, must also halt,” according to the ICG.

There will also be very tough negotiations with regard to the withdrawal of the warring sides’ own troops — and where they should go. Another problem could arise from the fact that the two sides have agreed that, because the ceasefire will not apply to groups defined as terror organizations by the United Nations, they should thus be allowed to continue fighting irregular actors. This could trigger a proxy war.

“The potential for backtracking is considerable,” the ICG warned.

Volk said it was important to find a way to convince foreign fighters to withdraw: “Only then can Libyan society embark on a serious peace process.”

This article has been adapted from German.

‘Nope… They can CHOKE’: Katy Perry sounds a rare bipartisan note of love for family, only to get ripped by thought police