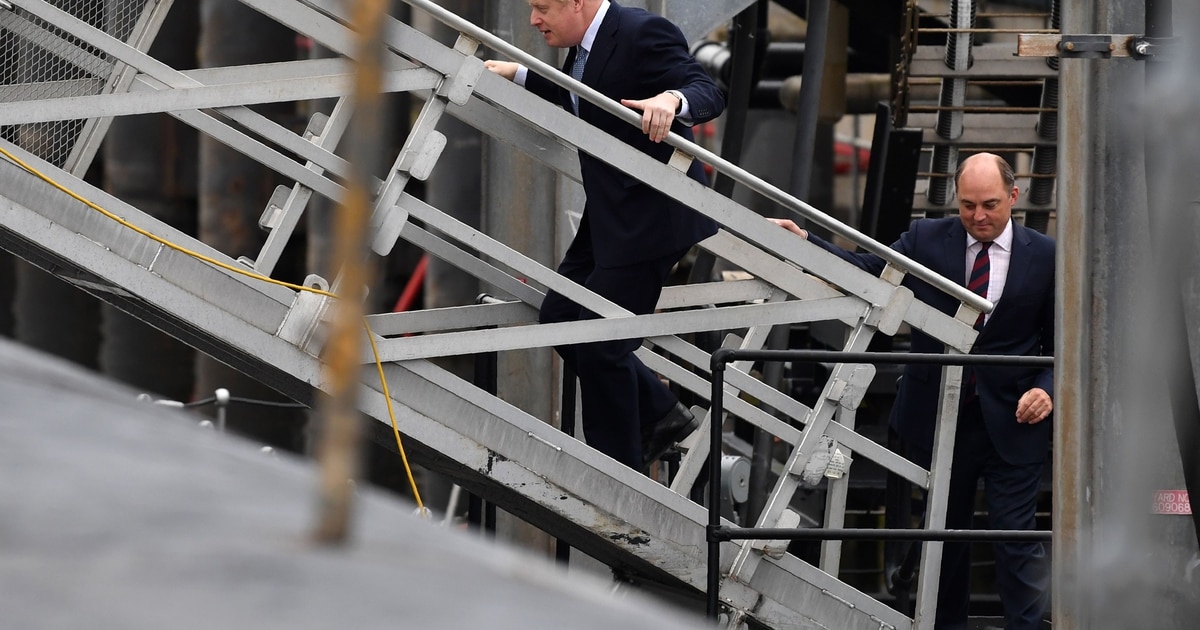 LONDON – Britain’s Ministry of Defence has taken back management control of its nuclear weapons facilities from an industry-led consortium that has been running the operation for two decades.

Defence Secretary Ben Wallace said in a statement to parliament that the Atomic Weapons Establishment will become wholly owned by the MoD, with the new arrangement expected to be in place by June 2021.

“Under the revised arrangements, AWE plc will become an arms-length body wholly owned by the MoD. It will continue to be managed by a world-leading team and a new board will be appointed by the MoD,” he told lawmakers.

Since 1999 AWE has been managed and operated by a Lockheed Martin-led consortium, which also includes Jacobs Engineering and Serco, in a deal which had been expected to run until 2025.

The arrangement, won in competition, followed several years of commercial management by Hunting-BRAE.

The establishment, based at Aldermaston in southern England, is at the core of British activities toward developing, producing and disassembling nuclear warheads for the Royal Navy’s fleet of Trident missile-armed submarines.

In February the MoD committed itself to development of a new nuclear warhead to allow the Navy to field an effective deterrent for deployment on the new fleet of Dreadnought-class submarines due to start replacing the existing boats early in the next decade.

The MoD owns the AWE sites and facilities. The day-to-day management, operations and the maintenance of Britain’s nuclear stockpile are the responsibility of the consortium, which employs the workforce and maintains the nuclear site operating licenses.

Wallace said the MoD has been looking at a successor arrangement for the current deal since July last year.

“Although the existing arrangements have brought stability to the organization the MoD has concluded that AWE will revert to a direct government ownership model,” said the defence secretary in his statement to parliament.

The MoD appears to have left the door open to some degree of commercial involvement in AWE.

In his statement Wallace said the new business model will see AWE “continue to draw on private sector specialist support to strengthen capability as well as playing a key role in managing capital projects and contracts.”

In a separate statement the defense ministry said removal of the current commercial arrangements would “enhance the MoD’s agility in the future management of the UK’s nuclear deterrent, whilst also delivering on core MoD objectives and value for money to the taxpayer.

“The decision was taken in order to simplify and further strengthen the relationship between AWE and the MoD,” the statement said.

AWE Management Limited, the name of the company formed by the consortium to manage and operate the nuclear facilities, only appointed a new chief executive, Alison Atkinson, in May.

An industry competition for what is thought to be a three-year transformation program at AWE is already in its early stages.

An industry executive who asked not to be named said the MoD had invoked what is known as a “termination of convenience” clause in the contract to prematurely end the deal with the consortium.

“It was not performance related. Lockheed Martin and its partners could be due compensation,” said the executive.

AWE has not been without its problems though, and, along with the MoD, most recently attracted criticism from the National Audit Office, the government financial watchdog, for its handling of a program known as Mensa to build a facility to assemble and disassemble nuclear weapons.

Progress on Mensa has quickened recently but the program is expected to be over six years late and 146 percent over budget, according to an NAO report published in the summer.

In a statement, a Lockheed Martin spokesman said the company remains “fully committed to the delivery of the UK’s continuous at-sea deterrent. We’ll continue to support the UK government, as the Atomic Weapons Establishment transitions to a new operating model and delivers current and future requirements.”