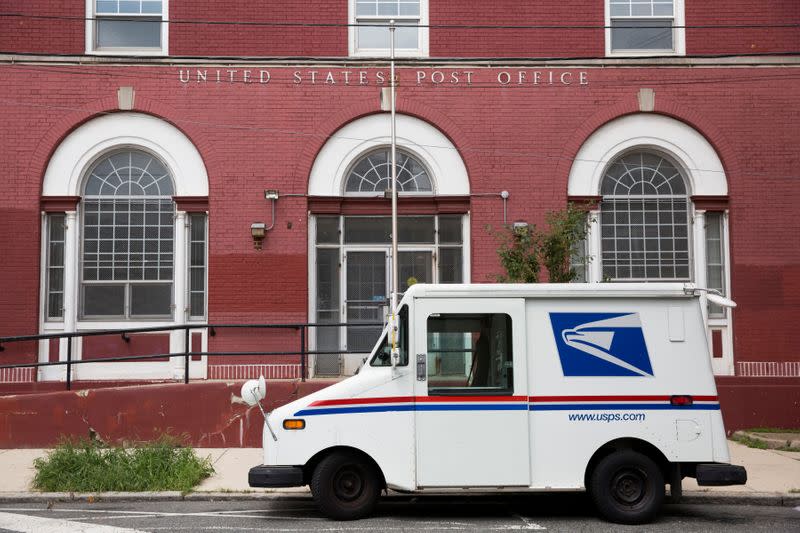 WASHINGTON (Reuters) – The U.S. Postal Service (USPS) said about 1,700 ballots had been identified in Pennsylvania at processing facilities during two sweeps Thursday and were being delivered to election officials.

Ballots must be received by Friday evening in Pennsylvania in order to be counted. The vote for the U.S. president remains extremely close and Pennsylvania is one of the states that remains undecided.

About 500 ballots were also discovered in North Carolina during sweeps, USPS said on Friday.

Some states, including Nevada and North Carolina, are counting ballots that are received after Election Day as long as they were postmarked by Tuesday.

Lawyers said at a court hearing on Thursday that USPS had delivered about 150,000 ballots on Wednesday.

“The vast majority were destined for postmark states and would be delivered on-time under state election law,” USPS said.

Sullivan said the processing centers must perform morning sweeps and then afternoon sweeps “to ensure that any identified local ballots can be delivered that day.”

Ballots were still being counted by election officials in battleground states after polls closed Tuesday in one of the most unusual elections in U.S. history because of the novel coronavirus pandemic.

Philadelphia police are investigating an alleged plot to attack Convention Center where votes are being counted, according to a report

Nevada election 2020 memes are winners, and you can bet on it