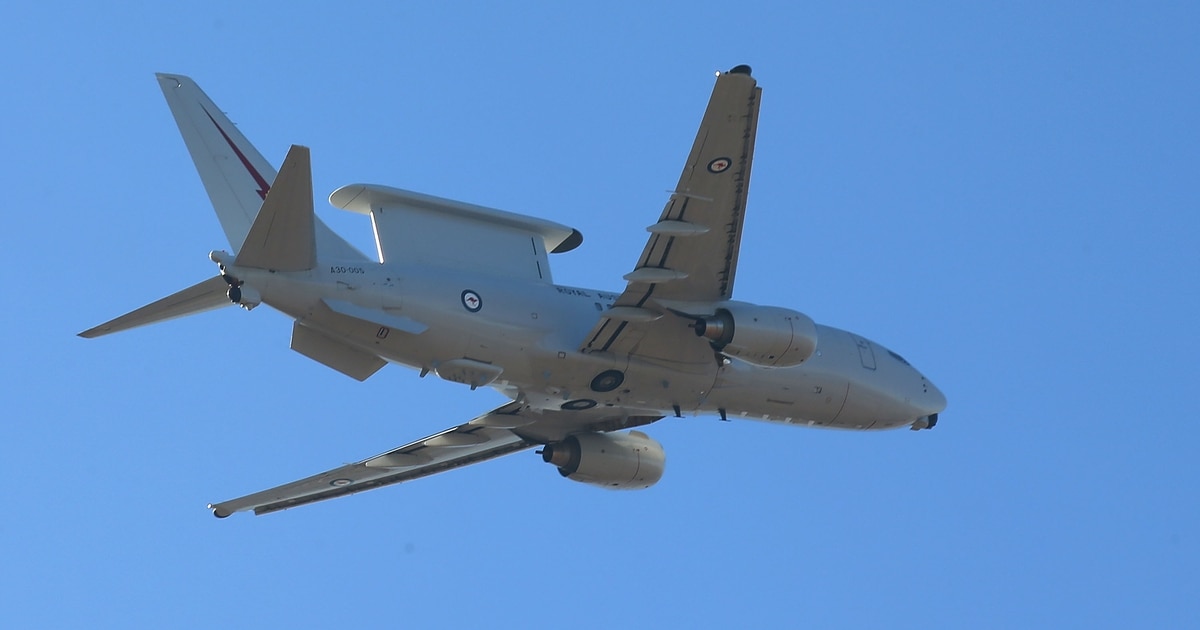 WASHINGTON — The Air Force’s top general wants to take a deliberative approach to replacing its aging E-3 airborne early warning and control planes and isn’t ready to commit to the Boeing’s E-7 Wedgetail, despite support from the service’s top general in the Asia-Pacific.

“I want to actually look at what options do we have,” Air Force Chief of Staff Gen. Charles “CQ” Brown said during a roundtable with reporters for Air Force Association Air Warfare Symposium on Feb. 25.

“It would be premature for me to commit to the Wedgetail right now, or a timeline. This is something I have to spend a little more time on looking at. But I realize there are some Wedgetail fans out there.”

One of those fans is Gen. Kenneth Wilsbach, commander of Pacific Air Forces, who told reporters on Feb. 24 that he is in favor of a near-term purchase of the Boeing 737-based Wedgetail to replace the aging E-3 Sentry, which is based on the older Boeing 707 and colloquially called the “AWACS.”

“The fact is, we actually need something relatively quick because of the reliability of the E-3,” Wilsbach said, according to Air Force Magazine. “It gets harder and harder to get airborne.”

The U.S. Air Force currently maintains an inventory of 31 E-3s, which were produced between 1971 and 1984. The E-3 is expected to be flown until 2035, but the task of maintaining the aircraft is becoming harder as parts become obsolete and more difficult to source.

Because of “sustainment challenges related to supply of needed parts and maintenance of the aging aircraft,” the Air Force’s E-3 fleet did not meet its availability goals in fiscal years 2011 through 2019, the Government Accountability Office stated in a 2020 report.

The U.S. Air Force has not rolled out a plan for replacing the E-3, but over the last couple fiscal years, rumors have swirled about the service’s interest in adding the Wedgetail to the budget if enough money could be found. So far, however, there is no U.S. Air Force program of record for the E-7 Wedgetail.

Boeing originally developed the E-7 for the Royal Australian Air Force, which introduced the plane into service in 2009. Since then, the aircraft has been procured by Turkey and South Korea, and the United Kingdom has also committed to buying five Wedgetails, with the first UK plane expected to be delivered in 2023.

In 2018, during his time as PACAF commander, Brown flew in an Australian E-7 and spoke with Royal Australian Air Force officials about the aircraft.

On Thursday, Brown said his experience onboard the Wedgetail showed that it was a “capable platform,” but he still wants to see what other options are on the table.

“As I’m talking to our staff here, and we look at the E-3 and the mission capable rates for the E-3 and what we’re spending on it today, we’re going to have to do something. I don’t know what that something is yet,” he said. “We’ve got really look at what the options are, and the Wedgetail is one of those. But it may not be the only option.”