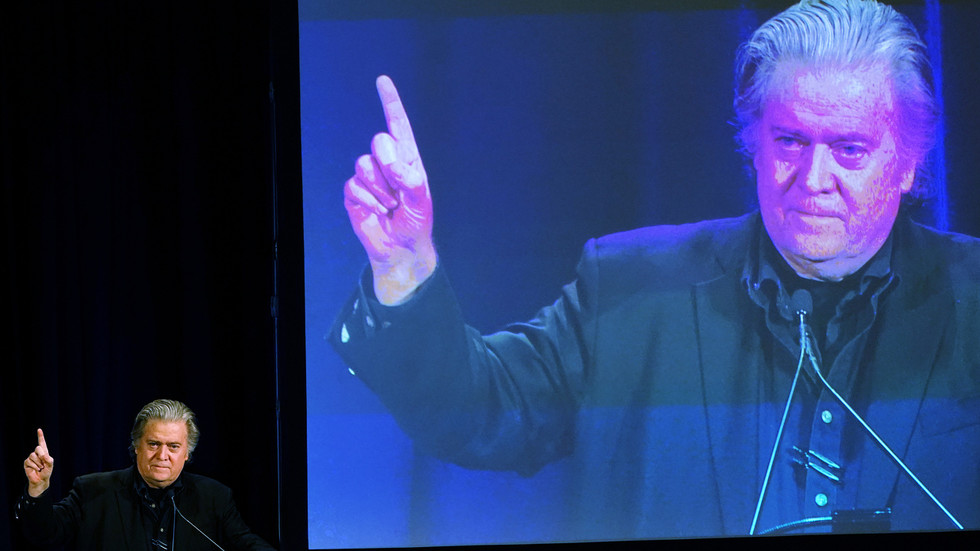 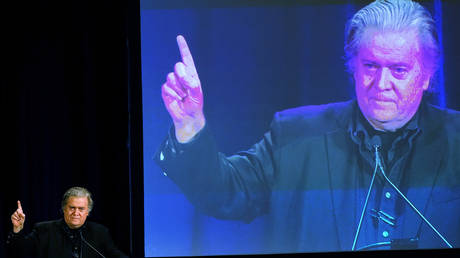 Twitter suspended an account for a podcast hosted by right-wing strategist Steve Bannon after he suggested coronavirus task force expert Anthony Fauci should be decapitated as a “warning to federal bureaucrats.”

On an episode of ‘Bannon’s War Room’ on Thursday, the conservative political strategist and commentator remarked that as a first matter of business in a hypothetical second Trump term, both Anthony Fauci, a senior health official, and FBI Director Christopher Wray should lose their heads.

I’d actually like to go back to the old times of Tudor England, I’d put the heads on pikes, right? I’d put them at the two corners of the White House as a warning to federal bureaucrats. You either get with the program, or you’re gone.

Bannon, however, indicated that he did not believe Trump would trot out the guillotine, describing the president as “kind-hearted” and “a good man.”

While the comment may have merely been a macabre metaphor for removing the two officials from their posts, co-host Jack Maxey pushed the envelope further, citing a recent anniversary for the “hanging of two Tories in Philadelphia” during the American Revolution.

“These [Tories] were Quaker businessmen who had cohabitated, if you will, with the British while they were occupying Philadelphia. These people were hung. This is what we used to do to traitors,” Maxey said, prompting Bannon to respond: “That’s how you won the revolution… The revolution wasn’t some sort of garden party, right? It was a civil war.”

YouTube wasted no time before pouncing on the podcast episode, apparently purging it from the platform before it finished streaming live, with viewers taking to social media to vent bile over the interruption. Twitter soon followed suit, handing out a perma-ban to the show’s account – the second handle related to the podcast to be suspended this year, as noted by ‘War Room’ co-host Raheem Kassam.

Both platforms have confirmed the decision, with TechCrunch reporting that Twitter suspended the account for violating its rules against “glorifying violence.” The decision can still be appealed, but, unlike with temporary suspensions, the account cannot be reinstated automatically even if the content in question is removed.


While Bannon was once a close Trump adviser whose strategic advice helped to pave a path to the White House in 2016, the two have since had a falling out, after Bannon was quoted criticizing the president in a book by journalist Michael Wolff. Nonetheless, the right-wing pundit has continued to voice his support from a distance. Most recently, Bannon played a key role in obtaining emails sourced from a computer allegedly belonging to the son of 2020 Democratic nominee Joe Biden, which purportedly reveal shady business dealings of the Biden family. Underscoring Bannon’s continued loyalty to Trump, an archived snapshot of the now-defunct ‘War Room’ Twitter handle from Wednesday shows repeated references to the Biden documents and calls to “deliver” the 2020 race for his former boss.

EA reports Q2 revenue of $1.15B, down 14% YoY, outperforming expectations, but forecasts a weak next quarter due to a possible waning pandemic gaming bump (Dean Takahashi/VentureBeat)