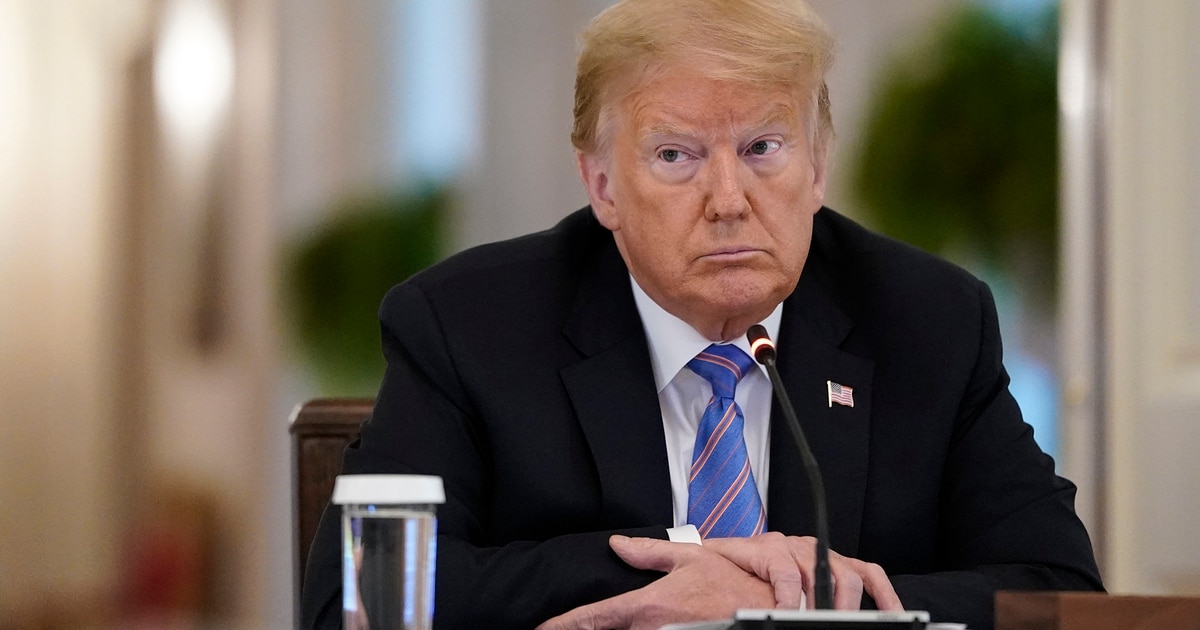 WASHINGTON — U.S. President Donald Trump doubled down on his threat to veto the annual defense policy bill with a pair of late-night tweets that called out the Republican Senate Armed Services Committee chairman — a close ally of the president — for not heeding to his demands for changes to the measure.

It’s the latest act in the drama over the bill, which defies Trump’s plans to retain the titles of several Army bases named after Confederate figures and withdraw troops from Afghanistan and Germany.

If the legislation doesn’t become law, it will mark the end of a streak of 59 consecutive years of success for the defense budget policy measure, and throw into disarray hundreds of planned Pentagon reforms, program starts and specialty pay reauthorizations.

Republican and Democratic aides to the armed services committees that draft the bill each year said before the president’s latest tweets that they did not have a backup plan if the commander in chief vetoes the legislation.

“We’re definitely not looking at what to do about a veto,” said a senior Republican aide to the Senate Armed Services Committee, “because we’re still hoping there won’t be a veto.”

The 4,517-page, $740.5 defense authorization bill for fiscal 2021 unveiled Thursday is the product of months of negotiations between House, Senate and Trump administration officials. Congressional aides said they expect the bill to pass the House early next week, with the Senate following a day or two later.

Trump in recent months has said he would veto the bill over its inclusion of language to rename military bases named for Confederate figures. But multiple times in recent days, he has said lawmakers should include a provision to repeal Section 230 of the 1996 Communications Decency Act in the measure — otherwise he would block the legislation.

“Very sadly for our Nation, it looks like Senator @JimInhofe will not be putting the Section 230 termination clause into the Defense Bill,” he wrote. “So bad for our National Security and Election Integrity. Last chance to ever get it done. I will VETO!”

Inhofe had already released a statement proudly announcing the completion of the bill, which “champions our troops, supports our military families, and strengthens our national defense.” Trump retweeted that and added: “But doesn’t get rid of Big Tech’s windfall, Section 230, a grave threat to National Security. I will VETO!”

Very sadly for our Nation, it looks like Senator @JimInhofe will not be putting the Section 230 termination clause into the Defense Bill. So bad for our National Security and Election Integrity. Last chance to ever get it done. I will VETO!

In an apparent conciliatory move Wednesday, Inhofe — an arch conservative and one of the most senior Republicans negotiating the bill — used a Senate floor speech to pledge “to do everything possible” to get a repeal, but “through other means.”

A repeal of Section 230 has no established consensus in Congress, and Inhofe argued the inclusion of repeal language would tank the NDAA.

“We need a place for repealing Section 230, and we need to do it. The NDAA is about making sure our troops are cared for,” Inhofe said. “It’s for our kids in the field. They’re the ones that we are supporting. They are the ones that need us.”

It’s unclear what personal political damage there is for Inhofe, whose successful reelection bid Trump endorsed this year. Inhofe defeated his Democratic opponent by more than 30 points in the November election, and is expected to return as chairman of the Senate Armed Services Committee again next year.

Democrats have insisted that vetoing the popular defense bill would be a political mistake for Trump and the Republican Party ahead of crucial Senate runoff elections in Georgia next month. House Armed Services Committee Chairman Adam Smith, D-Wash., has predicted Republicans would vote to override in the event of a veto, but it’s undoubtedly a logistical headache for Congress.

“If the president is foolish enough to veto it, I think they’ve staked out their ground very clearly,” Smith said of congressional Republicans earlier this week. “They’re not going to vote for [earlier versions] going out [of the House and Senate] and then change because it’s an override.”

Several Republicans, including Senate Majority Whip John Thune, R-S.D., have objected to Trump’s veto threat, but they’ll likely be weighing whether they want to defy a president who is willing to call out Republicans by name in his Twitter feed.

A presidential veto also brings with it problematic timing issues for Congress. Both the House and Senate are scheduled to begin holiday recess at the end of next week, and the current congressional session ends Jan 3.

Enrolling the massive defense policy bill and sending it to the White House typically takes a week or more. Trump will have 10 days to decide whether to issue the veto. That timeline could leave congressional leaders scrambling to schedule a vote for overriding the veto as well as fly members back to Capitol Hill just days or hours before the new session of Congress is seated.

In fall 2019, when NDAA talks were deadlocked between the chambers and the White House, Inhofe suggested a bare-bones version of the annual legislation to authorize only the special pays and benefits for troops that would otherwise lapse.

But in a conference call with reporters Thursday to detail this year’s compromise bill, committee aides said there is no such plan this year.

Lawmakers have said the bill cannot be recycled in the new Congress without significant new work.

“If the president decides to veto it, we will deal with it with the time we have,” the Democratic aide said. “And if we don’t, we’ll figure out how we’re going to manage a problem like that.”

In Greenwich, Connecticut, money is no object. Real estate there is on fire