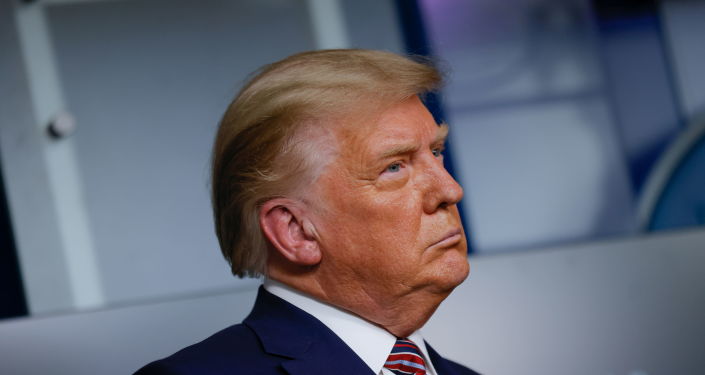 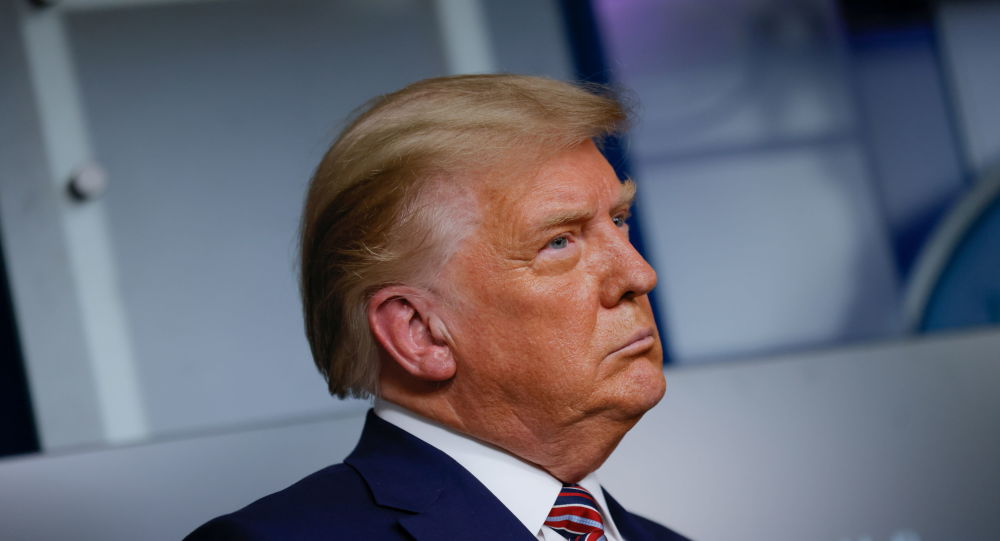 Though the official results of the US election will not be made official until the middle of December, after the Electoral College vote, the majority of the US mainstream media have projected Democrat Joe Biden to win the White House – something that Donald Trump refuses to acknowledge.

US President Donald Trump is considering taking executive action to target birthright citizenship – a rule that guarantees US citizenship to those born on US soil regardless of the citizenship of their parents – amid projections made by the US media that Trump is soon to leave the Oval Office to Democratic candidate Joe Biden, The Hill reported, citing people familiar with the matter.

According to the report, the US Department of Justice has been consulted on a potential order, provided that it could deal with the possible legal implications of the new policy.

“The administration is aware the order would be promptly challenged in court, but officials would hope to get a ruling on whether birthright citizenship is protected under the 14th Amendment”, a source familiar with the plans told The Hill.

The report listed plans to end birthright citizenship, among several other possible measures that the Trump administration could take before inauguration day, projected by US mainstream media to belong to Joe Biden who is now being referred to by many as “president-elect”, although the official results have not yet been released.

According to the report, among other potential measures, there are “additional reforms to the H-1B visa program, regulatory reforms and measures targeting China”.

“Since taking office, President Trump has never shied away from using his lawful executive authority to advance bold policies and fulfill the promises he made to the American people, but I won’t speculate or comment on potential executive action,” White House deputy press secretary Judd Deere said in a statement, cited by The Hill.

Earlier on Friday, Trump broke his post-election silence to announce two “groundbreaking” rules regarding lowering the cost of drugs in the United States.

The Trump administration has long had plans to end birthright citizenship, with POTUS vowing to end the policy in 2018 and many times after that.

“We’re the only country in the world where a person comes in, has a baby, and the baby is essentially a citizen of the United States for 85 years with all those benefits. It’s ridiculous. It’s ridiculous, and it has to end,” the president said at the time, insisting that no changes in any Constitutional amendment are needed to cancel the policy.

So-called Birthright Citizenship, which costs our Country billions of dollars and is very unfair to our citizens, will be ended one way or the other. It is not covered by the 14th Amendment because of the words “subject to the jurisdiction thereof.” Many legal scholars agree…..

In 2019, Trump hinted that his administration was looking at birthright citizenship “very seriously”, with the latest reports from January 2020 suggesting that Trump was working on measures to end the policy so as to end so-called birth tourism, the practice of travelling to the US with the goal to give birth to a child inside the country so that it would automatically gain US citizenship.

Later in January, the State Department amended visa rules, addressing birth tourism and restricting visas for pregnant women who travel to America with “the primary purpose of obtaining US citizenship for a child by giving birth in the United States”.

“The president cannot erase the Constitution with an executive order, and the 14th Amendment’s citizenship guarantee is clear. This is a transparent and blatantly unconstitutional attempt to sow division and fan the flames of anti-immigrant hatred,” said Omar Jadwat, director of the ACLU Immigrants’ Rights Project, at the time.

“All persons born or naturalized in the United States, and subject to the jurisdiction thereof, are citizens of the United States and of the State wherein they reside”, the Constitutional amendment details regarding birthright citizenship.

As per the Constitutional amendment, a baby born on US soil can obtain US citizenship regardless of the citizenship or status of its parents.

To change a Constitutional amendment, it would have to be passed by a two-thirds majority of both the US House and the Senate and  then be ratified by a minimum of 38 of the 50 states.