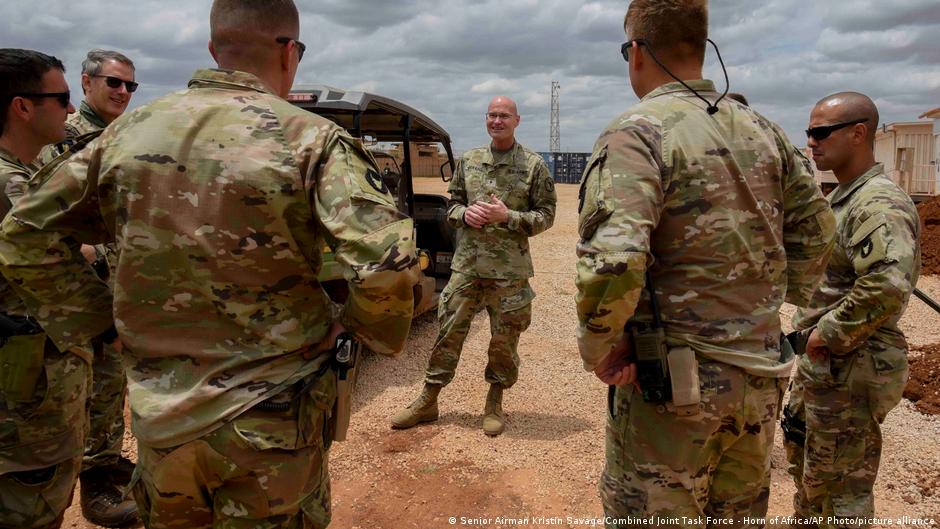 US President Donald Trump has ordered the removal of most American soldiers from Somalia by early 2021, the Pentagon said in a statement on Friday.

Nearly 700 US soldiers are currently deployed in Somalia. They conduct training with local forces — including the elite Danab special forces — and assist them in their fight against the al-Qaida-linked al-Shabab militant group in counterterrorism missions.

There have been concerns that a withdrawal could weaken anti-Shabab forces and severely impact the security situation in the Horn of Africa nation.

However, the Pentagon said the US will “retain the capability to conduct targeted counterterrorism operations in Somalia, and collect early warnings and indicators regarding threats to the homeland.”

The Pentagon statement added that the US is not “withdrawing” or “disengaging” from Africa and that some forces could be reassigned outside of East Africa.

The rest of the troops will be repositioned from Somalia into neighboring nations, allowing cross-border operations by both American and partner forces in order to maintain pressure against violent extremist organizations operating in Somalia, the statement said.

“While a change in force posture, this action is not a change in US policy. We will continue to degrade violent extremist organizations that could threaten our homeland while ensuring we maintain our strategic advantage in great power competition,” the Pentagon said.

Congressman Jim Langevin, chairman of the House Armed Services Committee’s Intelligence and Emerging Threats and Capabilities Subcommittee, denounced Trump’s troop drawdown in Somalia, calling it a “surrender to al-Qaida and a gift to China”.

“When US forces leave Somalia in response to today’s order, it becomes harder for diplomats and aid workers to help people resolve conflicts without violence and loss of life,” the Rhode Island Democrat said.

Langevin also questioned the timing of the withdrawal that comes ahead of elections in Somalia and the seething conflict in neigboring Ethiopia.

“Abandoning our partners could not come at a worse time,” he said.

The troop cut from Somalia is the latest in a planned global pullback of US personnel before Trump leaves office in January. The outgoing president recently ordered similar withdrawals from Germany, Afghanistan and Iraq.