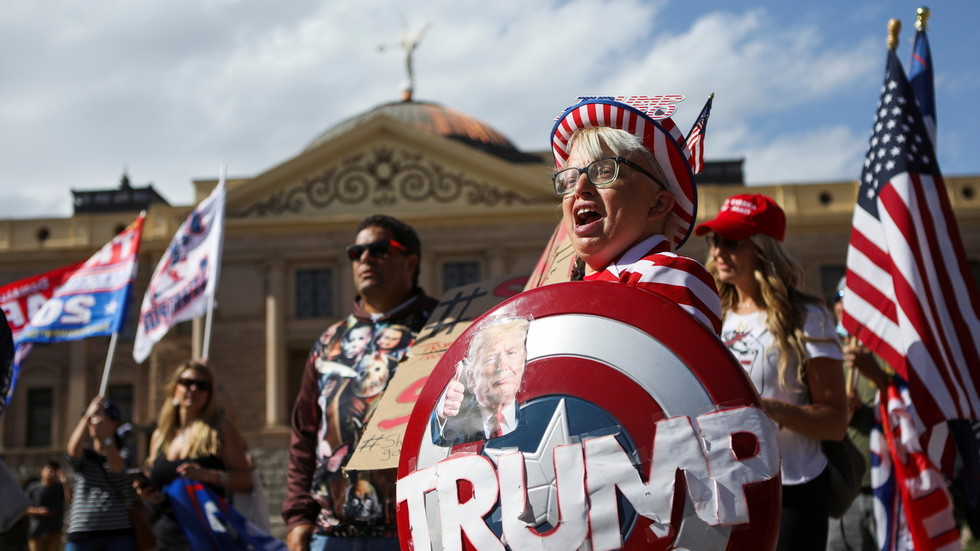 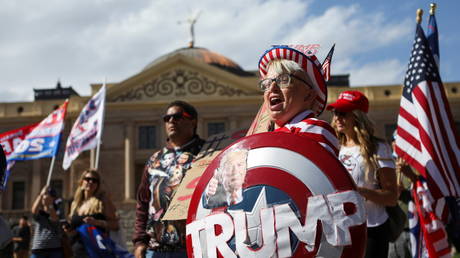 The suit, filed Saturday, alleges that poll workers struggled to operate new voting machines in Maricopa County, leading to errors when the devices detected so-called overvotes – cases where too many selections were made. Rather than informing voters of the errors and giving them an opportunity to fix their ballots, workers pressed, or told voters to press, a green button to override the error, Trump’s campaign said in a statement.

“The result is that the voting machines disregarded votes cast by voters in person on Election Day in Maricopa County,” said Matt Morgan, general counsel for Trump’s campaign. Declarations collected from voters who witnessed the problem showed that it occurred on a large scale, the campaign said.

The lawsuit calls for ballots that were purportedly overvoted by in-person voters to be manually inspected, just as election officials examined such ballots that were mailed in or dropped off, the campaign said.

Arizona was called for Trump’s Democratic challenger Joe Biden by Fox News, followed by several other US media, early into the count, sparking ire from the Trump campaign, pointing to the tens of thousands of votes from Republican-leaning areas that still needed to be tallied.

Pro-Trump protesters have rallied outside the Maricopa County Tabulation and Election Center in downtown Phoenix, accusing electoral officials working in brace with Democrats to “steal the vote.”

While Trump narrowed Biden’s lead, it was apparently not enough to keep the state red. On Saturday, Maricopa County Elections Department said that it finished processing the last “large” batch of ballots, with the remaining ones are not expected to turn the tide.

Shortly before the lawsuit was filed, the department said that “all of our equipment is tested for accuracy before & after each election.”

Joe Biden currently leads the Arizona vote by more than 20,000 ballots, or just 0.7 percentage point. As of that count, there were 44,000 ballots remaining to be counted in Maricopa County, and all need to be counted by hand, CNN’s Bill Weir reported. Of those, nearly 24,000 were military and overseas ballots, damaged absentee ballots, and braille and large-print ballots.

There are an estimate 44,000 ballots, including provisional, left to count in Maricopa.23,761 are the military, overseas, large print, Braille and damaged absentee ballots THAT ALL HAVE TO BE COPIED as they are counted. So the flow of info will get a lot slower.

An earlier lawsuit over allegations that Sharpie markers were given to voters, leading to ballots being damaged and rejected in Maricopa County, was reportedly dropped Saturday after Arizona’s Republican attorney general, Mark Brnovich, found that the accusations were unfounded.

Cheers Erupt on N.Y.C. Streets After Biden’s Victory Is Declared