Toxicity: System Of A Down Reports Death Threats After Speaking Out in Support of Karabakh Armenians 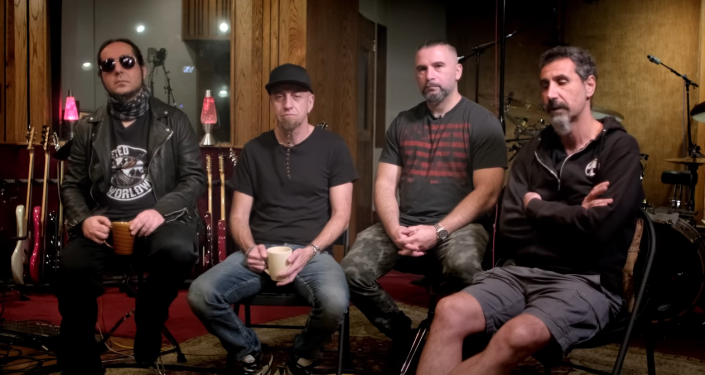 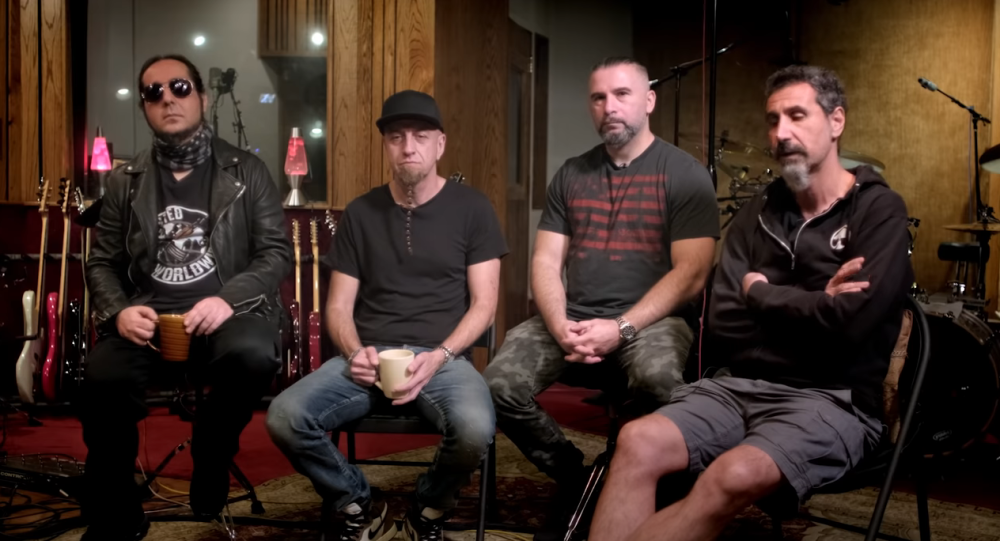 The multi-platinum winning Armenian-American metal band, created in 1994 and gaining international prominence in the late 1990s, put out its first new music in 15 years this month, releasing two new singles dedicated to the decades’ old armed conflict in Nagorno-Karabakh, a South Caucasus territory claimed by both Armenians and Azerbaijanis.

System Of A Down and other celebrities expressing support for Armenians in Nagorno-Karabakh have been receiving death threats, band bassist Shavo Odadjian says.

“Any time you throw a hashtag Artsakh anything all these bots start hitting you,” Odadjian said, speaking in an interview published on the band’s YouTube page and referencing the Armenian name for Nagorno-Karabakh.

“That’s why a lot of these celebrities who got into this and actually wanted to back us – Nas, Justin Bieber, Elton John, Cardi B, they all pulled back, because they were afraid, because there were death threats. I get death threats in my DMs. And it’s insane that they’re doing this and it’s okay…I report them and you know what I get back a few times? ‘That doesn’t go beyond our guidelines’ – like that’s okay!” the world famous ponytail goateed musician complained.

Odadjian, who was born in Armenia and who continues to have relatives there, also accused Azerbaijan and Turkey of hiring lobbyists, buying social media companies and bots to attack social media users supporting the Armenian side in the Karabakh conflict. He alleged that while Karabakh residents were fighting for their land, the Azerbaijani and Turkish side was using Syrian jihadis. The Azerbaijani side has vocally rejected claims that it has used any foreign mercenaries, with President Ilham Aliyev saying the country’s 100,000-strong army was more than enough to fight the conflict.

Drummer John Dolmayan, who first got the idea of bringing the band back together to record new music, said the bid to raise awareness was their way of “defending our homeland.”

“What we’re hoping is that what happened in 1915, and what’s happened so many times in history, doesn’t repeat itself, and that the world acts quickly and is responsive, and doesn’t just ignore it because it’s not a financial gain for them. This is a moral issue. It’s a humanitarian issue and it should be broached this way,” Dolmayan said, referring to the Armenian Genocide of 1914-1923 at the hands of Ottoman and Republican Turkish forces.

Daron Malakian, who wrote and produced both the music and lyrics to the new songs, entitled ‘Protect The Land’ and ‘Genocidal Humanoidz,’ said he did so while thinking about soldiers dying on the front due to lack of medical supplies. “They were on my mind, and I wrote a song that gave them respect, at the end of the day, and feel like hopefully [this is] like a morale booster.”

The pair of songs have been played over four million times on YouTube. They are the band’s first new music since the album ‘Hypnotize’, which came out in November 2005.

System Of A Down says it has collected over $600,000 in donations to the Armenia Fund, a California-based humanitarian aid fund established in 1994. Referencing the ceasefire agreement announced Monday, the band suggests that while “the battles may have stopped for now…the injustice continues” and over 100,000 Armenians displaced from Karabakh continue to require aid.

Russia hammered out a ceasefire in Karabakh between Armenia and Azerbaijan on Monday, and agreed to deploy nearly 2,000 peacekeepers in the war-torn region.

The crisis in Karabakh flared up in late September, with each side continuing to accuse the other of starting the hostilities. Russian President Vladimir Putin has estimated that over 4,000 people have been killed and over 8,000 wounded in the fighting, with tens of thousands more displaced.

The Karabakh conflict has its origins in the late Soviet period, with an explosion of nationalism in the Soviet republics of Armenia and Azerbaijan sparked by Mikhail Gorbachev’s perestroika prompting the ethnic Armenian-majority autonomous region of Soviet Azerbaijan attempting to break off from Baku’s control. Between 1992 and 1994, Armenia and Azerbaijan fought a full-scale war for control of the territory, with the conflict leading to the deaths of over 30,000 people and the displacement of over 1.1 million others. Thousands more have been killed in flare-ups since that time.