Top US Air Force general wants to go faster, but the biggest changes won’t happen for another year 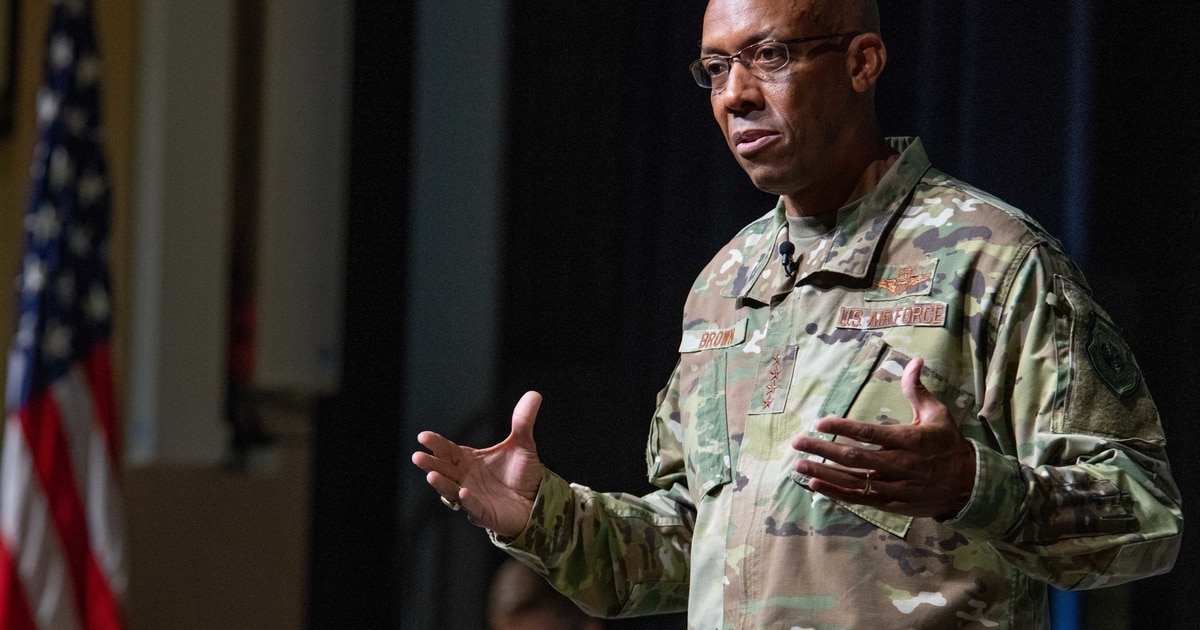 WASHINGTON — Shortly after U.S. Air Force Chief of Staff Gen. Charles Q. Brown took command this August, he vowed to quickly adopt a radical plan to overhaul the service in preparation for a future fight against an advanced nation, like Russia or China.

But the Air Force of the future won’t really begin to take shape until fiscal 2023, after the service wraps up extensive force planning exercises and molds its budget to reflect its findings, Brown told Defense News in an exclusive Nov. 12 interview.

In contrast to the FY21 budget, where the Air Force tried to find money to invest in technological priorities by getting rid of more than 100 aircraft across its bomber, tanker and drone fleets, the FY22 request will likely only feature some modest changes to the service’s inventory.

“We are going to retire some [aircraft in FY22], but it’s not a huge amount,” Brown said.

Part of the reason for a more conventional budget submission in FY22, Brown said, is that he simply hasn’t had enough time to put his stamp on it since becoming chief of staff. The presidential election — and the uncertainty in recent months about what a Biden presidency or second Trump term could mean for defense budgets — also played a role in shaping a less radical spending request.

“Whether it’s a change of administration or not, you always go into, I think, election years with a little bit different [mindset],” Brown said. “You probably don’t make as many big, bold moves in certain areas. And so there are some things we will take a look at as we work through [FY]22. It won’t be as big as some of the things we already proposed in [FY]21. And as we look at [FY]23, this is where I’m really focused.”

On Aug. 31, a couple weeks after being sworn in as the Air Force’s top general, Brown released his vision for the service, “Accelerate Change or Lose.” In it, he warns the Air Force is facing the most difficult force posture decisions in generations, and unless the service makes bold moves more quickly, it could face defeat in a future war against a nation like China or Russia.

Asked whether the Air Force has moved out rapidly enough on that directive, Brown acknowledged: “I always believe we could go a little bit faster.”

However, he said some internal bureaucratic changes have been encouraging, such as including the heads of Air Force major commands earlier in the force design process, and having discussions about where there is concern or dissent during meetings instead of afterward.

As the Air Force heads into the final stretch of FY22 budget deliberations this winter, several factors could complicate the situation.

The White House’s Office of Management and Budget is trying to raid the Army and Air Force budget for funds that will give the Navy a path to a 500-ship fleet, according to a Breaking Defense report published earlier this week.

Moreover, while negotiations about how much the other services will have to pay to boost shipbuilding accounts are ongoing, Breaking Defense also reported that President Donald Trump is considering releasing the federal budget before the inauguration of Joe Biden as president in January — a move that could make the presidential transition and upcoming budget fight even more arduous.

Asked whether the Air Force has been told to sacrifice part of its budget to pay for Navy priorities, Brown said he is aware of reports but hasn’t been given direction from OMB.

“I’ve not gotten a phone call that says: ‘For the Air Force, here’s what you need to give up,’ ” he said. “My job here is to provide my best military advice on the capability the United States Air Force provides for the joint team, and that’s what I intend to do. And as I do that, I’m sure that the department’s leadership will then determine how best to balance between the various services.”

Another complication could be the presidential transition itself. In the wake of Biden’s apparent electoral victory this past weekend, Trump fired Defense Secretary Mark Esper on Monday, replacing him with Christopher Miller, the head of the National Counterterrorism Center.

The White House has demanded the resignations of several other top Pentagon officials since then, stoking concerns from Democrats and national security experts about major defense policy pronouncements that could be coming down the pipeline.

For now, the Air Force’s top civilian officials — including its secretary, Barbara Barrett — remain in place.

Despite the churn in the Office of the Secretary of Defense, Brown said he is “not particularly” concerned about the personnel changes at the Pentagon.

President Trump says might ‘stop by’ at supporters’ rally Saturday