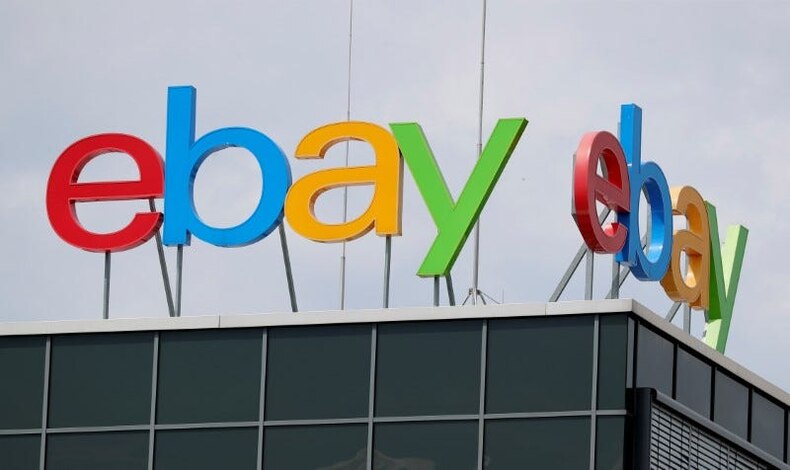 If you’re looking for a job these days, you could do a lot worse than eBay or Intuit. Both companies have done well in 2020, and both are hiring

eBay owns PayPal and, according to PayScale, the average salary is $129,489. The company made number 49 on Glassdoor’s Best Places to Work in 2014.

At Intuit, which makes popular personal finance software such as Quicken, TurboTax, and Mint, the average salary is $117,341 according to PayScale, and the company has landed on Glassdoor’s Best Places to Work ranking seven times in the past decade — including this year — at number 70.

Like most companies, both eBay and Intuit are conducting most job interviews remotely by video chat these days. So we asked top recruiters at both companies for their advice on how to ace a remote job interview.

Begin by doing all the things you’d do for an in-person job interview, the recruiters advised. Learn as much as you can about both the organization and the individuals you’ll be meeting with. Come prepared to talk about your previous jobs and projects and to ask insightful questions that will show you’ve done your homework.

These strategies will help you get hired in any situation. But here’s their advice on how to impress when you’re being interviewed remotely.

1. Have a practice session

Make sure to have a dry run with a friend or family member.

“Practicing is a really good idea if you’re not on camera a lot, because — no matter what — when the lights go on, there’s a little extra tension,” said Rick Iverson, eBay’s head of global recruitment. Iverson went through the remote interview process himself before being hired three months ago.

If at all possible, you should use a desktop or laptop for your remote interview, he says. Your computer will need a camera, microphone, and speakers, headphones, or ear buds.  If you don’t have a computer, you could use a tablet such as an iPad. A smartphone would be the least preferred option, Iverson says.

Read more: How to land a job at HubSpot — Glassdoor’s No. 1 Best Place to Work for 2020 — according to its chief people officer and a former company recruiter

2. Put some thought into your background and appearance

On the other hand, Niall O’Rourke, VP of talent acquisition at Intuit, has the opposite opinion. “We’re all very used to seeing virtual backgrounds, and they can be really useful in the interview situation, just to shield the kind of messiness that might be going on around you,” he said. “Leveraging that seems like a really simple thing to do.”

As for what you should wear, it depends on the organization conducting the interview. Some expect formal business attire, while others, such as a Silicon Valley company, wouldn’t expect a job candidate to wear a suit to an interview. “My guidance always has been that if you’re wondering if what you’re wearing is too casual, the answer is probably yes,” O’Rourke said.

And, he says, there’s a simple solution to this dilemma — request dress code advice ahead of time. “A great recruiter will probably give you that information proactively, without you even having to ask,” O’Rourke said. “But if not, absolutely ask. It’s one less thing for you to be concerned about.”

In a normal job interview, both you and the interviewer would convey a lot of information non-verbally. You would be able to tell when an answer you gave fell short of expectations, and you should elaborate further. Likewise, you could convey your excitement about a project or job with your facial expression and gestures.

Many of these non-verbal cues don’t come across on video chat, so verbalize them instead, by saying something like, “This is something I got really excited about,” O’Rourke said.

Likewise, he says, you should check in to make sure you’re providing the desired information. “At the end of an answer, say ‘Did that answer your question? Is there anything you’d like me to share more details on?'”

Read more: Top tech companies like Salesforce and Twitter are currently hiring for remote jobs — here’s how to land one of these coveted roles

It can be challenging to make eye contact in a remote job interview, which usually means looking into your camera while resisting the normal instinct to look at the interviewer’s face on your screen. Practicing can help with this.

But it will also help to make sure you’re always facing the camera and either avoid using notes or make sure the notes you’re using are right in front of you and in large type so you can read them with a quick glance. Iverson says he learned this lesson during his own interview process. “I was doing really well and connecting with people, but I have two screens. I had data on one screen that I wanted to refer to, and then I was looking at the camera and in one interview I was kind of going back and forth between them. And it was pointed out to me that it was distracting.”

After that, he referred to his notes a lot less. “You should definitely make eye contact and try to assimilate the conversation as much as possible.”

5. Don’t let it faze you if things go wrong

There’s a lot that can happen in a remote job interview that would never happen in an in-person interview. “Life is going on around you when you’re working at home, and everybody understands that,” Iverson said. “It’s OK to take a minute and say, ‘I’m sorry, I just have to deal with this for one second,’ and sign a report card or whatever it is. It’s perfectly natural and normal to do that. And I think it’s important to understand that it is, because otherwise you might be more nervous and tense.”

Most everyone is trying to combine their personal life and work life these days, O’Rourke says, and employers understand that. “So if an interview schedule doesn’t work for you and you need a half-hour break or a two-hour break between interview sessions, that’s totally fine. Don’t be afraid to ask because employers should accommodate that. We certainly would.”

Speak up if you’re having technical issues, or if something didn’t come through clearly, he added. “If something happens like your dog runs into the room or your kid opens the door, just know that it won’t be the first time. It happens to us all every day. It’s the new normal that we’re all getting used to — on both sides of the virtual interview table.”