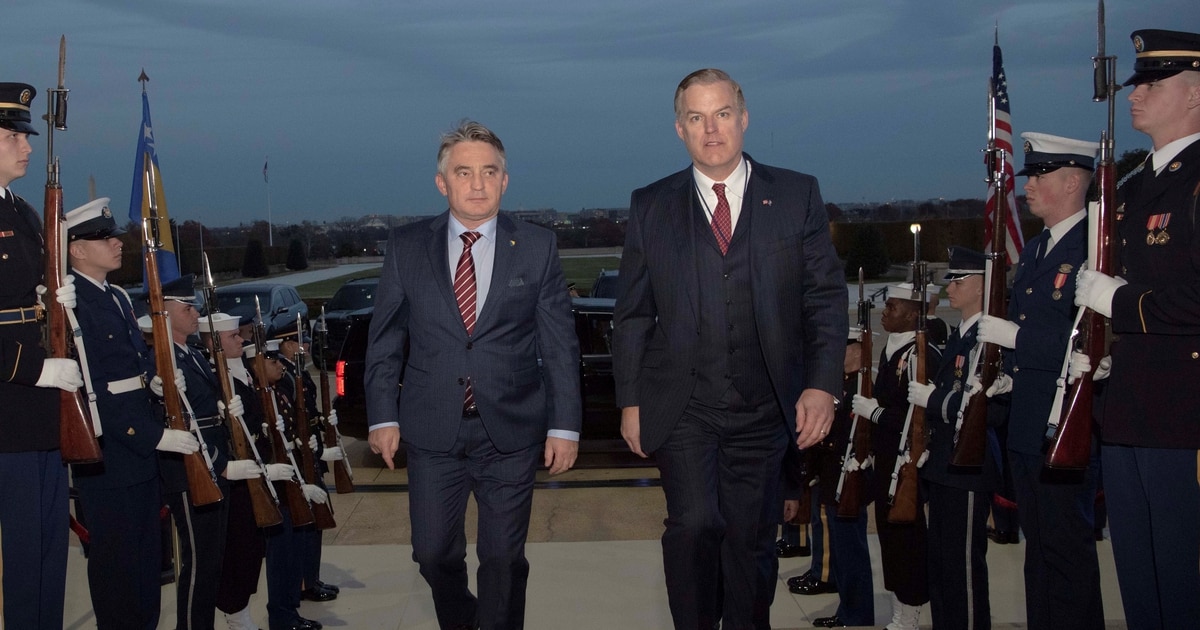 WASHINGTON — The Pentagon Tuesday confirmed the resignations of the department’s top civilian officials for policy and intelligence, a day after Defense Secretary Mark Esper was forced out by President Donald Trump.

Anthony Tata, a retired Army brigadier general and Fox News guest who was placed in the Pentagon amid controversy, will lead the Pentagon’s policy shop for the remainder of the Trump administration following the exit of James Anderson as part of what appears to be a broad shakeup of Department of Defense leadership.

Ezra Cohen-Watnick, who entered the Trump administration as an aide to National Security Adviser Michael Flynn, will replace undersecretary of defense for intelligence Joseph Kernan, a retired Navy vice admiral who was confirmed in November 2017. Kernan and Anderson both submitted their resignations today. Per the Pentagon, Kernan had planned for “several months” to retire.

Cohen-Watnick is the current Acting Assistant Secretary of Defense for Special Operations and Low-Intensity Conflict (a job he took when Miller left to lead the National Counterterrorism Center) while Tata was acting deputy undersecretary of defense for policy. Cohen-Watnick will serve as acting USD-Intelligence, while Tata will be performing the duties of the USD-Policy role, a technical difference.

While both those roles require senate confirmation, the Trump administration placed them in the Pentagon on an acting basis, allowing them to circumvent the Senate.

Finally, Esper’s chief of staff, Jen Stewart, has been replaced by Kash Patel, who will serve acting secretary of defense Christopher Miller. Patel, former National Security Council official, rose to prominence by helping House Republicans during the investigation into ties between Trump and Russia. Stewart was minority staff director for the House Armed Services Committee before joining Esper’s team in January.

The activity has raised concerns among Pentagon watchers that the White House is moving to place loyalists inside the department, at a time the military is trying to remain apolitical in the wake of November’s election.

Tata has been serving as the acting deputy undersecretary for policy since August, in a move that was seen by some as an end-around to avoid Senate objections about his nomination for the top policy job.

“I want to thank Dr. Anderson, Admiral Kernan and Jen Stewart for their service to the nation and the Department,” Miller said in a statement. “Over their careers each has contributed greatly to the national defense and the future of the Department of Defense. We wish them the best in their next endeavors.”

The exits have triggered calls of concern from Democrats in Congress, who have already labeled Esper’s exit as a danger to national security during a presidential transition.

“It is hard to overstate just how dangerous high-level turnover at the Department of Defense is during a period of presidential transition,” Rep. Adam Smith, D-Wash, the chairman of the House Armed Services Committee, said in statement.

“If this is the beginning of a trend — the President either firing or forcing out national security professionals in order to replace them with people perceived as more loyal to him — then the next 70 days will be precarious at best and downright dangerous at worst,” Smith continued. “This confirms what I have been saying for months: The President’s singular obsession with loyalty has severely undermined the competence of our government and made us less safe. It is an insult to the American people to hamstring government, particularly during a period of presidential transition.”

Politico published Anderson’s resignation letter, in which he cited modernization of the nuclear triad, improving capabilities in the Indo-Pacific region and overseeing a series of combatant command reviews as policy wins.

Anderson ended his resignation letter by writing: “Now, as ever, our long-term success depends on adhering to the U.S. Constitution all public servants swear to support and defend.”

Politico cited a number of conflicts between Anderson and the White House personnel office, including a fight over Tata’s pick for chief of staff, as the reason for the departure.

Meghann Myers with Military Times contributed to this report.