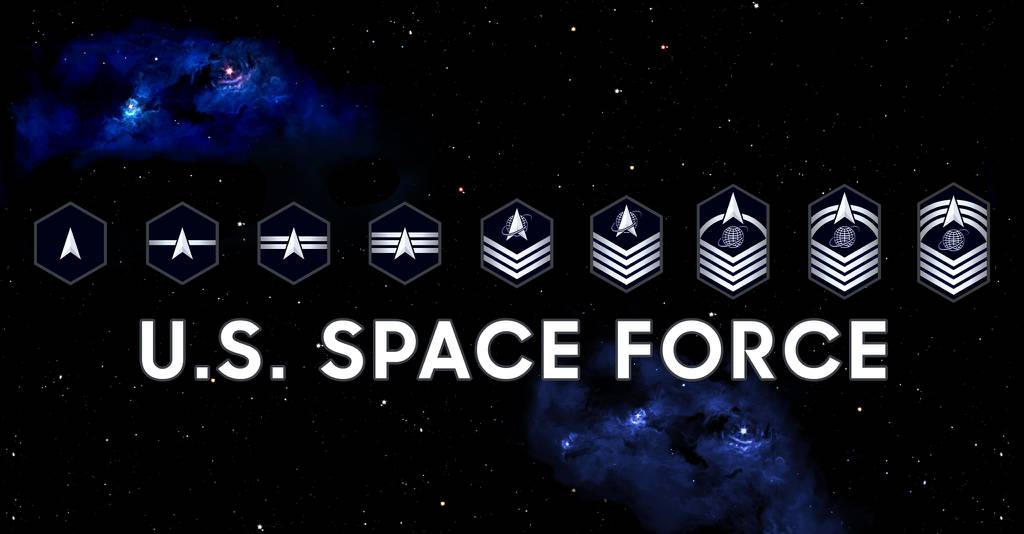 Enlisted Space Force troops on Monday got a peek at the new insignia that will soon adorn their sleeves after leadership sought feedback on multiple options earlier in the year.

In the end, the service rolled out a set of six-sided emblems that become more elaborate as a guardian rises through the ranks.

“The delta is the foundation for all USSF enlisted insignia,” according to a fact sheet Chief Master Sergeant of the Space Force Roger Towberman shared on Facebook Sept. 20. “The six-sided border surrounding the insignia represents the USSF as the sixth branch of the U.S. armed forces.”

The final choice is most like the first option that was floated in March, with the largest changes made at lower ranks.

For specialists, or those at grade E-1 through E-4, the patch is a simple black hexagon with a silver delta in the middle to represent the Space Force itself. Silver stripes are added through the middle for those at the ranks of Specialist 2 through Specialist 4.

“General Vandenberg (for whom Vandenberg Space Force Base is named) proposed but never utilized this concept for Air Force junior enlisted stripes,” the service said. “We honor his vision with our modern rendition of the classic concept.”

Specialist stripes represent the earth, or the foundation on which Space Force operations are built. Changing the straight stripes to chevrons at higher grades symbolizes the change guardians go through as they assume more responsibility, and arcs symbolize the ascending orbits of space for the top four enlisted ranks, the service said.

The chief master sergeant of the Space Force has the most complicated patch, with a delta overlaid on three arcs, two stars flanking another delta and globe, and four chevron stripes pointing downward.

Fresh insignia is the latest aspect of the nascent military branch’s effort to flesh out its own culture since its creation in December 2019. The Space Force is also deciding on its own song, uniforms, personnel structure and more to differentiate itself from the Air Force, under which the space service sits.

The Space Force will publish guidance in the coming months on when guardians must begin to wear the updated patches.

Towberman said earlier this year that he’s aiming to wear the Space Force’s new dress uniform and insignia at the service’s second birthday banquet in December.

“Thank you for being a part of your future!” he told troops on Facebook.