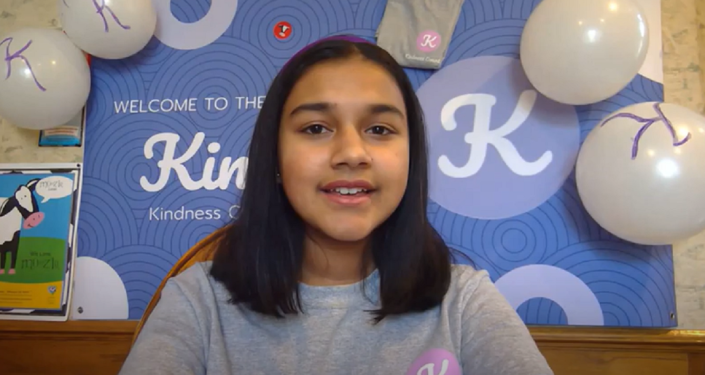 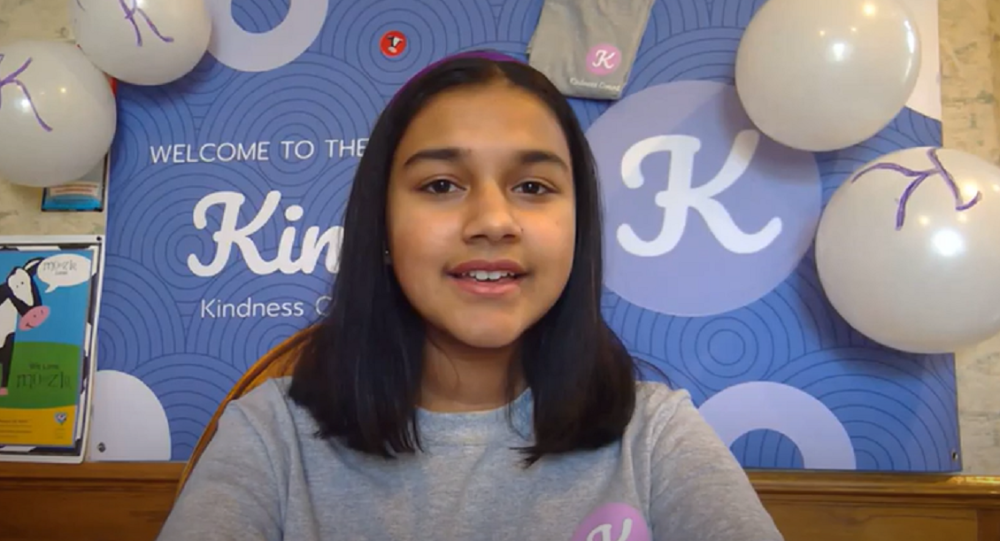 Every year, TIME magazine releases a Person of the Year issue that features and profiles a person, group or idea that has influenced the events of that year. The tradition began in 1927 and was called Man of the Year or Woman of the Year, depending on the winner, until 1999.

TIME on Thursday revealed its first-ever Kid of the Year, a 15-year-old scientist and inventor named Gitanjali Rao. Rao, a Colorado teenager, will be featured on the December 14 cover of TIME for developing a phone and web tool named Kindly which uses artificial intelligence technology to identify cyberbullying.

​“It’s a service called Kindly — there’s an app and a Chrome ­extension — which is able to detect cyberbullying at an early stage, based on artificial-­intelligence technology,” Rao said in an interview with actress Angelina Jolie for TIME.

“I started to hard-code in some words that could be considered bullying, and then my engine took those words and identified words that are similar. You type in a word or phrase, and it’s able to pick it up if it’s bullying, and it gives you the option to edit it or send it the way it is,” she explained.

Kindly is not Rao’s first invention.

Last year, Rao was named to Forbes’ 30 Under 30 list after creating a device called Tethys, which uses carbon nanotube sensors, to detect lead in drinking water. Rao was inspired to create the technology in response to the widespread lead contamination of tap water in Flint, Michigan.

Rao was also named America’s Top Young Scientist when she was in the seventh grade.

“I don’t look like your typical scientist. Everything I see on TV is that it’s an older, usually white man as a scientist,” she told TIME. “My goal has really shifted not only from creating my own devices to solve the world’s problems, but inspiring others to do the same as well. Because, from personal experience, it’s not easy when you don’t see anyone else like you. So I really want to put out that message: If I can do it, you can do it, and anyone can do it.”

According to a news release by TIME, Rao, as well as the other top finalists and honorees, will be recognized on December 4 during a first-ever Kid of the Year TV special hosted by Trevor Noah on Nickelodeon, TV Land, TeenNick and Nicktoons. Each one of the finalists will also receive a cash prize from Nickelodeon’s owner, Viacom. The other finalists are 14-year-old Tyler Gordon from San Jose, California; 14-year-old Jordan Reeves from Columbia, Missouri; 10-year-old Bellen Woodard from Leesburg, Virginia; and 16-year-old Ian McKenna from Austin, Texas.

Next week, TIME will also select its Person of the Year, which was last year awarded to climate activist Greta Thunberg.

Betsy Wade, First Woman to Edit News at The Times, Dies at 91