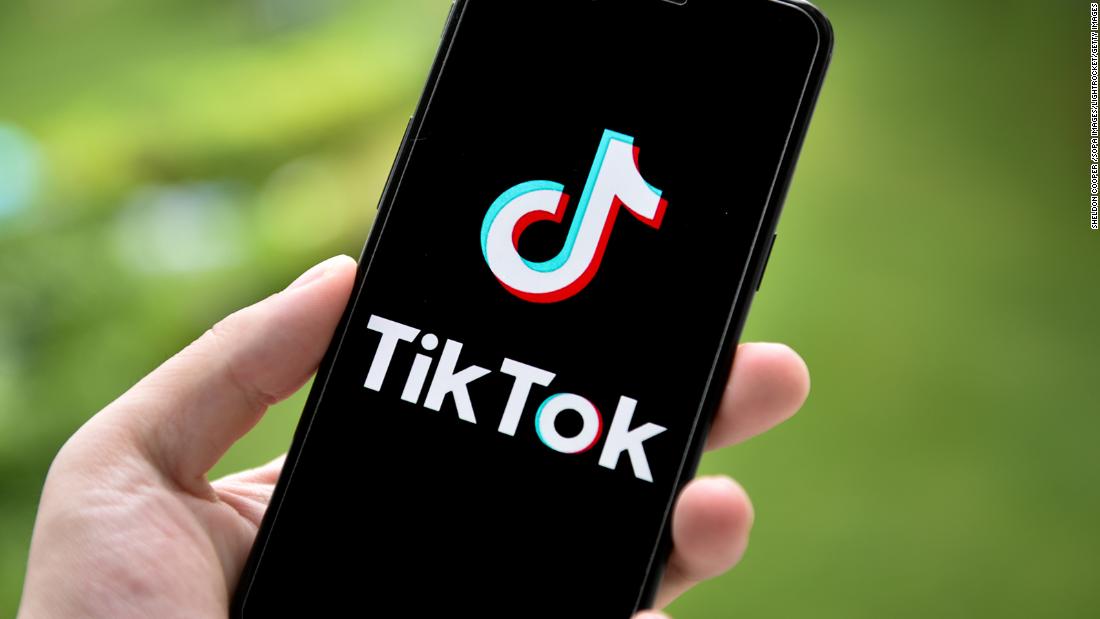 The statement came during a hearing held Thursday by the United Kingdom’s Business, Energy and Industrial Strategy Committee, which grilled Elizabeth Kanter, the company’s director of government relations and public policy for UK, Ireland and Israel, over TikTok’s links to China. TikTok is owned by Beijing-based ByteDance, and has faced accusations from Western lawmakers that its ownership puts it at risk of being influenced by the Chinese government.

TikTok has said in the past that it doesn’t remove content based on sensitivities related to China.

In a statement to CNN Business on Friday, Kanter said she misspoke during the hearing.

“TikTok has previously acknowledged that in our very early days, we took a blunt approach to moderating content that promoted conflict, but we’ve also said we recognized this was the wrong approach and eliminated it,” she said. “However, we want to be absolutely clear that even in those early policies, there was never a policy around the Uighur community, which is where I misspoke.”

According to the UK Parliament website, the session was held to determine whether businesses in the United Kingdom are exploiting forced labor camps in Xinjiang for their own gain.

Kanter initially told the committee that TikTok does not censor content. She also said that if the ruling Chinese Communist Party asked the app to remove content or provide user details, such requests would be denied.

“We do not moderate content based on political sensitivities or affiliation. There’s no influence of the Chinese government on TikTok,” she said.

But when asked by Conservative lawmaker Nusrat Ghani about previous incidents of censorship on TikTok, Kanter said that videos related to Xinjiang had been removed “in the early days of TikTok,” when content was governed by different guidelines.

“The people who wrote the content guidelines took a decision to not allow conflict on the platform and so there were some incidents where content was not allowed on the platform, specifically with regard to the Uyghur situation,” she said.

The previous content policy, which TikTok retired over a year ago, did not make reference to the Uyghurs, according to TikTok. Last November, the company blamed a “human moderation error” for the brief removal of a viral Xinjiang video posted by Feroza Aziz, a 17-year old Afghan American woman.

Western governments and human rights groups are scrutinizing companies they suspect may be complicit in the Chinese government’s sweeping detentions of Uyghurs and other Muslim minorities in the far western region of Xinjiang.

The US State Department estimates that as many as two million people may have been taken to detention centers, where former detainees claim they are indoctrinated and abused. While Beijing insists that the camps are voluntary “vocational training centers,” many Western nations have condemned them as mass detention centers designed to eradicate Uyghur culture and Islamic practices.

In July, several major clothing brands — including PVH, the owner of Calvin Klein and Tommy Hilfiger — said they were working on “reducing [their] supply chain footprint in China” after activists pressured them to respond to reports alleging that some of their goods came from forced labor camps in Xinjiang.
Less than two months later, Disney provoked an international backlash after thanking Xinjiang authorities in the credits of its blockbuster film “Mulan.”

Some testimonies from former detainees describe over-crowded cells, torture and even the death of fellow detainees.

Kanter did not provide the exact date when the content moderation policy was changed, but she said it had been “at least over a year.”

“I just want to emphasize that we do not censor content [now]. I would encourage you to open the app and search for Tiananmen Square, search for Uyghurs, search for Tibet, you will find that content on TikTok,” she said, listing some topics considered out of bounds by the Chinese government.

TikTok has hundreds of millions of users worldwide, but has faced massive scrutiny from governments wary of its Chinese roots. The Trump administration has threatened to ban the app from operating in the United States. It is working to complete a deal with Oracle (ORCL) and Walmart (WMT) to avoid that fate.
And the Indian government banned TikTok and other Chinese apps earlier this summer amid rising tensions between New Delhi and Beijing. The decision cut the app off from one of its largest growth markets.

During the hearing, Kanter invited UK officials to come to TikTok’s Transparency and Accountability Center to inspect the app’s algorithm and observe the company’s approach to content moderation, claiming they could see for themselves that there is no censorship anymore.

“We’re the only platform that has announced an open approach to our algorithm and the code that drives our algorithm,” she said.