‘This will get worse.’ A top US official says hospitalizations and deaths will keep climbing as Covid-19 cases explode nationwide 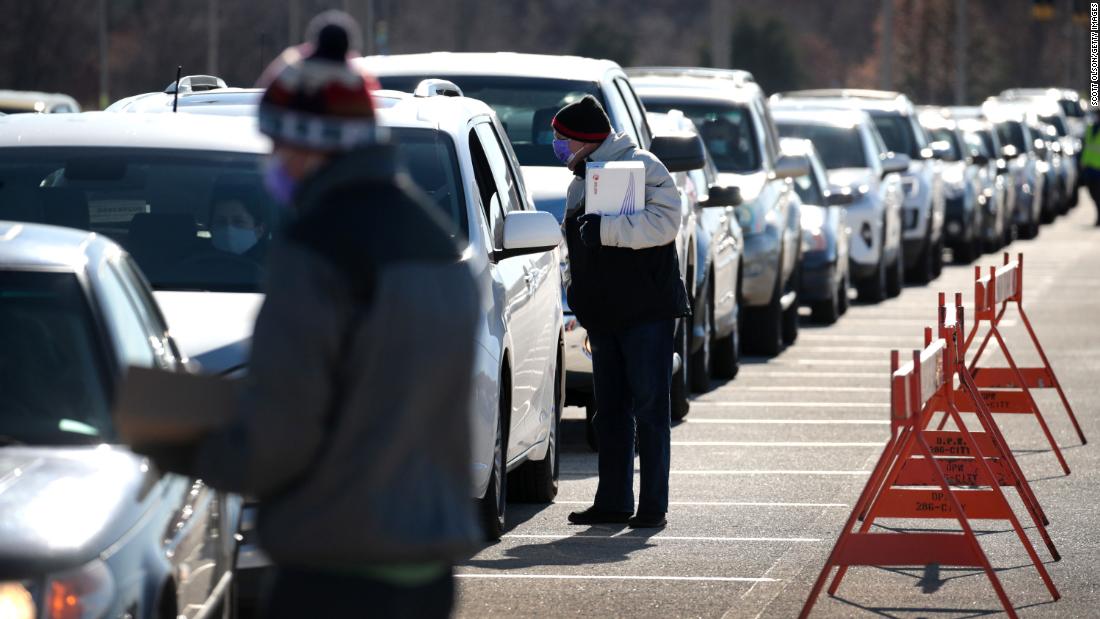 “We have had one million cases documented over the past week, our rate of rise is higher than it even was in the summer, we have hospitalizations going up 25% week over week,” Adm. Brett Giroir, assistant secretary for health at the Department of Health and Human Services, told CNN. “There are so many more cases that we have, that deaths are going up.”

It is what experts have repeatedly warned in the past weeks, as Covid-19 conditions continue to deteriorate across the country: things will get worse before they get better.

Infection numbers in Massachusetts are eight times what they were on Labor Day and hospitalizations have quadrupled. Only 6% of Oklahoma’s ICU beds remain available. In Arkansas, more than 1,000 people could lose their lives in the next five weeks, according to the governor. In Illinois, the virus is now the third leading cause of death behind heart disease and cancer.

“As you’ve heard so many times before, we know how to fix this,” Giroir told CNN Wednesday night. “It’s all about absolute adherence to wearing a mask, avoiding crowds, and yes, we can keep the economy open but we’re going to have to diminish indoor places like indoor dining and restaurants.”

Thanksgiving week will be critical

Numbers are headed in the wrong direction across the country, according to data from Johns Hopkins University.

Just how bad things will get will also be determined by Thanksgiving celebrations next week. Health officials and local leaders have warned against traditional holiday gatherings, saying those will likely help further drive the surge of cases.

But Americans can make the holidays a turning point, by masking up and following other safety precautions, the Infectious Diseases Society of America said Wednesday.

“Virtual gatherings remain the safest way to bring friends and family together from distant points. Outdoor settings can reduce the risks of gatherings with people outside of your household,” the group said, also highlighting the importance of face coverings.

“We have the resources and the knowledge to stem the spread of this pandemic. Keeping our common cause and shared well-being at the forefront of our holiday celebrations will make a difference.”

This year, “separation should be the norm,” another expert previously said.

“It is the Covid Thanksgiving,” Dr. William Schaffner, professor of infectious diseases at Vanderbilt University, said last week. “We don’t want to give the virus while we’re giving thanks.”

According to Johns Hopkins, at least 11.5 million infections have been reported across the US. More than 250,000 people have died.

New restrictions issued across US

Students in the country’s largest school district are transitioning to remote learning on Thursday following the closure of New York City schools. The decision came after the city’s test infection rate reached 3%, a threshold Mayor Bill de Blasio said would trigger such a closure.

“The last thing we wanted to see is the schools close,” de Blasio said Wednesday. “But there’s been resolve about the fact that the game plan, so often, has worked of sticking to those tough standards.”

Wisconsin was one of the first states to be hard hit by this round of surges. On Wednesday, Gov. Tony Evers announced he was declaring a new state of emergency and extending the state’s public health emergency until January.

“It’s clear, based on where we’re headed, we cannot afford to stop or have a gap in some of the only mitigation efforts we still have in place,” he said.

Kentucky Gov. Andy Beshear also announced new measures that will go into effect Friday, including limiting social gatherings to a maximum of two people from no more than two households, and prohibiting indoor service for restaurants and bars. And starting Monday, schools should begin remote learning, the governor said.

In Minnesota, the governor said the state is at a “breaking point” and announced a four-week dial back that will “help prevent more families from losing a loved one and ensure our hospitals can treat those who fall ill.”

Starting Friday, gatherings that include individuals from more that one household are prohibited, while bars and restaurants will only be allowed to operate takeout and delivery services. Gyms, entertainment venues and event spaces will also close.

“As hospitals near the crisis of turning away new patients, continuing as things are is simply not sustainable,” Gov. Tim Walz said. “While these actions mean incredible hardship for many, they are the fastest way to recover our economy, keep our kids in school, and get back to the activities we love.”

No ‘one-size-fits-all’ in vaccine distribution

Meanwhile, there’s more good news on the vaccine front. A final analysis of the Phase 3 trial of Pfizer’s Covid-19 vaccine shows it was 95% effective in preventing infections, even in older adults and caused no serious safety concerns, the company said Wednesday. It said it will seek a US Food and Drug Administration emergency use authorization “within days.”
The Pfizer analysis came just days after a separate vaccine maker, Moderna, released early data showing its vaccine was about 95% effective.

Distribution is expected to begin within 24 hours after a vaccine receives the green light, according to Gen. Gustave Perna, who is helping oversee Operation Warp Speed.

“This is incredibly important — fair and equitable distribution of the vaccine throughout the country simultaneously,” Perna said during a Wednesday briefing.

But when it comes to the equitable distribution of the highly anticipated vaccines, “there’s no one-size-fits-all” strategy, according to Dr. Jay Butler, the deputy director for infectious diseases at the US Centers for Disease Control and Prevention.

In terms of the equity issue, he said he expects that to be addressed at the local level and will differ by community.

“The question that I ask myself every morning when I wake up is ‘Are we ready? I think readiness, preparedness is a process,” Butler said, “And we’re more ready this week than we were last week.”

“We’ll be more ready next week, and if the vaccine is available, we have to go with what we have. We may not be perfect, but every day we’re more prepared than we were the day before,” he added.

With Diablo II, Blizzard is reflecting on its past. But now…