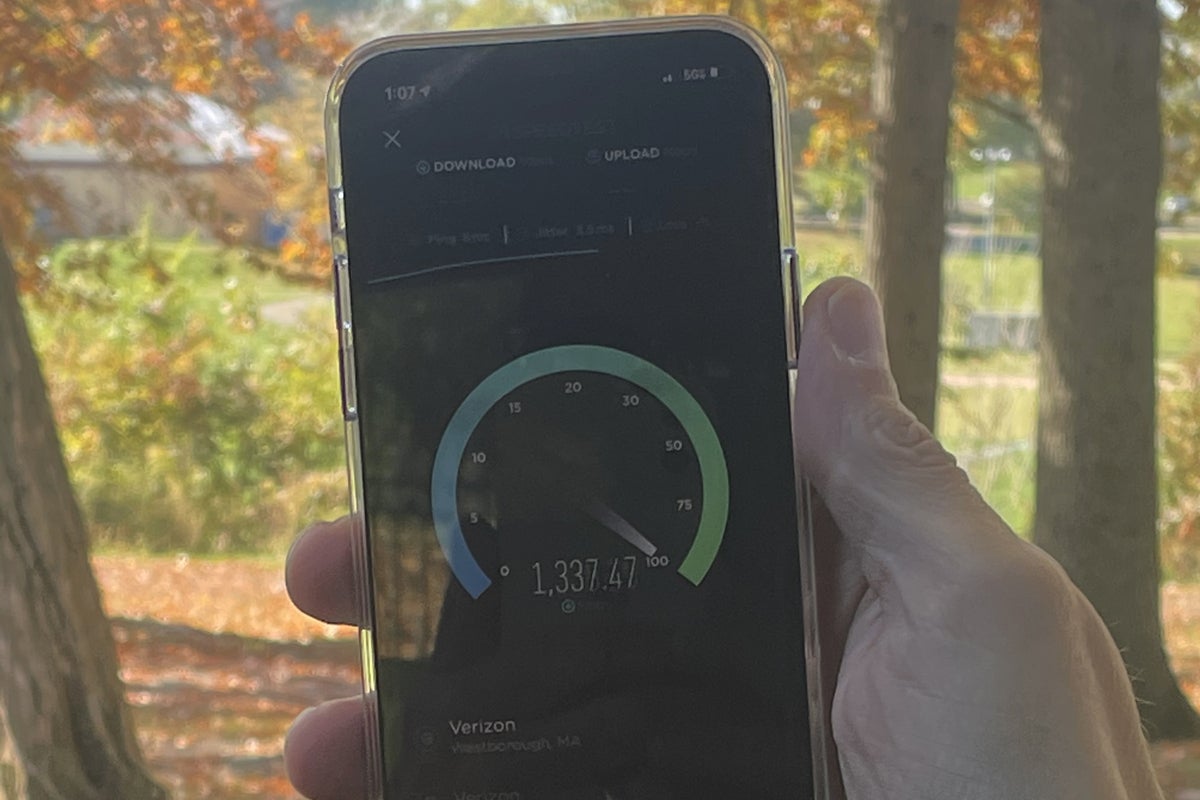 If you’ve seen an ad for Apple’s new iPhone 12, you’ve probably heard that it supports 5G. The next-generation wireless networks promise incredibly fast downloads and uploads wherever you are, and if you subscribe to the right plan and live in the right place you’ll be able to enjoy it on any of the four major carriers.

But even if you opt for a pricey unlimited plan that includes 5G, the speeds you get might not be all you hoped for. That’s because there are two different kinds of 5G: sub-6GHz or “nationwide” 5G, and millimeter-wave or Ultra-Wideband 5G. In short: nationwide 5G is a little faster than LTE and Ultra-WideBand is ridiculously fast.

I tested two networks: T-Mobile/Sprint and Verizon. Verizon, T-Mobile and Sprint subscribers all get access to the broadest nationwide plan, with a million square miles of coverage that reach hundreds of millions of people. If you live in a coverage area, you’ll get a decent speed boost, but depending on how strong the 4G LTE network is, it probably won’t be all that noticeable without running a speed test app, which is exactly what I did.

Based on the map, T-Mobile’s 5G network is a bit broader than Verizon’s. For example, the entire state of Connecticut, where I live, is LTE-only for the most part with the fortunate exception of a small UWB area near my house. T-Mobile offers no UWB component to its 5G network yet.

Of course, your mileage will vary, but when using T-Mobile’s 4G LTE network at my home in West Hartford, Conn., I got a top download speed of around 110Mbps, which is already much higher than T-Mobile’s national average speed of about 25Mbps. When I switched to 5G, that increased to roughly 150Mbps, an impressive jump for sure, but nothing that’s going to fundamentally change the way I use my phone.

You can probably expect speeds that are better than what you’ll get over LTE, sometimes significantly so. For example, my colleague Jason Cross got better than 50Mbps when connected to 5G versus just 15Mbps over LTE. Again, that’s a far cry from the multi-gig, download-movies-in-seconds promise of 5G, but it’s a nice boost.

The good thing is if you’re a T-Mobile or Sprint customer you already have access to their 5G network. The carrier includes 5G coverage on all three of its plans (Essentials, Magenta, and Magenta Plus) at no extra cost, so you’ll automatically enjoy faster speeds without needing to shell out any extra cash.

Ultra lives up to its name

5G on Verizon is a different story. While anyone with a Verizon plan will see a 5G icon on their iPhone when they’re within a coverage area, most people won’t get the speediest version of it.

As announced at the iPhone 12 launch event, Verizon now offers a sub-6GHz nationwide plan. Like T-Mobile, it is available to all subscribers at no additional cost, even if you don’t have an unlimited plan. As long as you have a Verizon plan and live within one of the 5G coverage areas, you’ll be able to use the next-gen network. Unlike T-Mobile’s network, however, Verizon is using its existing 4G bands to create its nationwide 5G network, so speeds won’t be quite as fast and probably won’t be all that much faster than 4G LTE.

As I said, my home state of Connecticut isn’t included in the nationwide coverage map yet, so I couldn’t test it here. However, my dad lives in Levittown, N.Y., one of Verizon’s brightest nationwide 5G areas, so he was able to test it with his own iPhone 12. When connected to 5G, he reached speeds that topped 60Mbps and averaged around 50Mbps, faster than his usual LTE average of about 40Mbps. That’s not a speed gain that you’ll notice in day-to-day use, but it’s still a nice boost over the iPhone 11’s LTE speeds, especially for free.

If you pay for one of the top-tier unlimited plans, however, you’ll get access to Verizon’s Ultra Wideband mmWave network, which will deliver the fastest possible speeds, provided you live near one. They’re limited to just 55 cities and even within those locations, it covers just a few miles. And even then, mmWave signals are easily blocked by walls, windows, and even people.

But if you can lock in on a signal, Verizon’s UWB network is quite spectacular. I was able to test the 5G UWB network in Hartford and I was blown away by the speeds it delivered. At peak speeds, I topped 1.5Gbps download and better than 50Mbps upload, both substantially better than even the gigabit internet at my house.

Even while riding in a car (in a passenger seat of course), I was able to sustain around 300MBps for about a mile, and when I stopped, speeds instantly jumped to a gig-plus. With the windows rolled up, I still approached 1Gbps in most places I stopped. When I was on the edge of the network’s reach, I was able to get impressive speeds above 200Mbps.

However, while those speeds are incredibly impressive, I wouldn’t recommend jumping at one of the pricey unlimited plans, which start at $80 a month for one line and top out at $180 a month for four lines. Even though the coverage in the Frog Hollow neighborhood of Hartford was better than the network I tested last year in Providence, it’s still a far cry from being as useable as nationwide 5G or LTE.

As it stands, you’ll need to pick out specific areas to do your downloading, and it’s most useful as a way to show off what your iPhone can do rather than actually doing anything with it. Still though, it’s pretty amazing.