There should be no doubt about Michele Flournoy for defense secretary 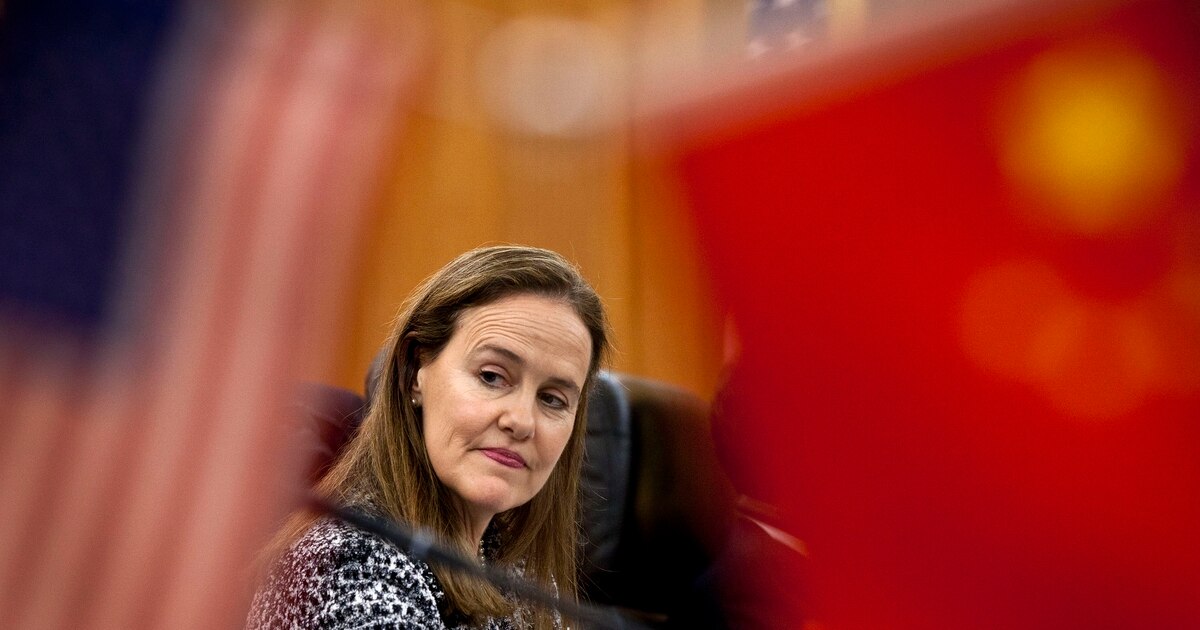 Current media reports would lead us to believe that questions are being raised about the qualifications of former Under Secretary of Defense Michele Flournoy to be nominated as secretary of defense, including whether her connections to the defense industry should disqualify her candidacy.

The primary criterion for assessing any nomination for secretary of defense at this dangerous point in U.S. history is whether the nominee has the experience, competence and steadfastness to oversee the most powerful military in history and the wide-ranging defense establishment that supports it. Clearly, by all accounts (including my own), the answer to these questions regarding Ms. Flournoy is a resounding “Yes.”

Michele Flournoy’s experience and record as a Pentagon official and in numerous capacities since she left the Department of Defense are impeccable. I witnessed firsthand the hundreds of contributions that she made to U.S. defense policy and strategy during her official tours in the DoD since 1993 — when we both first began our tenures as civil servants in the Pentagon — and the recommendations that she rendered across a wide range of issues to presidents and secretaries of defense. The body of her roughly 27 years of work reflects well-reasoned, rigorous, careful and sound policies, all developed by building consensus with other military and civilian officials.

Ms. Flournoy has a particularly effective approach to civil-military relations and effective civilian control of the military at a time when such relations are in need of repair. Her leadership on these issues has been built on her well-earned reputation for effective civilian management of defense matters, on actively seeking out and listening to the views of the uniformed military on major defense choices, and on incorporating those views into her decision-making on the merits. She has taken this approach consistently since she entered the Department of Defense in 1993 and continuing into 2020.

Her first major endeavor in government was a monthslong study of the lessons learned from the disastrous U.S. intervention in Somalia from 1992 to 1993 that culminated in the Battle of Mogadishu, when 18 brave American servicemen lost their lives. Ms. Flournoy responded to the defense secretary’s assignment to find out what went wrong and how to strengthen future U.S. operations with what became her hallmarks: characteristic persistence, strategic thinking and digging into all of the relevant details of the causes of the disaster.

She worked tirelessly, poring through the daily SITREPs, or situation reports from the units in the field, to understand what went so badly wrong. She was determined to do whatever she could to make a difference for our men and women in harm’s way. When she had completed her task months later, her recommendations came in at much higher levels, drawing upon the complex series of decisions and events that led to the disaster. Most importantly, she outlined the imperative to greatly strengthen integration among U.S. diplomatic, humanitarian and military efforts, noting that the disconnect among the three proved fatal to both the overall operation and the fallen U.S. military personnel. She recommended new cross-government organizational approaches to seek to avoid such horrible outcomes in the future.

Throughout the effort, Ms. Flournoy worked extremely closely with key U.S. armed forces personnel across the broad expanse of units and organizations that were involved, and she incorporated their views into her assessment. Ms. Flournoy would go on to make a host of other major contributions to U.S. national defense, both inside and outside of government, over the ensuing decades, including as the chief architect of the U.S. National Defense Strategy in the late 1990s and most recently weighing in with specific policy recommendations to seek to rebuild the U.S. deterrent against a newly aggressive and dangerous Chinese military.

Certainly, transparency of financial ties should be an additional factor for any Cabinet nomination. In the case of the secretary of defense, any continuing connections to the defense industry should be handled through transparency, divestment of relevant assets and severing of any business connections that would create a potential conflict of interest. (An additional option to allay concerns could include recusing herself from major defense acquisition decisions for any companies for which such a measure would be considered merited.)

However, the main point is this: The fact that she has experience with and deep knowledge of defense industry — which after all provides the U.S. military with the capabilities to defend the nation from military threats — should be considered a plus. Such experience is far preferable than a candidate who has no experience with the defense industry and thus would be less prepared to deal with industry-related issues.

Importantly, Ms. Flournoy recently has outlined a vision of the need to harness emerging technologies to help the U.S. military remain competitive and sustain deterrence vis-a-vis China into the late 2020s and early 2030s. Two key elements of her vision include the development of secure, survivable, artificial intelligence-driven C4ISR and much greater investment in unmanned systems. Realizing that vision will require hard choices about how to fund such capabilities and tough negotiations with both Capitol Hill and the defense industry. Thus, Ms. Flournoy is on record with a vision for U.S. national defense and a process for getting there that, inter alia, will entail winners and losers in the defense industry.

Michele Flournoy is patently capable of leading the essential work for the country — of ensuring that the defense industry produces the equipment and capabilities needed for the U.S. armed forces in a cost-effective fashion. (It’s also important for these purposes who is appointed as deputy secretary of defense and undersecretary of defense for acquisition and sustainment.)

In sum, there are decades of a stellar record why Ms. Michele Flournoy is qualified to be nominated as secretary of defense. If confirmed, Ms. Flournoy would be the first female secretary of defense in American history, a long-overdue milestone and one for which the Biden administration would be credited for decades to come.

Barry Pavel is senior vice president and director of the Scowcroft Center for Strategy and Security at the Atlantic Council. He previously served as a career member of the Senior Executive Service in the Office of the Under Secretary of Defense for Policy.