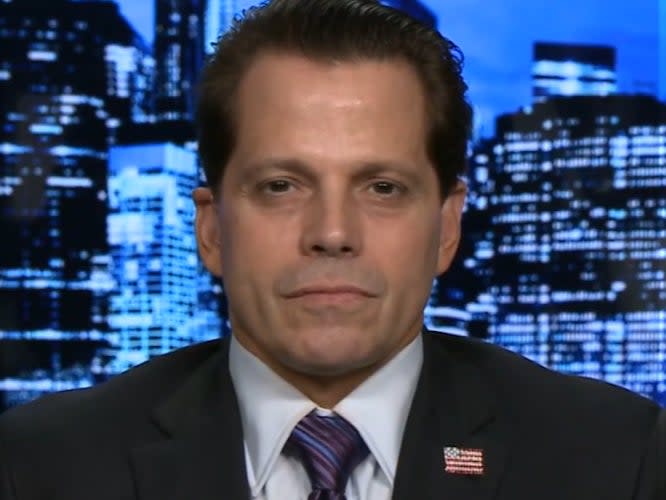 During an interview with CNN this week Mr Scaramucci was asked by host Don Lemon what he believes is the president’s endgame with the “bogus lawsuits” filed against the 2020 election.

Joe Biden was announced as the winner of the presidential election by major news outlets on 7 November. Mr Trump has yet to concede to the president-elect and has continued to promote baseless claims of election fraud.

“It’s a combination of three things,” Mr Scaramucci said in response. “Studying the legal cases there’s no real standing on any of these legal cases which is why every sophisticated lawyer is dropping out.”

“The president has three pieces to his endgame right now,” Mr Scaramucci reiterated, outlining how he believes the president is aiming to “raise money”, “exert power” and avoid legal “fear”.

“They’ve got to continue to pay down debt and they need money for their forward operations and so in the footnotes: please come and help me and raise money,” he said.

The Trump campaign has been raising money from supporters since the election began to tilt in favour of Mr Biden to go towards the extensive legal fight over the election result.

He added: “And the third reason is he’s paralysed with fear because he’s got a whole host of investigations coming and he’s got a tonne of debt that is outstanding.

He went on to urge the members of the Republican party that are loyal to Mr Trump’s to cease assisting the president, saying that Mr Trump has “disdain for these people.”

“He’s only as powerful as his willing accomplices,” Mr Scaramucci, who was fired as White House director of communications after just 11 days in July 2017 and has since turned against the president, said.

The former investment banker has made regular TV appearances following his brief position in the White House, offering iinsight into the president and speculation on his motivations.

He concluded by warning the people who are supporting Mr Trump to “wake up” saying his “political power is going to dissipate very quickly” past Mr Biden’s inauguration.

How Anthony Scaramucci turned against Trump

McCarthy: GOP will ‘accept’ 2020 election results even if Trump loses

Covid: Pentre funeral for mother and sons who died with coronavirus

Shark’s Stick Vacuum Is No Dyson-Killer